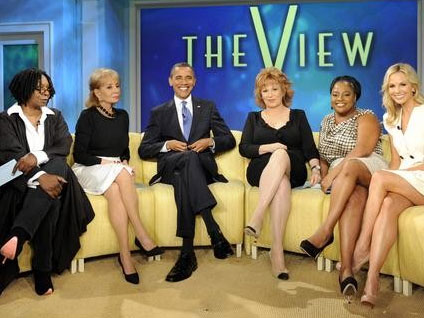 NEW YORK (CBS) President Obama is keen on a number of pressing national and global issues, but when it comes to one MTV show, the "Situation" is, well, quizzical.

While sitting down with the ladies of "The View" on Thursday morning's episode, his pop culture bulb apparently goes dim when asked about the reality series "Jersey Shore" and its star, Nicole "Snooki" Polizzi. Mr. Obama says, "I've got to admit, I don't know who Snooki is."

But is the President really unaware of the 22-year-old bronzed  realiity startlet?

Interestingly enough, according to Radar Online, the President name-dropped Snooki in May at the White House Correspondent's Dinner. The President said, " The following individuals shall be excluded from the indoor tanning tax within this bill: Snooki, JWOWW, The Situation and House minority leader John Boehner."

Uh oh, is there a possible "Snooki"-Gate  here?

Snooki sure does know of the president. The reality star disapproves of  the government's proposed tanning tax. The New York Daily News reported that Polizzi said, "I don't go tanning anymore because Obama put a 10 percent tax on tanning." Also , she added:, "And I feel like he did that intentionally for us."