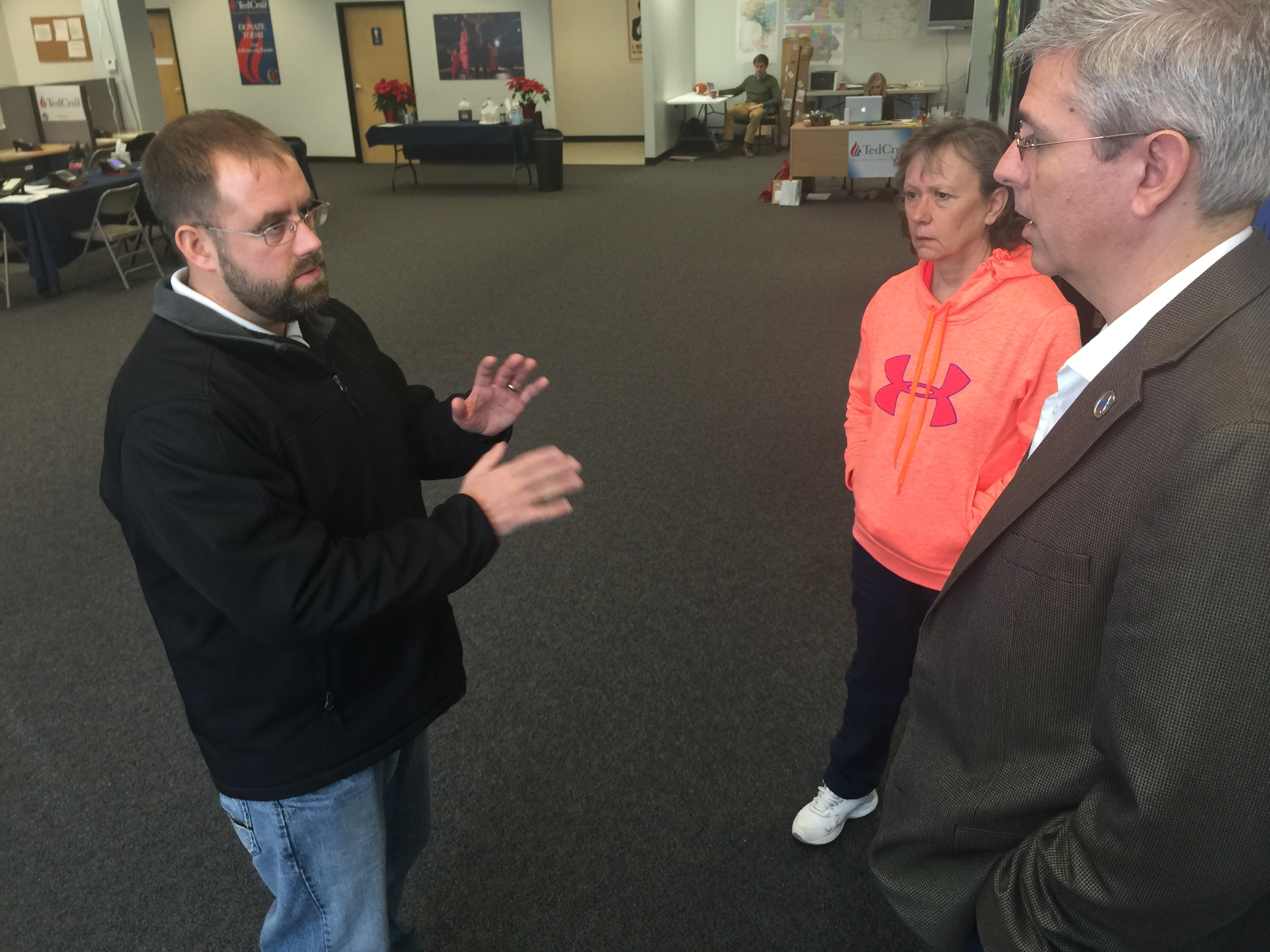 In August, U.S. Army veteran Spence Rogers sold his house in Tampa, Florida and bought an RV, and set off with his wife and three children for a cross-country adventure.

Instead, they found themselves parking semi-permanently on flatter land.

Rogers, his family and the RV ended up in Iowa -- a state he had never before visited -- and instead of sightseeing, he signed on to be Cruz's deputy director for Iowa.

Rogers, who has an MBA and his own marketing company, is a West Point graduate who served in the Army for seven years and helped lead 2007 Iraq war surge as a logistics officer.

"I wrote the order, I briefed all the company commanders, and then I actually ran it that night. And we had to set up three coalition outposts and one joint synchronization center," Rogers recalls. "We had like 10 days after we got in country to do this."

Bryan English, Cruz's Iowa State Director, was looking for someone who could re-create that surge in Iowa.

During the fall and summer months the campaign had flaunted its frugality and didn't invest in much Iowa infrastructure beyond its single campaign office and 8 paid staffers, but in recent months it has built a robust organization, in tandem with Cruz's rise in Iowa polls.

English needed to be able to deploy its 700 out-of-state volunteers effectively throughout the state from December until the caucuses, in addition to the thousands of Iowan volunteers.

"He needed someone who could help him ramp up very quickly," Rogers says of English.

Rogers was the perfect fit. And it all happened pretty quickly in late September when Rogers got a call from a friend from Ron Paul's 2012 presidential campaign in Florida who was working on Cruz's campaign.

On Wednesday morning, Rogers sported a pair of worn-in jeans and thick-soled hiking boots and held a sheet of paper in one hand and a pen in the other as he led the meeting for more than 25 mostly out-of-state volunteers. Rogers doled out statistics, reminded campaign staff to keep the office clean and gave signed Ted Cruz photos to volunteers who had made the most calls and knocked on the most doors on the previous day.

Daniel Rose, a student at The University or Virginia Law School who is volunteering for the campaign for the week, received an award for knocking on 170 doors in one day. The award energized the 30-year-old. As Rose hit the doors again, he told CBS News that he was out to "to try and beat yesterday's level."

"It is managing people, making sure you have the right people in the right place and using their skill set as best you can. Where they are happy with what they are doing and where they are contributing," Rogers said.

One volunteer approached Rogers and English, suggesting that the campaign reach out to Catholics. "I have been calling them, and they are really nice," she said. Rogers assigned someone to look into it. Volunteers picked up phones and read from a script highlighting Cruz's position on national security: his plan to tear up the Iran deal, secure the border and defeat ISIS. A sign at each desk reminded callers to "stay on script!" and "avoid the temptation to comment on other candidates."

When Rogers lived in Florida, he saw the candidates who were in the state -- Jeb Bush and Marco Rubio -- but didn't like their mainstream GOP leanings.

"A lot of times they would counter the conservative candidates," he said. "They would always endorse the local establishment candidates in Florida."

Roger probably misses the weather in Florida, especially given the thin walls of the RV in the considerably chillier climes in Iowa. Recently, though, some friends helped him winterize his RV, just in time for the less than balmy -9-degree weather. But he's not complaining.

"It is nothing compared to combat situation, where you're out all the time, 24 hours a day," Rogers said.