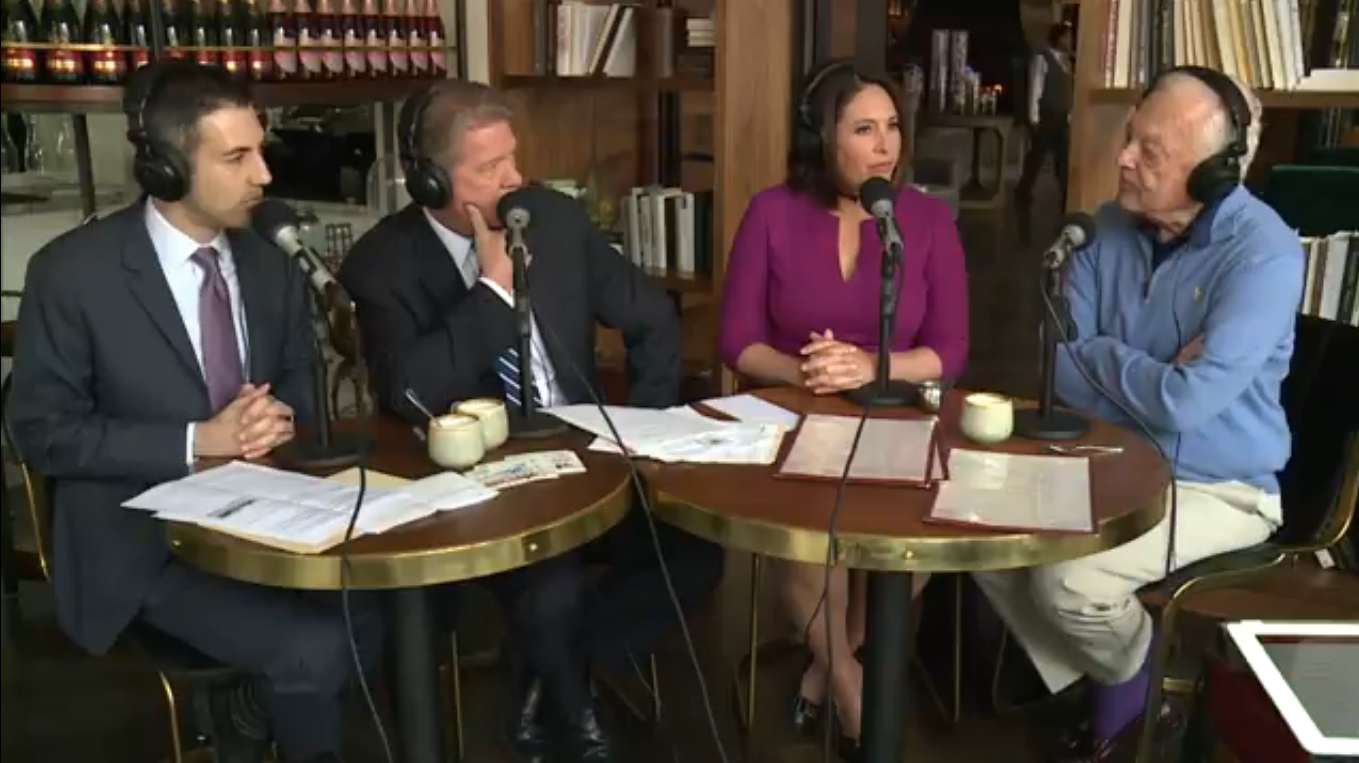 Legendary CBS News correspondent and former “Face the Nation” moderator Bob Schieffer is the first to acknowledge he has never seen anything like the 2016 presidential campaign.

“You know, that became a drinking game among the younger people,” he said on the latest episode of The Takeout podcast. “Every time I said that on television, they had to take a shot.”

Now, as President Trump approaches his hundredth day in office, Schieffer, who has spent six decades covering politics, mused that the latest surprise is the apparent change in the president’s path.

“We see things that were said during the campaign that we’re now saying other things,” he told podcast hosts Major Garrett and Steve Chaggaris, and fellow guest, Congressional Correspondent Nancy Cordes. “He seems to be moving more toward the policies at the center. And how long he stays in the center lane, I have no idea. But at this point, that’s what it looks like to me.”

Just this week, President Trump announced he feels NATO is no longer obsolete, as he once often declared. After promising in August he would direct his Treasury secretary to label China a currency manipulator, he told the Wall Street journal Wednesday he now believes China does not manipulate its currency and that his administration will abandon that pledge. Candidate Trump didn’t want to get “involved” in Syria. However, as president, he drew bipartisan support last week when he issued an order for 59 missiles to be launched on an airbase in Syria following chemical attacks there by President Bashar Al-Assad’s regime.

“That’s a butcher,” Mr. Trump said at a press conference Wednesday. “So I felt we had to do something about it.”

CBS News Congressional Correspondent Nancy Cordes noted, just as President Trump’s views are changing, so are the attitudes Republican leaders in Congress are taking toward him.