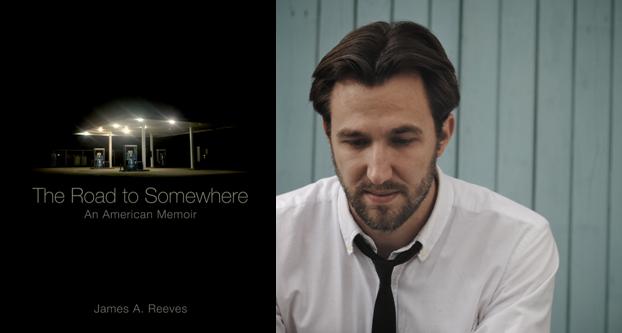 James A. Reeves: Politics at first, then it got personal. In 2004, I was unnerved by how polarized the country had become (although that year seems optimistic compared to the national mood today). I was living in New York City, which is an ultra compressed version of America yet it tends to look inward and there aren't any mountains, so I drove across the country for the first time, thinking I might understand the talk about Main Street and "the real America." Once I hit the road, however, the grouchy political chatter felt like passing static. I was far more interested in the landscape, the endless loop of empty towns and thundering sprawl, the people that I met, and the thoughts that churned up while speeding through the desert. I discovered the same thing that so many others have reported: America is big, beautiful, and strange -- and I fell hard for it. So I kept driving. I became fixated on traveling around the country and, in retrospect, I made several professional choices so that I could rent a cheap car every few months and drive around some part of America that I hadn't seen before. It opened my mind, but I also began to get confused. I started to wonder how I was supposed to function as a man in this country. What should I be doing? After I lost my mother, I drove for a month, unsure of where to go or what to do next. Then I got serious about pulling all my notes and photographs into a book.

JR: That stealing five or ten minutes in gas station parking lots and subway stations could add up to a 416-page book. For too many years, I subscribed to the myth of the cloistered writer and the flash of inspiration. I believed that if I cleared my calendar and sat in front of a blank page, I'd become so inspired that I'd crank out a book after a few fiery days of writing. But that magical moment never arrived. Maybe the creative process works that way for some people, but not me. I learned the hard way that it's just slow and steady work, and you need to fight for time to do it. So I try my best to put in one good hour of writing every day, no matter what else is going on in my life, and hopefully it'll add up to something worthwhile after a year or two.

JR: I don't know if I'll ever afford to be a full-time writer. These days I run a design studio in New Orleans called Civic Center, and we work on projects that champion cities. I also have a background in education, I've started design programs, and I've taught college; I recently finished my first year of law school because I wanted to see what it was like. It wasn't fun. Late at night when I lower my guard, I sometimes wonder if running a design studio or going to law school are little more than incredibly elaborate forms of procrastinating on writing. They might be. The upshot to having a full-time job is that I'm always learning new things and having experiences outside of myself. But hopefully someday the balance will shift a little and I'll find more time to write than I have now.

JR: I'm trying not to spend so much time reading the Internet. I've been a spastic reader lately. Immediately after my last exam in law school, I surrounded myself with novels because I realized that a good novel is the most important thing to me; the ability to tell a good story that makes you feel like part of something larger is the skill that I admire most. I was craving fiction so I blindly bought about a dozen novels that recently won big awards. This week I'm reading Shirley Hazzard's "The Great Fire," which is a beautiful and dignified book. Peter Matthiessen's "Shadow Country" is next in my queue; I'm excited to read about pioneering in the Everglades.

JR: Last month I crossed the halfway mark of my first novel: it's about an old man who travels from Jacksonville to Palm Springs to kidnap the host of the third most popular radio show in the country. The working title is "Tragic Americans on the Radio." At first I had the ambition to write a big literary thing about my feelings about living in a country that seems like it's breaking down. Then I discovered my book got more interesting when I fed my characters a lot of booze and gave them guns. Now I simply want to write a novel that keeps you turning pages when you should be doing other things. And hopefully it might say something worthwhile along the way.

I'm also collecting interviews and photographs of people who've been in fights. I think a collection of stories of fistfights across America might offer an interesting portrait of the country. Does a young man on Wall Street get into a fight for the same reasons as a rancher in Wyoming or a kid in St. Louis? What does it take to get into a fight, anyway? And how do these personal stories connect to our obsession with violence as entertainment? Maybe this book will answer these questions. At the very least, I'll meet some interesting people.

For more on "The Road to Somewhere," visit the W.W Norton website.