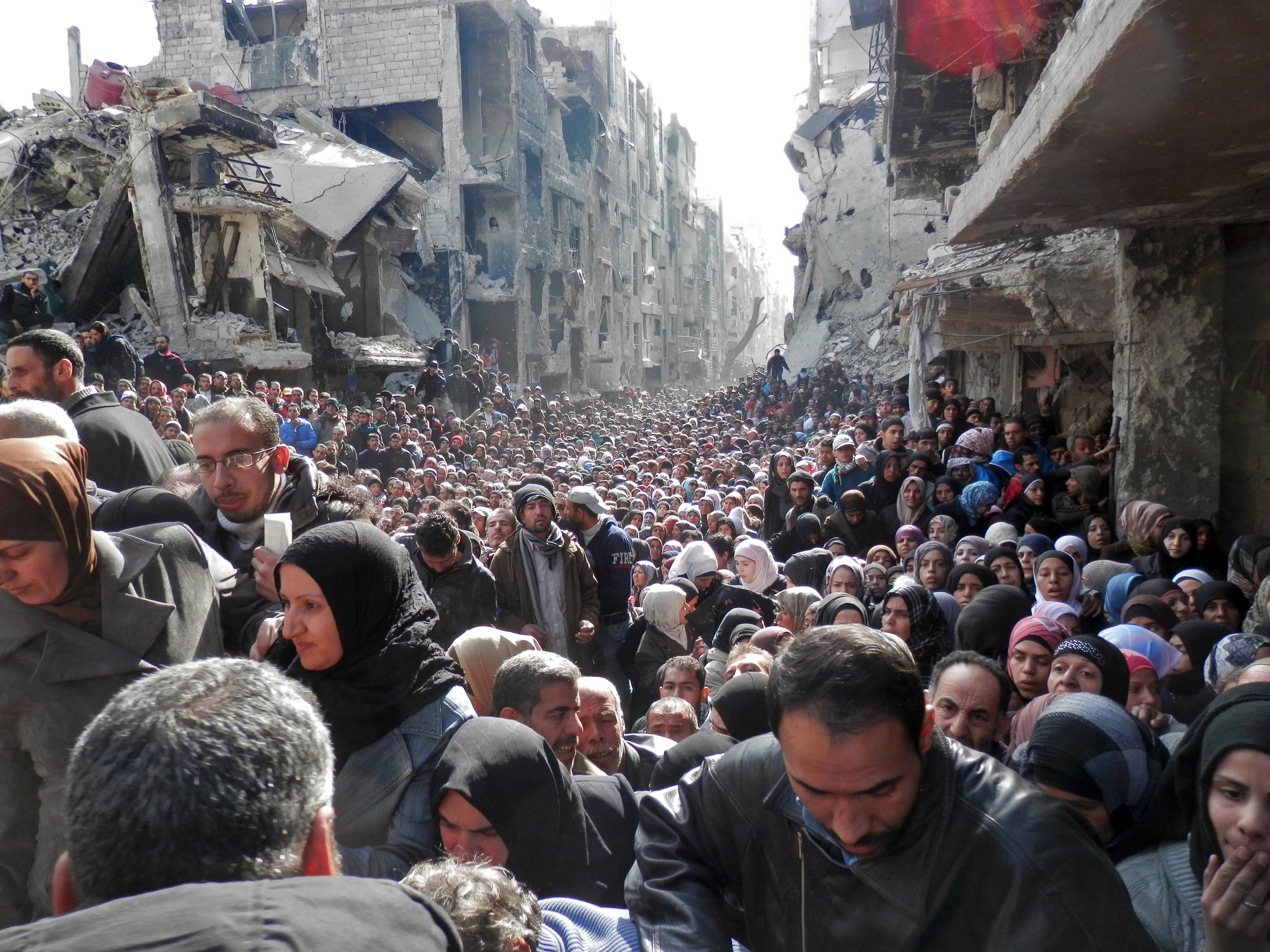 The United States admitted nearly 85,000 refugees in fiscal year 2016, according to the Pew Research Center. Almost 39,000 (46 percent) of those refugees were Muslims. Roughly 12,500 were refugees from the Syrian civil war.

The order led to the immediate denial of entry for refugees -- before takeoff at foreign airports or they were detained at U.S. airports after arriving. The Associated Press reported Saturday, “Seven U.S.-bound migrants — six from Iraq and one from Yemen — have been prevented from boarding an EgyptAir flight to New York’s JFK airport.” And two Iraqi refugees were detained at JFK late Friday. According to their lawyer, one of the men spent 10 years assisting U.S. military efforts in Iraq before heading to America, and the other was heading to reunite with his wife and child in Texas.

Opponents argue that the U.S. has long been a nation that welcomed immigrants and refugees, and that it’s callous to turn our backs on people fleeing a bloody civil war. They point out that refugees were already undergoing very stringent screening procedures under the previous administration. Some point to historical examples, now widely considered shameful, in which the U.S. turned away refugees fleeing conflict – including the decision to turn away Jewish refugees fleeing the Holocaust during World War II. Others have argued the faith-based litmus test for prioritizing refugees is is unconstitutional because one religious denomination cannot be officially preferred over another.

Opponents of Trump’s move have also advanced a national security argument: They believe the move plays right into the hands of extremists who would like to create the impression that the Christian U.S. is in a religious war with Islam. They worry it will be used as a tool to recruit more terrorists to the jihadi cause.

Why it matters in the power struggle in Washington:

Only a few of the Republicans who spoke out against Mr. Trump’s proposed ban on all Muslim immigration during the campaign have voiced concern about Friday’s announcement - most in the GOP have been either supportive or silent. Democrats, for their part, have been near-unanimous in voicing opposition to the policy, but they can’t do much to stop it.

What to watch for next:

Many things about the ban need clarification, and legal challenges are underway. Human rights groups have reported legal permanent residents of the U.S. from the seven restricted countries - green card holders  - are being stopped in foreign airports as they tried to return from funerals, vacations or study abroad.  Princeton University has begun counseling foreign students with visas from the affected countries, to defer travel outside of the US or to obtain legal counsel.   The Council on American-Islamic Relations (CAIR) has announced plans to file a lawsuit to challenge the constitutionality of the order, arguing, “[I]ts apparent purpose and underlying motive is to ban people of the Islamic faith from Muslim-majority countries from entering the United States.”