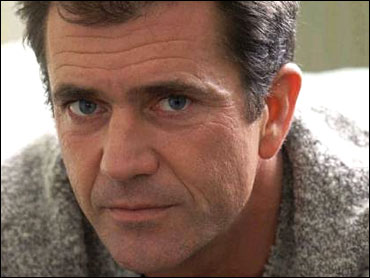 Mel Gibson's new movie, an epic about Jesus Christ's betrayal, arrest and death, has been stirring up controversy for months though it won't be released until Feb. 25. Critics claim it is anti-Semitic and exceptionally violent.

But, reports CBS News correspondent Elizabeth Palmer, this is nothing new for movies about Jesus. "The Life of Brian" in the 1970s was attacked for being too irreverent; in the 1980s, "The Last Temptation of Christ" came under fire for being too sexual.

Fueling the current debate is Gibson's reputation as a devout, ultra-conservative Roman Catholic. It is the first time that the Academy Award winning actor-director has has tackled the sacred on screen.

At a press conference in 2002, Gibson said, "It's about the last 12 hours in the life of Christ. It's a rendering for me that is very realistic and as close to what I perceive the truth to be as possible."

But there are still plenty of the kind of graphic action sequences that Gibson has made his signature in movies like "Braveheart."

In addition to the violence, which some critics claim is gratuitous, some Biblical scholars are saying historical inaccuracies make the movie anti-Semitic. They say it blames the Jews for killing Jesus, a position the Catholic Church renounced almost 50 years ago.

"The movie portrays the (Jewish) high priest as manipulating an
indecisive, weak, Pontius Pilate," says Rabbi Eugene Korn. "Somehow, he gets Pilate to do the violent, dirty work."

Defenders of the film say it points a finger, not at all Jews, but at an individual, the Jewish high priest Caiaphus. And the Rev. Augustine di Noia, a Catholic priest, says the movie actually points an accusing finger at all of humanity.

"All of us are responsible for the death of Christ," he says.

Vatican officials say Pope John Paul II saw the movie and thought it represented Christ's final hours accurately. But other religious leaders don't agree and many are dismayed at the violence.

"It is the most violent, the most graphic depiction of the crucifiction and the passion story that I have ever seen," says Rabbi Korn.

But Father Di Noia says the violence serves a purpose: "Your heart would have to be made of stone not to be moved by this film, and also by its endeavor to bring to the screen the love of God."

Jess Cagle, The Early Show entertainment contributor and People magazine senior editor, has been following all of the commotion surrounding Gibson's film. He says at the heart of the controversy is "Mel Gibson's extreme passion for his very ultra conservative Catholic faith."

Very early on, Cagle points out, Gibson had trouble with his script, which was purloined. He says, "A script escaped Mel Gibson's office. A group of religious authors said, 'Change this.' Mel's response was, 'Back off. I changed nothing. It's a work in progress and you stole my script.'"

Gibson spent $30 million of his own money to make this movie and, Cagle notes, all this controversy may make that a very lucrative investment.

In fact, Cagle says Gibson originally had difficulty getting a distributor because some worried about a Jewish backlash.

Cagle says, "I think some of the big city (distributors) were a little nervous, but once the controversy started and people began to see it and say, 'Hey, this movie is not anti-Semitic; the only problem is it's really, really violent' Everybody wanted to see it. And Mel Gibson entered a partnership with a company called New Market and ultimately he'll make more money."

The film is in Aramaic and Latin with subtitles. Cagle says the film is going out on the same number of screens as "Cold Mountain" did: 2,000.

So is this commerce? Is this art? Is it politics? Or is it religion?

Cagle says, "I think that with Gibson, he really made a movie about Christ that he wanted to make. It was a very singular, artistic vision. I actually think he would have been fine if he didn't make any money, but it's all good news for him."

Gibson says he was inspired by God to make this movie. But it won't be clear for a few weeks yet whether this kind of divine intervention will make a difference at the box office.