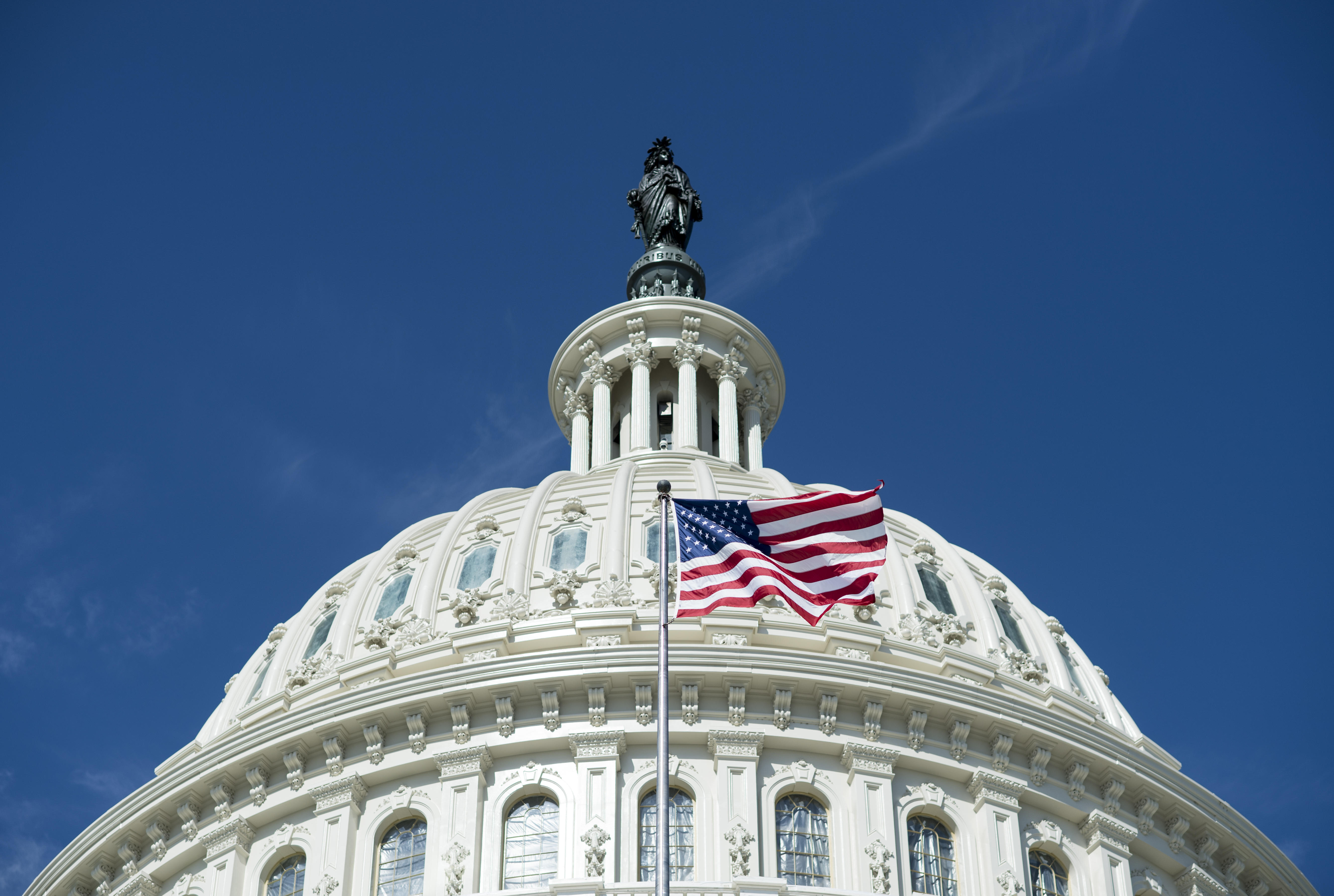 The “nuclear option” refers to a change in the Senate rules to eliminate the option of filibustering a Supreme Court nominee, bringing the votes necessary to approve that nominee from 60 down to 51. It has been termed the “nuclear option” because it is generally regarded as a drastic move that, if taken, would fundamentally alter the Senate’s function in the government.

Some background: President Trump announced Tuesday that he will nominate Federal Appeals Court Judge Neil Gorsuch to the Supreme Court. Democrats are considering whether to mount a filibuster and force Republicans to obtain a 60-vote majority to advance Gorsuch’s nomination. Because Republicans currently hold only 52 seats, a filibuster would force them to win support from at least eight Democrats to proceed. If Democrats successfully blockade Gorsuch’s nomination by denying him 60 votes, some Republicans, including President Trump, have said Senate Majority Leader Mitch McConnell should invoke the “nuclear option” to remove the Supreme Court filibuster and push Gorsuch through with just 51 votes.

How it could affect people:

The Supreme Court is the most powerful court in the land, and its decisions affect every facet of American life – social, political, economic, and more. Supreme Court justices enjoy lifetime tenure, so someone as young as Gorsuch, who’s 49 years old, could serve for many decades before stepping down. His opinions, if he’s confirmed, could affect American jurisprudence for centuries.

The “nuclear option” would make it far easier for Gorsuch and all future Supreme Court nominees to be confirmed.

What supporters of the “nuclear option” say:

Those pushing to eliminate the filibuster for Supreme Court nominees argue the Senate has ceased to function effectively when a 60-vote threshold is required on a given vote. They say the partisan gridlock has become so intense that securing a bipartisan vote on a Supreme Court would be virtually impossible, and they argue that a Supreme Court nomination is too important to be stalled by reflexive partisanship.  “If we end up with that gridlock I would say, ‘If you can, Mitch, go nuclear,’” Mr. Trump said Wednesday.

Some point out that the Senate already changed its rules in 2014 to institute a 51-vote threshold for non-Supreme Court federal judiciary nominees and executive branch nominees. Invoking the “nuclear option,” they argue, would just be another step down the same path.

What opponents of the “nuclear option” say:

Those opposed to eliminating the filibuster for Supreme Court nominations say it would irrevocably alter the Senate’s ability to check and balance other branches of government by removing one of the most powerful tools of the minority party. The Senate was envisioned by the founders as a “cooling saucer” to prevent the government from doing too much, too quickly. By allowing a minority of 41 senators to halt Senate business, Senate rules keep faith with the founders, who wanted to force cooperation between the minority and majority parties in a system in which the House functions by simple majority vote, and the president exercises near-complete control over the executive branch.

That bipartisan cooperation, “nuclear option” opponents say, is especially crucial on something as important and long-lasting as a Supreme Court nomination.

Additionally, some Democrats have defended their right to filibuster Mr. Trump’s nominee by pointing to Senate Republicans’ treatment of Merrick Garland, who was nominated to the Supreme Court last March by former President Obama. The GOP leaders of the Senate never held hearings or a vote on Garland’s nomination, and some Democrats believe turnabout is fair play – that they have every right to stall Gorsuch’s nomination just as Republicans stalled Garland’s.

Why it matters to the power struggle in Washington:

If McConnell invokes the “nuclear option,” it would further empower Republicans, who currently control the White House and Congress, by easing their approval of Gorsuch and any other Supreme Court nominations Mr. Trump makes while the GOP holds the majority in the Senate.

That last detail is crucial, however - the “nuclear option” would empower whichever party holds the majority in the Senate. If the Republicans pull the trigger on the rule change and then lose control of the Senate in the next election, the increased power of the Senate majority would be in Democratic hands.

What to watch for next:

How Democrats respond to Gorsuch’s nomination may go a long way in deciding the fate of the “nuclear option.” If Republican leaders are able to win support from at least eight Democrats, even a filibuster will be unable to prevent Gorsuch’s confirmation. If that’s the case, the motivation to change Senate rules will diminish.

If Democrats are able to prevent Republicans from amassing 60 votes, however, all bets are off. McConnell has largely avoided talk of the “nuclear option” thus far, suggesting the ball is in Democrats’ court and he expects Gorsuch to be confirmed one way or another. He has, however, suggested he won’t be swayed by outside pressure, including from the White House, as he weighs his decision. ““That’s not a presidential decision,” McConnell recently told Politico when he was asked about invoking the nuclear option. “That’s a Senate decision.”