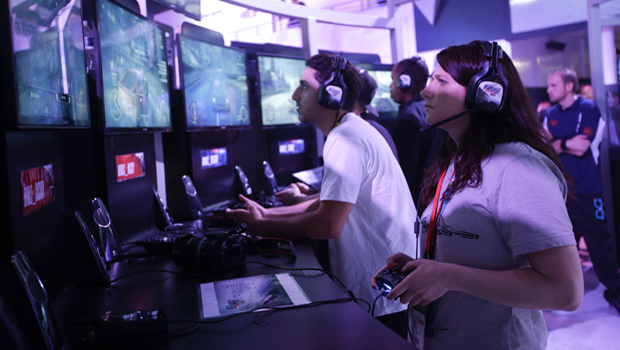 Stereotypes can be deceiving -- even when it comes to something like video games. If you think the average gamer is a teenage boy, think again.

According to a new report by the Entertainment Software Association, adult women represent 36 percent of the people playing video or computer games. Boys age 18 or younger make up just 17 percent of gamers. In fact, female gamers of all ages have been gaining on males and now make up nearly half of the gaming population -- 48 percent, compared to 40 percent in 2010.

"People of all ages play video games. There is no longer a 'stereotype game player,' but instead a game player could be your grandparent, your boss, or even your professor," Jason Allaire, an associate professor of psychology at North Carolina State University, said in the report.

The sharp uptick in female gamers may be due to the rapid adoption of mobile devices such as smartphones and tablets. Forty-four percent of gaming now takes place on smartphones, and a growing portion of that is what the industry calls "casual" games like Candy Crush Saga.

According to another recently published survey by Flurry, a mobile analytics firm, female gamers in the U.S. are more likely spend more time and money on in-app purchases, as well as show more loyalty on mobile than male gamers.

However, some hardcore gamers take issue with the ESA's definition of both games and gamers. Taking to Reddit in response to the study, many argued that the definition was too broad and that there is a big difference between people who casually play on mobile apps and those who invest serious time and money in console and PC games.

User Five_Two_Zero agreed, noting that in other fields, words like "viewer" and "cinephile," "listener" and "audiophile," differentiate between casual users and aficionados. "What equivalent do we [gamers] have for gaming," Five_Two_Zero asked.

The ESA study found that only 11 percent of all players were persistent multiplayer universe gamers, and did not specify the gender breakdown.

ESA also reported that a majority of gamers play with their friends and family members. Gamers of all kinds were found to be spending less time watching television, going to the movies or watching movies at home than they did three years ago.