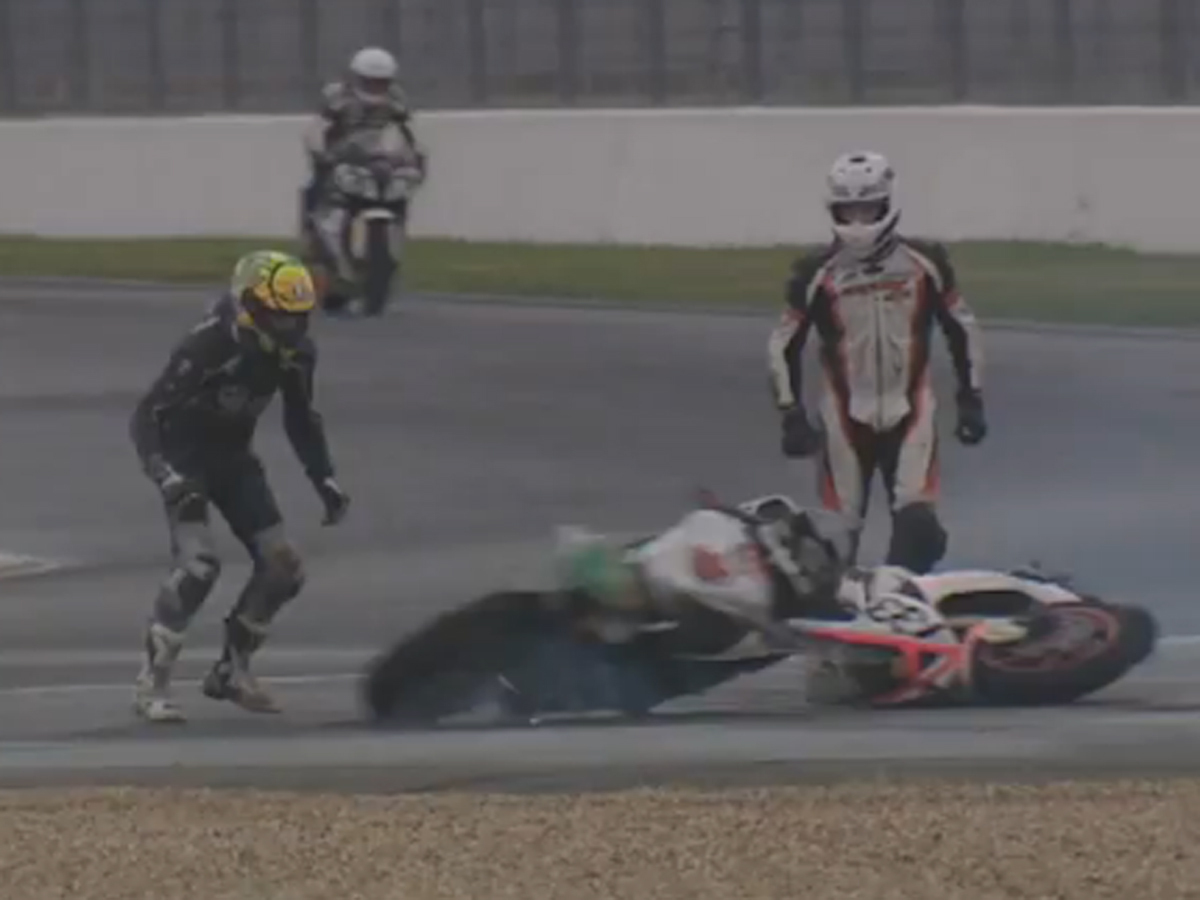 (CBS) - We here at The Feed have seen quite a few videos involving crashes and spectacular feats of motor mayhem. But the above video has to rate as one of the most insane we've ever seen - take a look and see what I mean.

It's both hilarious and oddly hypnotizing to watch, though I definitely feel bad for the two riders.

The poster of the YouTube video "motorstelevision" writes about the incident:

"At Magny-Cours, during a round of the promosport Championship: two riders crash and their bikes lock wheel bars and continue to pirouette on the ground"