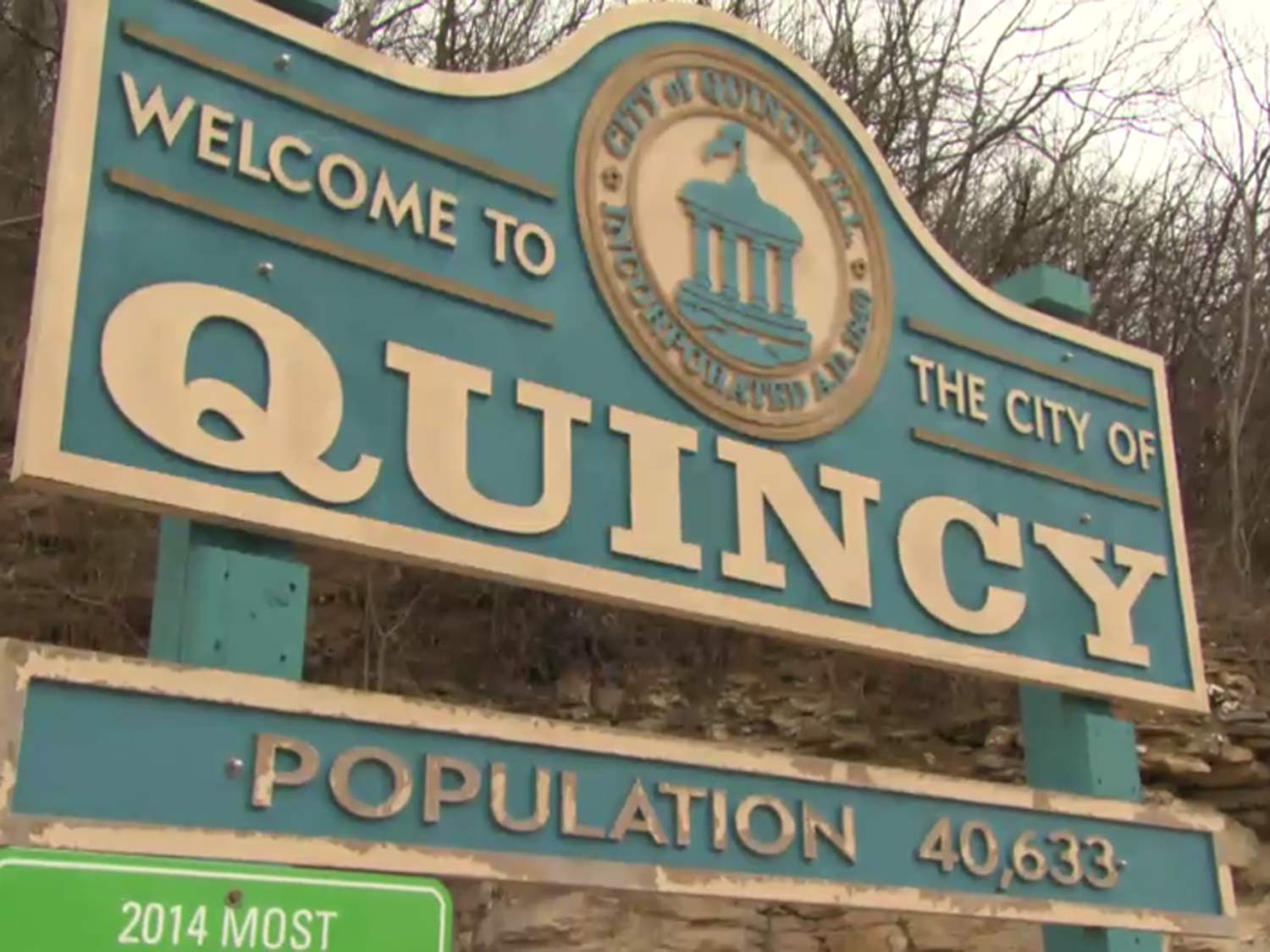 Alec Sirken is a "48 Hours" producer. "48 Hours" investigated the death of Cory Lovelace and the trial of her husband, former prosecutor Curtis Lovelace, in "What Did the Children See?"

Covering a big story in a very small town has a dynamic all its own.

For one thing, the story really matters to the people in the town. When a hard charging former prosecutor was accused of murdering his wife eight years after her death the town of Quincy, Illinois, was in shock.

WATCH "48 Hours:" What Did the Children See?

I spent some years working in nearby St. Louis in the 1980s, but this was my first time in Quincy, and let me tell you, it's full of extremely nice hospitable folks -- just as you'd expect in an old, elegant Midwest river town.

My colleagues and I arrived in Quincy just before testimony started at the end of January, and at first, everyone views you as interlopers. Who are these New York people blowing into town to cover our story? But very quickly, their Midwest hospitality showed through, from the very friendly deputies at the Adams County Courthouse, the wonderful administrative staff there, right up to the Honorable and friendly Judge Bob Hardwick, who, to my eye, looks a little bit like the actor Bruce Dern. I've covered a lot of trials and a lot of judges, and it's hard to remember one who conducted a trial with more even-handedness and gentle authority than Judge Hardwick.

The Lovelace trial, in the words of one local pundit, was "the trial of the century" in this town of 40,000. Of course, we have to keep in mind that the century is only 16 years old so far. But still, Curtis Lovelace was by any measure, a shining pillar of this community. Football star, state's attorney, president of the school board -- you don't get much more prominent than that. Beautiful family, long roots in the community.

So when his wife died under mysterious circumstances in 2006, people talked. And when eight years later he was suddenly arrested after a secret investigation, people were stunned.

Just about everyone knew of Lovelace, and so many people, in one way or another, had a connection to him. So that increased interest in the trial, and the local media were all over it. To give you an idea of how small this town is -- and how even "48 Hours" discovered a personal connection to the case -- it turned out the local CBS affiliate news director who worked with us is the daughter of the original coroner involved in this case! And her sister runs the hotel where we were staying.

Quincy struck me as the ideal-size town to cover a big story: small enough for that intimate small-town friendly feeling, listening to gossip at the local diners and bars -- and to run into people in the case and ask them for interviews -- but large enough to have the kind of infrastructure we need: a Staples store, a Best Buy, large venues to do TV interviews with all our cameras and equipment. And when we finished in the evening, some excellent restaurants. I shouldn't name names really, but have to give a shout out to our two favorites--Boodalu, for an elegant meal; and Thyme Square café for farm-fresh creative lunches that can stand up to any homey restaurant anywhere.

The Lovelace story was a gripping and in many ways tragic tale, that ripped a family apart. But particularly in Quincy, with its populace of solid citizens, it was an example of the justice system at its best: fine lawyers, an efficiently- run trial where everything ran on time and the testimony was straightforward and clear, attentive jurors, and that Midwest simplicity and pride of place. The hours were long, the trial got tense, people's lives were in the balance, but thanks Quincy, for showing us how the heartland of America knows how to conduct public business.