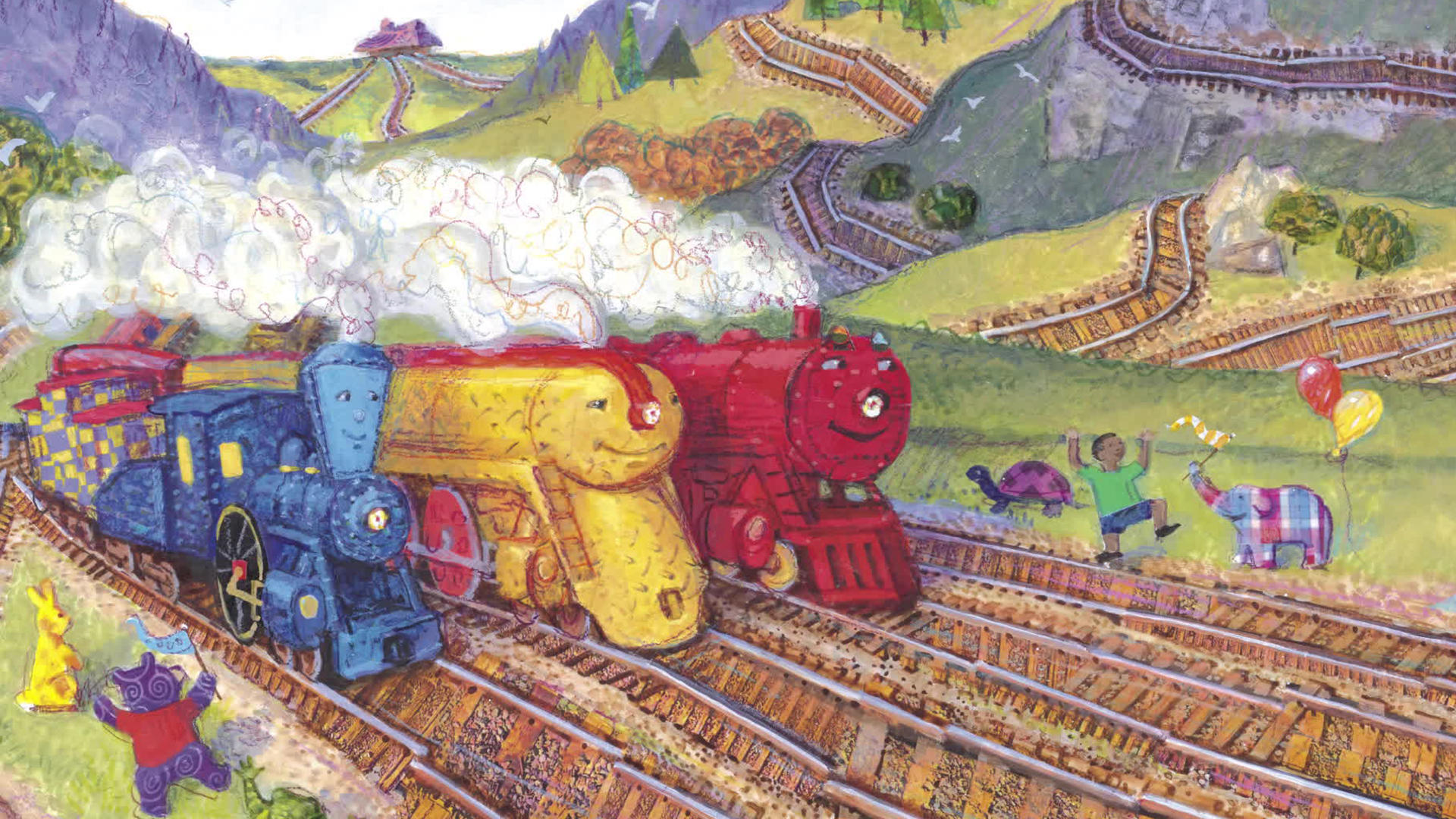 Locomotive No. 40 is more than a hundred years old – still with a fire in her belly that has her chugging her way through the Connecticut countryside to this day. Now, that's determination. She's not unlike "The Little Engine That Could," that train in the children's classic that for more than 90 years has been teaching us that believing in ourselves can get us up and over life's rough spots.

But let's back down that mountain for a second. While the mantra, "I think I can, I think I can …" works pretty well for the Little Blue Engine, what about those who think they can't?

"Working hard and believing in yourself makes achieving your dreams possible, but not always probable," said Bob McKinnon, an author and adjunct professor who teaches classes on social mobility. He's just written what he sees as a companion to "The Little Engine That Could," called "Three Little Engines."

"The stationmaster called to the Little Blue Engine: 'You're up first. Are you ready?' Yes, ma'am,' she replied, and off she went …"

In his telling, the Little Blue Engine does what she always does:

But her friends – the fierce and confident Yellow Passenger Engine, and the strong and fiery Red Freight Engine – don't have it as easy. They each encounter trouble on their tracks that, through no fault of their own, forces them to stop.

McKinnon said, "In the early parts of my life, I was the engine that got stuck. I literally had things that would fall on my track or the winds that were blowing me in the face, and I just got too tired to move on."

McKinnon grew up poor, raised by a single mom. No one in his family had ever been to college. McKinnon was the first, graduating from Penn State in 1990. But it was bittersweet.

"I felt more guilty and more angry when I would look back and I'd see friends or family members that were struggling," he told correspondent Lee Cowan. "I was angry at the system. I was angry at, like, how can we as a country that affords opportunities for some kids or some people, you know, to do well, let so many down? And so, I was frustrated that they were still struggling."

Granted, social mobility is a pretty weighty issue for kids, but McKinnon hopes to ease into the topic by teaching them that they each have their own rails to follow – they're not always equal, but accepting help is a sign of strength, not weakness.

Cowan asked, "You, at one point, actually sat down and made a list of all the people that had helped you along the way. And it ended up being a pretty long list?"

"Yeah," said McKinnon. "I can't tell you how good that made me feel, and how lucky, and how blessed."

The whole Horatio Alger idea that grit and good moral character can improve our circumstances is as old as the transcontinental railroad itself. What's often overlooked, McKinnon said, is the role empathy and compassion play in success, too. "I guess if I had one wish, I would want people to use it as an opportunity to really reflect on their journey," he said.

McKinnon wrote the first draft of his idea in a pretty fitting place: a notebook his own children used for coloring and doodles. "Pardon my chicken scratch!" He wrote it in one sitting.

Sorry, spoiler alert! No tears here – there is a happy ending. All three made it up and over the mountain.

The plot twist? The Little Blue Engine went back to help her friends, a gesture that had little critics cheering.

Amelia said, "I liked how all their trains had their different personalities."

We should all blow our whistles whenever we get up and over a mountain – but real success is giving others that head of steam so that they can do it, too.