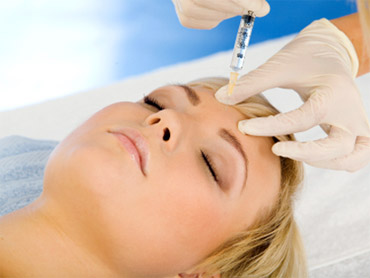 When it comes to stopping the aging process, sometimes Mother Nature needs a little help.

And, as part of its special broadcast, "New Year, New You," "The Early Show Saturday Edition" showcased some of the latest developments in cosmetic surgery.

Michigan-based board-certified plastic surgeon Dr. Anthony Youn had the lowdown on all you should know before having a procedure done — the risks and rewards of the most popular ones.

Youn's blog, Celebrity Cosmetic Surgery, is the most widely-read blog by a plastic surgeon in the United States.

According to the American Society of Plastic Surgeons, more than 12 million plastic surgery procedures were performed in the United States last year, an increase of more than 60 percent in the past eight years. It's estimated that more than $10 billion was spent on such surgery last year.

How has the down economy affected your practice?

All plastic surgeons' business is down. It's a luxury item like a new car. In fact, many surgeons are finding their practices as much as 30-40 percent slower than a year or two ago. That being said, I've actually been doing OK.

What's the most popular procedure you do?

BREAST ENHANCEMENT — Saline vs. Silicone — What's going on in this continuing debate?

Which age group is getting the most procedures done?

A huge percentage of our patients are women in their 30s who've just finished having children and want to get their former body back.

Is there anything new in this arena?

The newest breast implant is the "Gummy Bear Implant." We call it this because it actually feels like a gummy bear. It's a silicone implant whose silicone is so firm, there is virtually no risk that it might leak. It's not FDA-approved yet, but we hope that it might make it big sometime this year.

What about side effects — how risky is this procedure?

How long do the implants last?

Breast implants are not permanent devices, but should last at least 10-20 years. They actually have 10 year warranties on them!

The newest technique in liposuction is laser liposuction, otherwise known as "Smart Lipo." This device uses a laser to melt fat before it's removed from the body, usually using a traditional liposuction cannula. The laser may help decrease blood loss and improve recovery.

What happens after you take the fat cells out of one area of the body — do you start to get fat other parts?

It's a myth that, if fat is removed from one part of the body, it will return somewhere else. If you liposuction fat from your thighs, it won't necessarily come back on your bottom. As long as the person's lifestyle does not change, that fat should be gone forever.

For the scoop on injectables, such as Botox, and laser treatments, go to Page 2.

The most popular product here is Botox. Is there anything new in this area?

Up until now, Botox was the closest thing we had to the fountain of youth. Now, we have a competitor, called Dysport. Dysport works very similarly to Botox in reducing the wrinkles of the upper-face, but costs 20 percent less.

How many people are having this done?

As long as Botox is used as the company recommends, it's extremely uncommon to develop any type of serious side effect. The problems we've seen with Botox have not typically occurred with cosmetic use.

How long does the effect last?

Some people clearly overuse this — how much is too much?

When your face doesn't move, when you look like Cruella De Vil, or when people can't tell if you're mad or surprised — hen you've had too much!

The eMatrix is one of the newest devices in skin-tightening today. It's actually an alternative to more invasive laser treatments. Instead of being a laser, which can burn the skin's surface, the eMatrix uses radiofrequency waves to tighten the deep layers of the skin.

What's it used for?

The eMatrix is used to tighten the skin, remove fine lines, and give a more youthful look to the face.

How many visits does it take?

How long will the results last?

Results could last several years if the patient continues to take care of his or her skin.

Does it hurt at all?

The best thing about the eMatrix is that it's less painful, less invasive, and has less downtime than many current laser treatments.

Any long-term damage or side effects?

As with any skin tightening device, if it's turned up too high, people can get burns. So, make sure you have it performed at the office of a board-certified plastic surgeon.