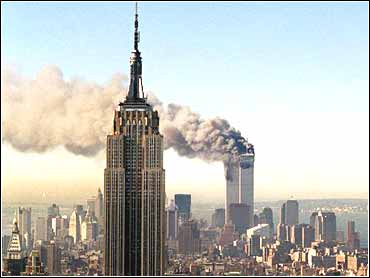 (CBS/AP) Floods, earthquakes, tsunamis, wars and random incidents of violence. It's part of the human condition, broadcast in high definition around the world. Floods and landslides across Asia have plunged millions into misery as rubble-strewn waters killed at least 127 in northwestern China. More than 1,000 are missing in the China flood areas.

The number of people suffering from the massive floods in Pakistan exceeds 13 million--more than the combined total of the 2004 Indian Ocean tsunami, the 2005 Kashmir earthquake and the 2010 Haiti earthquake, the United Nations said Monday. In Indian-controlled Kashmir, rescuers raced to find 500 people still missing in flash floods that have already killed 132, while North Korea's state media said high waters had destroyed thousands of homes and damaged crops.

The daily mortality rate in Moscow has doubled and morgues are overflowing amid an acrid smog caused by the worst heatwave in Russia's thousand-year history, officials said Monday.

On the more directly man-made disaster front, 10 members of a medical aid group, including six Americans, two Afghans, one Briton and a German, were gunned down Thursday after they were accosted by gunmen after finishing a two-week mission providing care to impoverished villagers in Nuristan province.

Civilian war deaths in the first seven months of 2010 in Afghanistan rose by 6 percent over the same period last year, according to the Afghan Independent Human Rights Commission. The Taliban and their allies were responsible for 68 percent of the at least 1,325 civilian deaths, and 23 percent were ascribed to NATO or Afghan government forces. The remaining 9 percent could not be categorized as they occurred in areas too dangerous to investigate, the commission said.