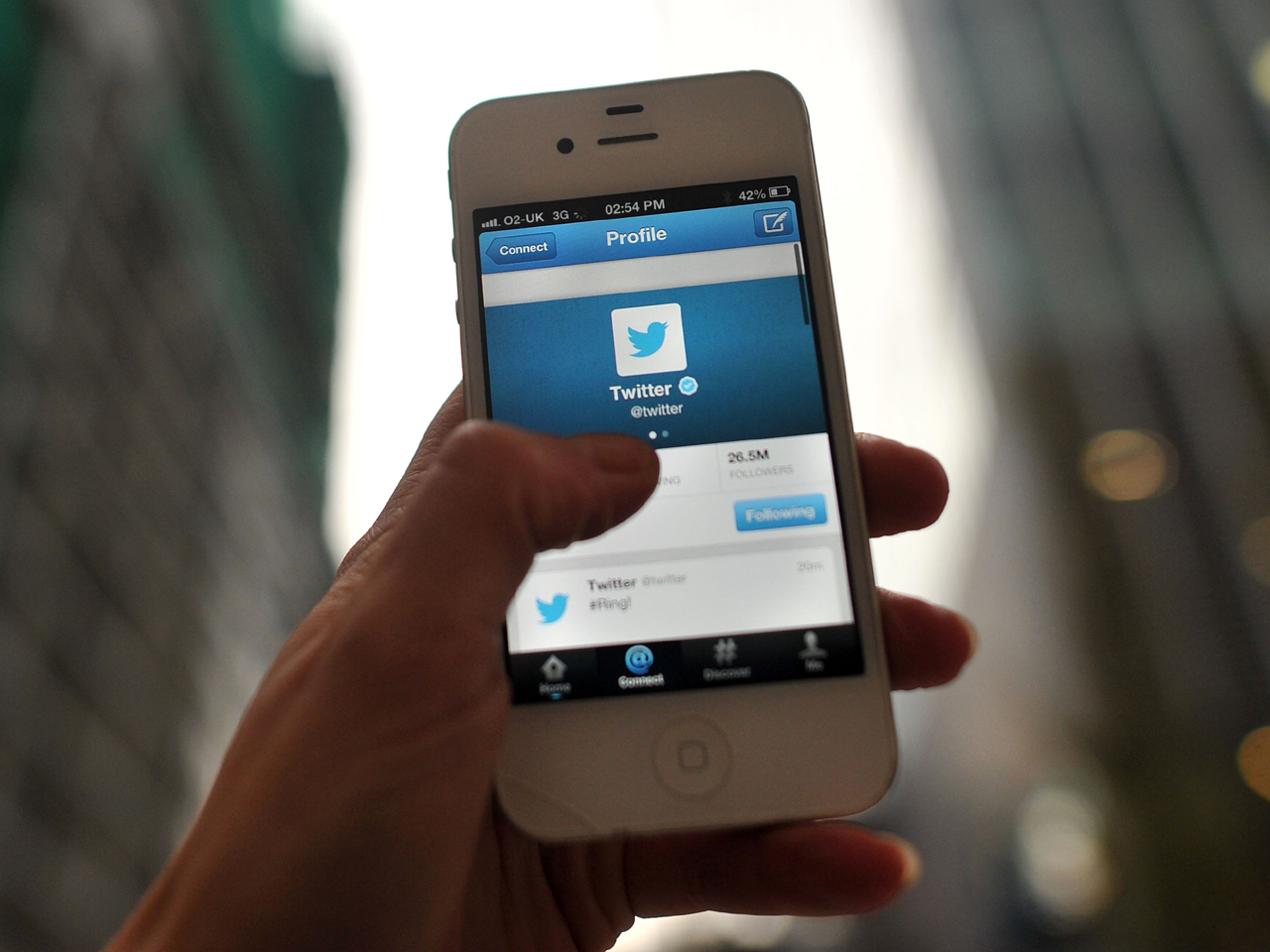 (CBS News) Twitter is a way to transmit brief messages to people around the world. And this past week investors sent their own sort of message . . . bidding up the opening price of Twitter stock a full 60 percent in just its first two days of trading. So why are so many people so bullish on Twitter? Tracy Smith takes a look now in our "Sunday Morning" Cover Story:

At Twitter's San Francisco headquarters, even the folks who didn't make millions in this past week's IPO are treated like they did. They get all the typically enviable dot-com company goodies: a relaxed work environment . . . free gourmet meals . . . and the knowledge that they've helped change the way the world communicates.

President Obama tweets. So does the pope, CBS News, and just about every celebrity you can name.

In case you don't tweet, it works like this: on Twitter, users can send messages through a global online network -- ANY message, as long as it's 140 characters or less.

In two seconds or less, your tweet goes out to everyone who's signed up to see it, and they can send it on (or "re-tweet") to all of their users, and so on, until your tweet makes its way around the Twitter network, and the world, to be seen or answered by anyone.

And you're sure they were the real Drake and Pickens?

"It was the two real people, Drake and T. Boone Pickens, having a conversation on Twitter," replied Sippey . "And that's amazing."

Jack Dorsey co-founded Twitter in 2006, when he and a few pals started sending messages to each other.

"Your original tweets were a lot about, like, what you were eating for lunch," said Smith.

Before long, Twitter took off . . . and so did Dorsey's profile, though he's been accused of taking too much credit for what was really a group invention.

Smith asked, "What's your version of the creation?"

"You know, there's so many different stories, but it's not really the most important thing anymore," he replied.

"Was that frustrating to you, though, to hear other people have different versions of the Twitter creation?"

"I mean, it's not surprising. But you know, if we focus too much on that, we're not going to move forward, right? The past is the past. Stories will be written."

Whatever the story, there's still a lot of room for growth.

In a CBS News poll, only 16 percent of American adults age 18 and over say they use Twitter.

Smith asked about skeptics, who might think, "Who cares about somebody telling me what they ate for lunch?"

"There are always going to be people who are doing that, who are just, you know, 'Here's my dinner,'" replied Lance Ulanoff, editor-in-chief of the online social media blog Mashable.

"The moments that matter in Twitter's life span are when we were told about things that are happening in the real world. And that has sort of solidified its position as a powerful news delivery service for average people, people on the ground."

Or on the water. For example, remember the plane that bellied into the Hudson in 2009? Some of the first images were from a guy tweeting from a ferry boat.

And the first pictures of the Asiana crash in San Francisco this year were tweeted by the passengers themselves.

"Is that 'your lunch'?" asked Ulanoff. "Is that inconsequential information? No, that's sort of life-changing information."

Of course, Twitter had its own life-changing moment this past week: the company's stock price soared 73 percent in the first day of trading, but slid seven percent the next day.

From Wall Street to Twitter's headquarters on San Francisco's Market Street, all eyes are on the numbers.

And the numbers are staggering. According to Twitter, the company has more than 230 million users, who send around a half-billion tweets every 24 hours.

But that brings up an equally staggering number: Twitter's net profit, so far, is zero.

The company says it'll turn that around by selling more ads, called sponsored or promoted tweets.

"Twitter makes money through ads -- as the ads pile up, does that cheapen the experience?" Smith asked Dorsey.

"I think it makes it better," he replied. "You're giving a brand or an organization an opportunity to increase the number of people who might see their content, to see their message."

"It's good for the advertiser, but what about for the person on Twitter who's reading all these ads?"

"Well, they're contextual," Dorsey said. "You know, so you see an ad, you see a promoted tweet within the stream, and it feels like it belongs there. It feels like it's part of the conversation."

And it's an open conversation, which means companies can sometimes get their message across without paying, like this Oreo tweet during last year's Super Bowl blackout -- basically a free ad.

"It explodes virally," said Ulanoff, "and Twitter doesn't really have anything to do with it."

And Oreo didn't pay for advertising.

"So that's the thing: Twitter's a completely open environment," said Ulanoff. "It's not like television, where the average user couldn't suddenly show up on TV talking about something, or some small company couldn't show up and say, 'Hey, by the way . . .' But Twitter is like that."

But as innovative as Twitter may be, the company's drawn fire for having an all-male board of directors. In the recent financial filing, general counsel Vijaya Gadde was the only female in the list of top Twitter executives.

Does that concern her? "It really doesn't," she told Smith. "That is one snapshot of who we are as a company. But it certainly does not tell the whole story.

"I'm sure that will change, I'm sure it will," said Gadde.

"Absolutely," said Gadde. "We get a lot of feedback. And we got a lot of [interest] from] people who wanted to come here. It was an interesting dialogue. It's certainly something that we take very seriously, and is very important to us."

Another change crucial to Twitter's survival: growing the number of people who use it.

Right now, Facebook has four times as many (about 1.1 billion).

When asked where he sees the company 10 years from now, he replied, "We want to reach every single person on the planet."

OK, that could be overly optimistic. But maybe, by giving us a new way to talk about a rapidly-changing world, Twitter has found a permanent place in it.