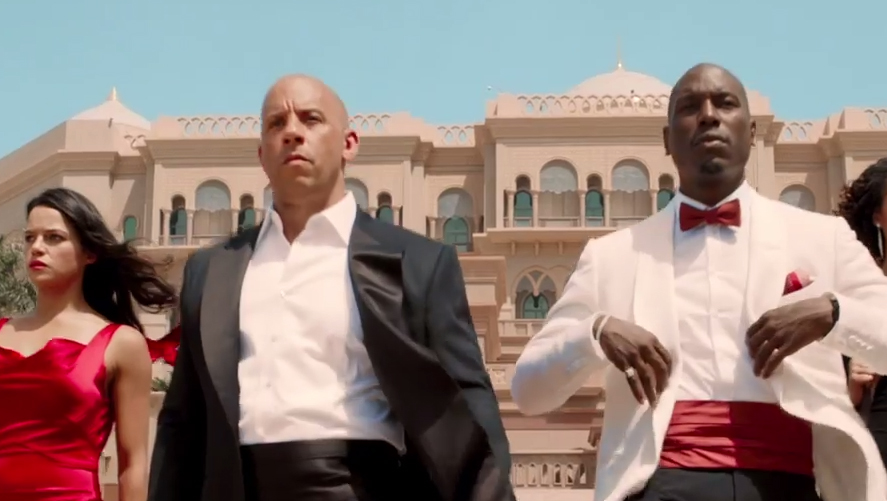 The first trailer for "Furious 7" is out -- and it's action-packed. With high-speed car chases, cars descending from planes (yes, really), gun fights and more, this movie is poised to be a wild ride.

Paul Walker had already started shooting scenes for the film when he died in a car crash in November 2013. His brothers Caleb and Cody Walker stepped in to help finish some of his parts in the movie, which co-stars Vin Diesel, Dwayne Johnson, Michelle Rodriguez, Ludacris, Jordana Brewster, Jason Statham and Tyrese Gibson.

"Furious 7" finds Ian Shaw (Statham) plotting revenge against Dominic Toretto (Vin Diesel) and his pals for the death of his brother.

"I don't got friends," Diesel's Dominic character says at the end of the trailer. "I got family."