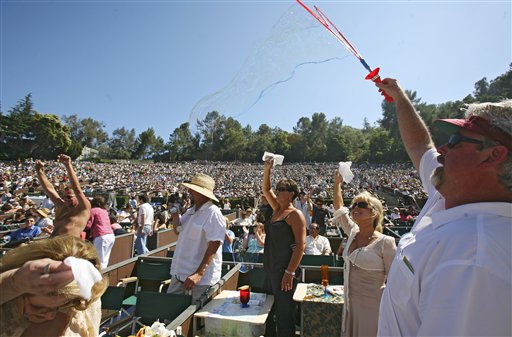 Russia's oligarchs are tycoons, post-Soviet robber barons, a small assemblage of billionaires in a country where three-quarters of the population lives in or near poverty.

They funded former President Boris Yeltsin's 1996 re-election campaign. And while President Putin publicly refused their offers of help during his campaign for election, that might be a Putin put-on.

Russia expert and CBS News Consultant Stephen Cohen of New York University tells CBSNews.com, "The biggest and wealthiest and crookedest of these so called oligarchs are backing Putin and were in part behind his selection and rise to power."

"They’re counting on him to protect them and their wealth," said Cohen, who thinks Putin's background as a KGB officer leads oligarchs to believe he is the kind of man they can do business with.

But they aren't positive he will play ball, because the oligarchs are hated by the electorate.

Ordinary Russians believe the oligarchs made their billions by buying former state industries on the cheap and investing profits abroad.

"They have a chokehold on the Russian state because they privatized most of the utilities," explained Cohen. "They've taken charge of what are in effect a large portion of the world's mineral assets."

The oligarchs won political influence in 1996 by pouring money into Boris Yeltsin's flagging re-election campaign, fueling his comeback victory over a stiff challenge by Communists.

The work of men like oil and media magnate Boris Berezovsky on Yeltsin's behalf gained the oligarchs what Berezovksy himself called "enormous influence" during Yelstin's second and final term.

Reformers are hoping Putin will do more, cracking down on the oligarchs to end their stranglehold on the economy, a grip seen as hindering the development of a free market.

"The concept of oligarchs should disappear, and the concept of competitive big business should appear," lawmaker Irina Khakamada said. "If Putin makes this reality, it will be a revolution."

Putin says tackling corruption is one of his top priorities.

But he has also said he is against "deprivatizing" industries — reviewing the deals that enriched the oligarchs to see if the state deserves more money for the industries it sold off. According to some estimates, $500 billion in state assets were sold for $20 billion.

Also, Berezovsky was instrumental in setting up the Unity Party that's propelling Putin to victory.

Plus, while public furor and the 1998 ruble devaluation forced many oligarchs out of the spotlight, some are inching back to center stage. Berezovsky and another prominent mogul, Roman Abramovich, won parliamen seats in elections last December, securing them immunity from criminal prosecution.

The harshest critics compare the oligarchs to the monarchs, who lived in luxury and lorded over an impoverished nation until the "worker's revolution" of 1917.

At the same time, apologists compare the oligarchs to the robber barons — early American industrialists like Andrew Carnegie and Henry Ford, who also cut corners and used political influence to make money.

Unlike the Carnegies, Rockefellers or Fords, Cohen said, "the Russian robber barons have stripped the assets of Russia. They have not built a single new thing."

A closer look at some of Russia's new oligarchs:

Boris Berezovsky
The oligarch among oligarchs, billionaire Boris Berezovsky straddles the worlds of business, politics, and — some charge — crime. The last title is disputed: Berezovksy is suing Forbes magazine for dubbing him the "Godfather of the Kremlin" in a 1996 article.

An arrest warrant was sworn out last April for Berezovsky's involvement with the Aeroflot airline and two Swiss companies whom he allegedly helped embezzle money from Aeroflot. The investigation was later dropped.

A physicist by training, the 54-year old Berezovksy became Russia's biggest car dealer. Now his business empire includes oil, banks and media. He once claimed that he and six other top businessmen control 50 percent of Russia's economy.

He helped build the new Unity party that’s backing Putin for the presidency.

Berezovsky brokered a $3 million deal to get Boris Yeltsin's biography published and led the coalition that financed Yeltsin's 1996 campaign.

He had close ties with Yeltsin's circle of advisers, including the president's daughter, Tatyana Dyachenko.

In late 1996, Yeltsin made him deputy head of the Security Council.

Berezovsky allegedly used $50 million he was supposed to invest for a company called AVVA to acquire $300 million worth of prime real estate for himself, buy a newspaper, a magazine and part of a TV station.

He led a consortium that bought 49 percent of ORT, the public television station, which Berezovsky has used as a propaganda tool against his enemies.

He has acquired at least 80% of Sibneft, one of Russia's largest oil companies.

Berezovsky nearly died when his car was blown up in 1994. Now he drives around in a dark-blue, bulletproof Mercedes and has a private security staff numbers 150.

Since he rarely appears in public, the Russian media have ubbed him a new "Rasputin." That’s a reference to the mysterious monk who held sway over Czar Nicholas’ family in the last days of Imperial Russia.

A 1992 probe into his alleged theft and sale of Russian military fuel tanks to a foreign business never resulted in charges being brought.

Mikhail Khodorkovsky
Through his ownership of the now-defunct Bank Menatep, Khodorkovsky held a 10 percent stake in Moscow Times' parent company Independent Media, which also publishes Playboy and Cosmopolitan in Russia.

He also is part of the Berezovsky consortium that control the public television station, ORT, and has connections to the head of the Itar-Tass news agency.

Menatep reportedly came under investigation in the Bank of New York money laundering scandal, but has denied wrongdoing.

As head of the Yukos oil company, Khodorkovsky recently inked a deal to provide an additional 1.5 million tons of oil to China.

He started as more of a politician than an oligarch and was seen as the point-man in efforts to liberalize Russia’s economy. The cosmopolitan Chubais wowed Western media during visits overseas.

But Chubais’ enemies saw him as a mastermind behind dubious privatization deals.

When he was sacked from the finance ministry in 1997, news accounts suggested it was because parliament was upset that he accepted $90,000 to co-author a book on privatization.

He also was the subject of a scandal in which he and four other Yelstin ministers were accused of taking bribes from a bank.