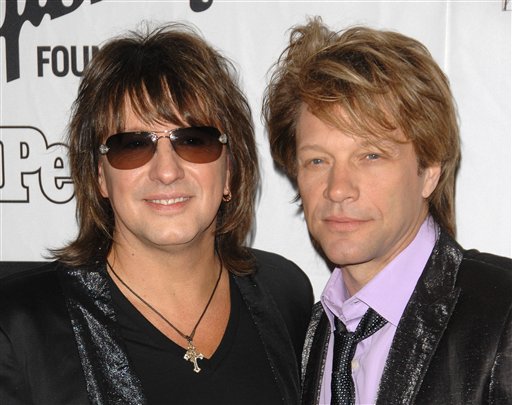 This commentary from The Weekly Standard was written by Fred Barnes.

After the 1972 and 1980 elections, Republicans said political realignment across the country would soon make them the dominant party. It didn't happen. Now, despite highly favorable signs in the 2002 midterm elections and the California recall, Republicans fear a jinx. Realignment? they ask. What realignment? Matthew Dowd, President Bush's polling expert, notes heavy Republican turnout in 2002 and the recall, a splintering of the Democratic coalition, Republican gains among Latinos, and shrinking Democratic voter identification -- all unmistakable signs of realignment. But he won't call it realignment. Whoa! says Bill McInturff, one of the smartest Republican strategists, let's not be premature. Before anyone claims realignment has put Republicans in control nationally, McInturff says, the GOP must win the White House, Senate, and House in 2004 and maybe even hold Congress in 2006. Bush adviser Karl Rove agrees. He recently told a Republican group that the realignment question won't be decided until 2004.

There's really no reason to wait. Realignment is already here, and well advanced. In 1964, Barry Goldwater cracked the Democratic lock on the South. In 1968 and 1972, Republicans established a permanent advantage in presidential races. In the big bang of realignment, 1994, Republicans took the House and Senate and wiped out Democratic leads in governorships and state legislatures. Now, realignment has reached its entrenchment phase. Republicans are tightening their grip on Washington and erasing their weakness among women and Latinos. The gender gap now exposes Democratic weakness among men. Sure, an economic collapse or political shock could reverse these gains. But that's not likely.

Look at the recall. With two ballot questions, no party primaries, and a short campaign, it wasn't a normal election. But it displayed all the signs of realignment. Republicans were enthusiastic, Democrats downcast, Latinos in play, and the gender gap was stood on its head. The result: California is no longer a reliably Democratic state. Until the October 7 recall that replaced Democratic governor Gray Davis with Arnold Schwarzenegger, Republicans hadn't won a major statewide race since 1994. Bush spent millions there in 2000 but lost California by 11 points to Al Gore, who spent zilch in the state.

Yet in the recall, Republicans captured 62 percent of the vote. Bush's approval rating was slightly positive (49 to 48 percent), roughly the same as in other states. In the Fox News exit poll, 39 percent of voters identified themselves as Democrats, 37 percent as Republicans -- a big GOP gain since last year when the Democratic lead was 7 or 8 points. A solid majority of women voted to recall Davis and elect a Republican. According to the "Los Angeles Times" exit poll, 41 percent of Latinos voted for a Republican governor -- over a Latino Democrat, Cruz Bustamante. California is now competitive.

Democrats insist the recall merely showed anger against incumbents. In fact, it showed California was catching up with a powerful Republican trend over the past decade. In 1992, Democrats captured 51 percent of the total vote in House races to 46 percent for Republicans. By 2002, those numbers had flipped--Republicans 51 percent, Democrats 46 percent. And Republicans have held their House majority over five elections, including two in which Democratic presidential candidates won the popular vote. They won 230 House seats in 1994, 226 in 1996, 223 in 1998, 221 in 2000, and 229 in 2002. They also won Senate control in those elections. These voting patterns fit Walter Dean Burnham's definition of realignment: "a sudden transformation that turns out to be permanent." Burnham is a University of Texas political scientist, just retired but still the chief theorist of realignment. He is neither a Republican nor a conservative.

Not to belabor dry numbers, but Republicans have also surged in party identification. Go back to 1982, the year of the first midterm election of Ronald Reagan's presidency. The Harris Poll found Democrats had a 14-point edge (40 to 26 percent) as the party with which voters identified. By 1992, the Democratic edge was 6 points (36 to 30 percent) and last year, President Bush's midterm election, it was 3 points (34 to 31 percent).

But the Harris Poll tilts slightly Democratic. (In fact, I believe most polls underestimate Republican ID because of nominal Democrats who routinely vote Republican.) The 2000 national exit poll showed Republicans and Democrats tied at 34 percent. A Republican poll after the 2002 elections gave the party a 3- to 4-point edge. Based on his own poll in July, Democrat Mark Penn (who once polled for Bill Clinton) declared: "In terms of the percentage of voters who identify themselves as Democrats, the Democratic party is currently in its weakest position since the dawn of the New Deal.
His survey pegged Democratic ID at 32 percent, Republican ID at 30 percent. A half-century ago, 49 percent of voters said they were Democrats. Today, wrote Penn, "among middle class voters, the Democratic party is a shadow of its former self."

All these figures represent "a general creeping mode of realignment, election by election," says Burnham. By gaining governors and state legislators, Republicans are now in the entrenchment phase. "If you control the relevant institutions, you can really do a number on the opposition," Burnham says. "You can marginalize them."

Last year, Republicans shattered the mold of midterm elections for a new president, picking up nine House seats. Most of these came from Florida, Michigan, and Pennsylvania, states where Republicans controlled the legislature and governor's office in 2001 and exploited the new census to draw House districts for Republican advantage. In 2002, Republicans completed their takeover of Texas by winning the state house of representatives. This allowed them to gerrymander the U.S. House districts earlier this month to target incumbent white Democrats. Unless the redistricting is overturned in court, Democrats may lose five to seven seats in 2004. "Texas means there's no battle for the House" until after the 2010 census, says Republican pollster Frank Luntz. Democrats may wind up with fewer than 200 seats for the first time since 1946, says Burnham.

Democrats have theorized that the voting patterns of Hispanics, women, and urban professionals were producing what analysts John Judis and Ruy Teixeira called an "emerging Democratic majority." But in 2002 and the recall, the theory faltered. The midterm elections saw the demise of the old gender gap -- women voting more Democratic than men -- that had endured for over two decades. The intervening event was the terrorist attacks on September 11, 2001. That "really did change things permanently," says Burnham. In 2002, women, partly out of concern for the security and safety of their families, voted like men. Florida exemplified the change. In 2000, President Bush lost the vote of female professionals in the burgeoning I-4 corridor across central Florida. In 2002, his brother, Republican governor Jeb Bush, won that vote.

What about men? In the recall, they voted more Republican than women by 8 points, which highlights the gender gap problem for Democrats. The shift of men to the Republican party was the engine of realignment in the South and plains and Rocky Mountain states. Penn agrees: "The main decline has been due to a massive defection among white voters, particularly men," he wrote in analyzing his own July poll. "Today only 22 percent of white men identify as Democratic voters and only 32 percent of white women do the same. Blacks continue to remain stalwarts of the party, while Hispanics are now split between Democrats and Independents." The Latino vote is all the more important because it is growing as a percentage of the national electorate. The black vote isn't.

The good news for Republicans is that Latino independents are increasingly inclined to vote Republican. It may not have been a big deal in 1998, when George Bush won half the Latino vote in his reelection as Texas governor. It was, however, a big deal when Jeb Bush captured a majority of the non-Cuban Latino vote in Florida last year. George Bush, running for president, had lost this vote decisively in Florida in 2000. I

n the recall, Republican inroads among Latinos were extraordinary. "One cardinal principle of Democratic party politics in California . . . has been that Latinos, like African-Americans, will remain loyal Democrats regardless of what the party does," Joel Kotkin, a senior fellow at Pepperdine University and respected California political analyst, wrote for the New Republic website. That principle crumbled in the recall. Democrats attacked Schwarzenegger for backing Proposition 187, which barred illegal immigrants from getting public services but was later overturned, and for opposing driver's licenses for illegals. Nonetheless, he got 31 percent of the Latino vote, the best showing for a Republican candidate in California in a decade. Blacks voted 18 percent for Schwarzenegger.

Democrats have two further problems, one with image, the other with culture. With Schwarzenegger and former New York City mayor Rudy Giuliani as the second and third most visible Republicans in the country, it's difficult for Democrats to pigeonhole Republicans as conservative extremists. Schwarzenegger "bridges the cultural gap" between moderate and conservative Republicans, says Republican representative Tom Davis of Virginia, an elections expert. Luntz, the Republican pollster, says the emergence of Schwarzenegger means "you can be cool and be a Republican." By the way, when Schwarzenegger appeared with Bush in California last week, he got a bigger ovation than the president.

Davis says the divide on cultural issues -- abortion, gays, guns, etc. -- is a diminishing problem for Republicans. Schwarzenegger's prominence makes it okay for voters who are moderate-to-liberal on cultural issues but conservative on taxes and spending to be Republican. These voters require "permission to stay Republican," Davis argues. And Schwarzenegger "gives them a comfort level. But Democrats don't have anyone to make cultural conservatives feel comfortable. It's the Democrats' worst nightmare."

Nothing is guaranteed in politics. The political future is never a straight-line projection of the present. And the ascendant party always hits bumps in the road. Democrats were dominant from 1932 to 1994, but they lost major elections in 1938, 1946, and 1952. Now, Republicans are stronger than at any time in at least a half-century and probably since the 1920s. Realignment has already happened, and there's no reason to pretend otherwise.