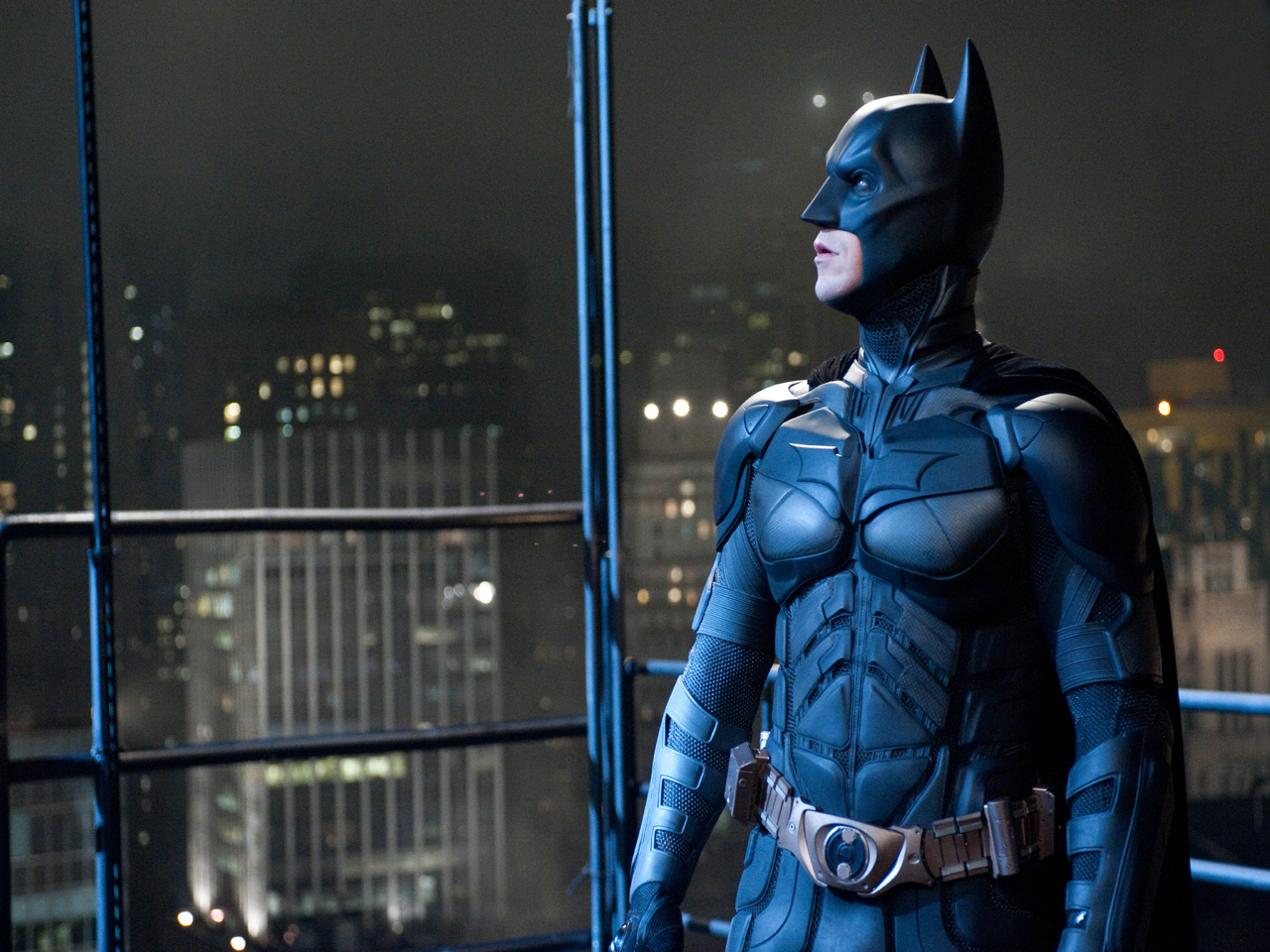 The latest Batman flick features an injured Bruce Wayne leaning on a cane, Anne Hathaway in red lips and a leather body suit as Catwoman, and a Gotham City football game interrupted by explosions and mayhem.

Nolan, known on set as "the governor," said he wanted to finish his interpretation of the classic Batman story "in the biggest way possible."

"We've been working on this story for nine years," he said. "And so it's with mixed feelings that we finish this thing."

Nolan said his goal was to create a "spectacle" that makes viewers excited the moment they enter a theater.

The preview Tuesday was dark, like so many scenes in Nolan's Batman vision.

It opened with images of the villain, a masked Hardy, terrorizing a plane. There were frenzied police and streets of rubble.

Hathaway was featured heavily. Her lithe body screamed femme fatale in a series of black, tight outfits. In one scene, she appeared to be working as a servant at Wayne Manor. As she fled the mansion, she ripped off the dainty, white collar of her maid costume.

In his full superhero garb, Bale sped down an urban landscape on a Batcycle. In another scene, he shared a kiss with Cotillard.

"The Dark Knight Rises" is slated for release on July 20. It's already expected to become one of the biggest box office hits of the year.