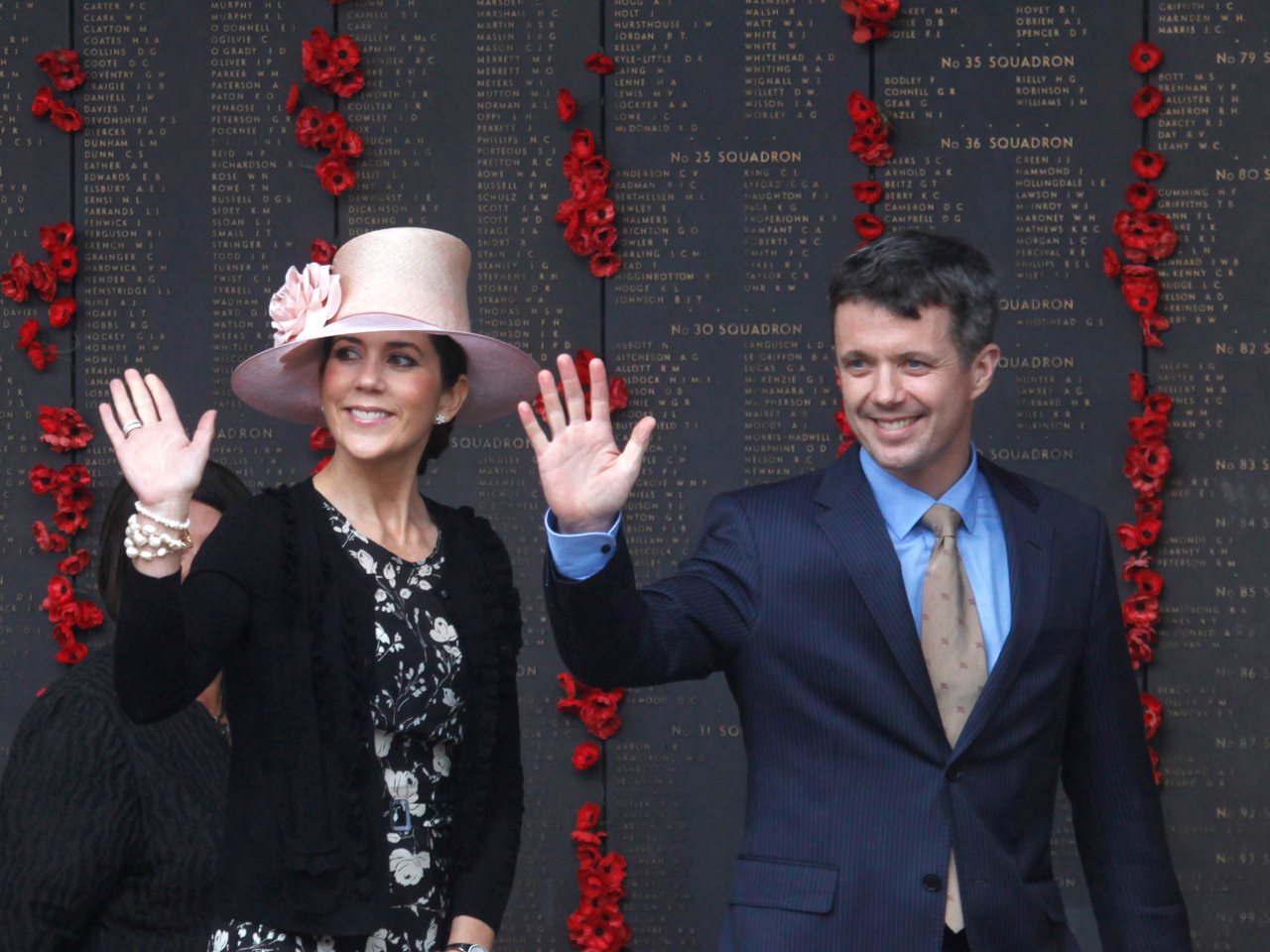 (CBS/AP) The Danish royals, Crown Prince Frederik and Crown Princess Mary, are in the midst of a week-long trip to Australia, their first official government visit Down Under since 2005.

The couple and their four children landed in Australia on Saturday and spent the next two days in Sydney. It's a familiar place for the royal pair: Prince Frederik met Mary, an Australian native (born Mary Donaldson), at a bar in Sydney during the 2000 Olympics.

This also marks their first visit to Australia since the birth of their 10-month-old twins, Prince Vincent and Princess Jospehine.

Photos show the royals all over Australia, visiting Sydney, Canberra and Melbourne. Later this week, they will visit the Outback mining town of Broken Hill and make a private visit to Mary's home state of Tasmania.

By the sound of it, they royals are happy to be back.

''Australia holds a very special place in our hearts," said Prince Frederik, according to the Canberra Times. ''The Crown Princess and I are truly delighted to be back in Canberra."

''We have fond memories of our last official visit here in 2005," Princess Mary added.

In a luncheon speech at Australia's Parliament House on Tuesday, opposition leader Tony Abbott congratulated the heir to the Danish throne on his many achievements, including mastery of three foreign languages, service in every arm of the Danish military and running a marathon in only three hours and 22 minutes.

Frederik thanked Abbott for his kind words but lightheartedly pointed out that the senior conservative lawmaker had sold him short.

"My personal record in marathon is three hours and six minutes," Frederik said. "But it's not about winning. It's about succeeding."