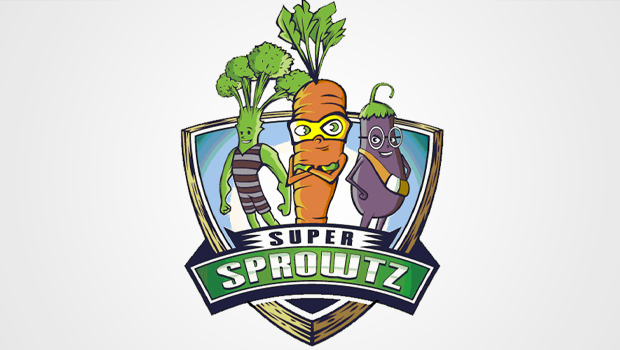 The tactic the researchers used was simple and inexpensive: They placed banners around school cafeteria salad bars that featured animated characters dubbed the Super Sprowtz -- with a cast including Miki Mushroom, Zach Zucchini and Suzie Sweet Pea. Some schools also played videos of the characters.

Over four weeks, the study found, the marketing efforts paid off. The number of children who took vegetables from school salad bars doubled or tripled.

"It's no secret that marketing works," said study leader Andrew Hanks, an assistant professor at Ohio State University in Columbus. "But this shows it can also be used to encourage children to make healthy choices."

Hanks, who was at Cornell University in Ithaca, N.Y., during the study, reported the findings online July 5 in the journal Pediatrics.

The study included 10 urban elementary schools that were randomly assigned to different groups. Some served as "control" groups and stayed with their usual cafeteria set-up; the others added the Super Sprowtz.

For certain schools, that meant using only a vinyl banner on the salad bar. Others put TV screens in the cafeteria that showed short videos of the characters. Some schools used banners and videos.

At schools that used the banner only, the number of children taking vegetables from the salad bar almost doubled over four weeks -- from less than 13 percent to 24 percent of students.

The increase was even bigger at schools with the banner and videos: The percentage of children grazing from the salad bar rose from 10 percent to almost 35 percent.

There was no change, however, when schools used the videos only. According to Hanks, that suggests the simple banner was the more persuasive element -- possibly because it was actually a part of the salad bar.

"This is an interesting study," said Tamara Melton, a registered dietitian and spokesperson for the Academy of Nutrition and Dietetics. "It puts a positive spin on advertising."

It also suggests an accessible way for schools to promote veggies, Melton pointed out. "It's not really pricey. Most schools could probably afford something like this," she said.

One question, though, is whether the tactic would keep working. Both Melton and Hanks said it's possible the "novelty" could wear off.

"You might have to keep adapting it over time," Melton said.

And what works for elementary school kids is not necessarily going to translate to older kids, Hanks pointed out. "Broccoli with super-human strength may not have much influence with teenagers," he said.

The hope is that when young kids develop a taste for fruits and vegetables, they'll retain it, Melton explained.

She had some advice for parents who want to do some vegetable marketing of their own: First of all, eat vegetables yourself.

Beyond that, she suggested letting your children help prepare fruits and vegetables, since kids tend to be more interested in eating something they had a hand in making.

"Also try different ways of preparing vegetables," Melton said. If your children don't like plain steamed broccoli, for instance, they might like it with a little ranch dressing or hummus.

"You can also try planting a home garden," Melton said. "If you don't have much space, you can even do a 'container garden.' Letting your child plant something, see it grow, then harvest it is a great learning experience."

Oftentimes, she noted, when children are asked where vegetables come from, they say "the grocery store."