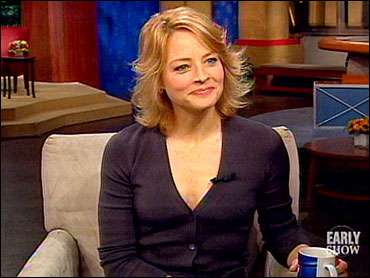 The Jodie Foster vigilante flick "The Brave One" scared up $14 million at the box office to become the weekend's top film.

The Warner Bros. tale of revenge transcended gender, appealing to older women as well as men who might naturally be expected to enjoy the violent, R-rated film.

"Revenge movies often appeal to men, but the fact that Jodie Foster was in it brought in the women," said Paul Dergarabedian, president of box-office tracker Media By Numbers. "That combination worked."

While the film's box office take was fairly modest, it is about right for this transition time of year between the summer blockbuster season and the fall Oscar push. The Warner Bros. film displaced last week's box-office winner, "3:10 to Yuma," which placed second with $9.2 million in ticket sales.

Photos: "The Brave One"

The post-summer season is also a time when R-rated, adult-themed fare stands a better chance with audiences.

"After the summer, your midweek business drops substantially and you become a weekend business," said Dan Fellman, head of distribution at Warner Bros. "You need strong reviews to keep your motor going."

Fellman said the film should stand up well against the more youth-oriented films that will fight for the top spot next weekend - "Good Luck Chuck" and "Resident Evil."

Three smaller films hoping to build Oscar buzz finished out of the top 10 over the weekend, but did well in limited release.

The David Cronenberg crime thriller "Eastern Promises," had an impressive per-screen average of $36,845 playing on 15 screens. The movie, about Russian mobsters in London, stars Viggo Mortensen and Naomi Watts.

Also opening well was "Across the Universe," the Julie Taymor film inspired by music from The Beatles.

The Iraq war film "In the Valley of Elah," opened with $138,000 on nine screens for an average take of $15,333. The movie stars Tommy Lee Jones and Charlize Theron.

"We could be talking about all three of these films come Oscar time," Dergarabedian said. "The per-screen average indicates the intensity with which people are interested in these films and deservedly so. This is what the fall is all about."