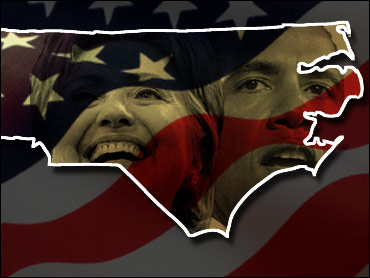 This column was written by John Hood.

Two of the things North Carolina is known for nationally are rough-and-tumble political campaigns and hard-fought basketball rivalries. Because I'm a native, I think I can get away with a somewhat-forced metaphor to describe the Barack Obama-Hillary Clinton contest here: it's the University of North Carolina-Chapel Hill against North Carolina State University.

UNC was the first public university in the country and has a distinguished history as one of the South's leading intellectual centers. N.C. State was a land-grant university created after the Civil War with an agriculture and industrial orientation. UNC is in Chapel Hill, a prototypical college town. N.C. State is in Raleigh, the state capital. UNC is privileged and elitist. N.C. State is scrappy and populist. UNC has a law school and medical school. N.C. State has a textile school and veterinary school. UNC basketball teams are usually excellent, so when they stumble, they fall hard. N.C. State teams are usually average, so when they rise, they soar.

It's fitting that Obama's biggest campaign event in North Carolina to date was his Monday night appearance at the Dean Smith Center in Chapel Hill. Addressing an enthusiastic audience of some 18,000, Obama repeated his usual lines about a campaign that is "about you" and will "write a new chapter in American history." But the crowd, mostly young, hadn't heard it all before, and ate it up. He promised more funding for academic research and student aid. He bashed Bush on the war and John McCain on the economy. On a floor where many a champion has trod, Obama strode confidently as the music blared and the crowd went wild.

The next day, Hillary Clinton stood next to Gov. Mike Easley at N.C. State's McKimmon Center. It's a continuing-education center where thousands of North Carolinians have come for such programs as teacher training, crop-science presentations, and state 4-H Congress. Clinton had just come from touring a nearby bio-manufacturing institute on campus. Standing before a small crowd and a gaggle of reporters, she accepted the endorsement of a folksy two-term governor with a NASCAR following and a populist style (his most-newsworthy comment was that Hillary "made Rocky Balboa look like a pansy.")

Fueled by massive immigration from south of the border (Mexicans and Central Americans) and north of the border (Yankees and Midwesterners), rapid population growth has transformed North Carolina over the past couple of decades into a state that more closely resembles the rest of the country than it does the largely rural, conservative Southern state of the past. Most voters live in urban and suburban counties where independents have lately swung Republican in federal races and Democratic in state ones. Up and down the ballot, the typical GOP politician looks and sounds more like current Sens. Elizabeth Dole and Richard Burr than former Sen. Jesse Helms. Democratic politicians, following in the footsteps of Helms's old antagonist Jim Hunt, have mostly mastered the art of stitching together large coalitions of blacks, rural whites, business moderates, and middle-income voters in and around such population centers as Charlotte, the Research Triangle (Raleigh/Durham/Chapel Hill), and the Piedmont Triad (Greensboro/Winston-Salem/High Point).

But some national pundits, knowing just enough of these facts to sound knowledgeable in seven-minute segments on cable, were fooled into thinking that North Carolina was destined to give Obama an easy, double-digit victory in the May 6 primary. They failed to recognize that black voters make up a significantly smaller share of the Democratic electorate here than in, say, South Carolina or Georgia. They saw Obama running strong in college towns like Chapel Hill, but failed to notice that UNC's very blue home county of Orange usually turns out less than a third of the Democratic primary votes of N.C. State's purplish home county of Wake.

For weeks, Obama led Clinton by as much as 15 points in the Real Clear Politics polling averages, prompting the mainstream media (and even some North Carolina pundits) to turn their eyes to Indiana as the more-significant contest. But those early polls exaggerated Obama's support. They modeled black turnout as high as 40 percent of the Democratic electorate, when Democratic consultants tell me that a more-realistic figure is about 30 percent (that's still much bigger than the usual high teens). More importantly, these surveys couldn't predict the effects of Hillary's effective albeit more limited ad buys, Bill Clinton's tour through rural North Carolina, and the "Wright is wrong" debacle.

For their part, the North Carolina media got twisted in a knot when the state Republican Party famously debuted its "Extreme" ad connecting Reverend Wright to the two Democratic gubernatorial campaigns through the pivot point of Obama. Primed by decades of Helms campaigns to see every political event through a racial lens, they fumed about the GOP ad while missing the cultural import of Obama's style, relationships, and rhetoric. (I wasn't a fan of the Republican ad, either, but I thought it was too much of a stretch, not some racially coded stink bomb.) But after the latest polls showed Obama's lead dropping into the single digits, everyone finally started to understand: the North Carolina primary will be a pivotal moment in the Democratic presidential race. If Obama wins by only a few points in a state where pundits had assumed he would win in a blowout, it will give the Clinton campaign another burst of momentum and preserve her dreams of overtaking Obama in the popular-vote count by the end of the primary season. And if, by some miracle, Clinton were to edge him out, that would slam the Obama campaign into critical condition.

On Tuesday, as Clinton was basking in the Easley endorsement at N.C. State and watching the Wright drama unfold on national TV, Obama was on the basketball court in Chapel Hill scrimmaging with the basketball team. "You've left the next president of the United States wide open," UNC coach Roy Williams yelled to one of his players. Later, a spokesman for the team chalked it up to playful banter, not to an official endorsement. Good news for the Obama team, actually, given that Williams' Tar Heels headed into the NCAA tournament this year as the favorite and then flubbed the semifinal. Not exactly a comforting analogy.
By John Hood
Reprinted with permission from National Review Online