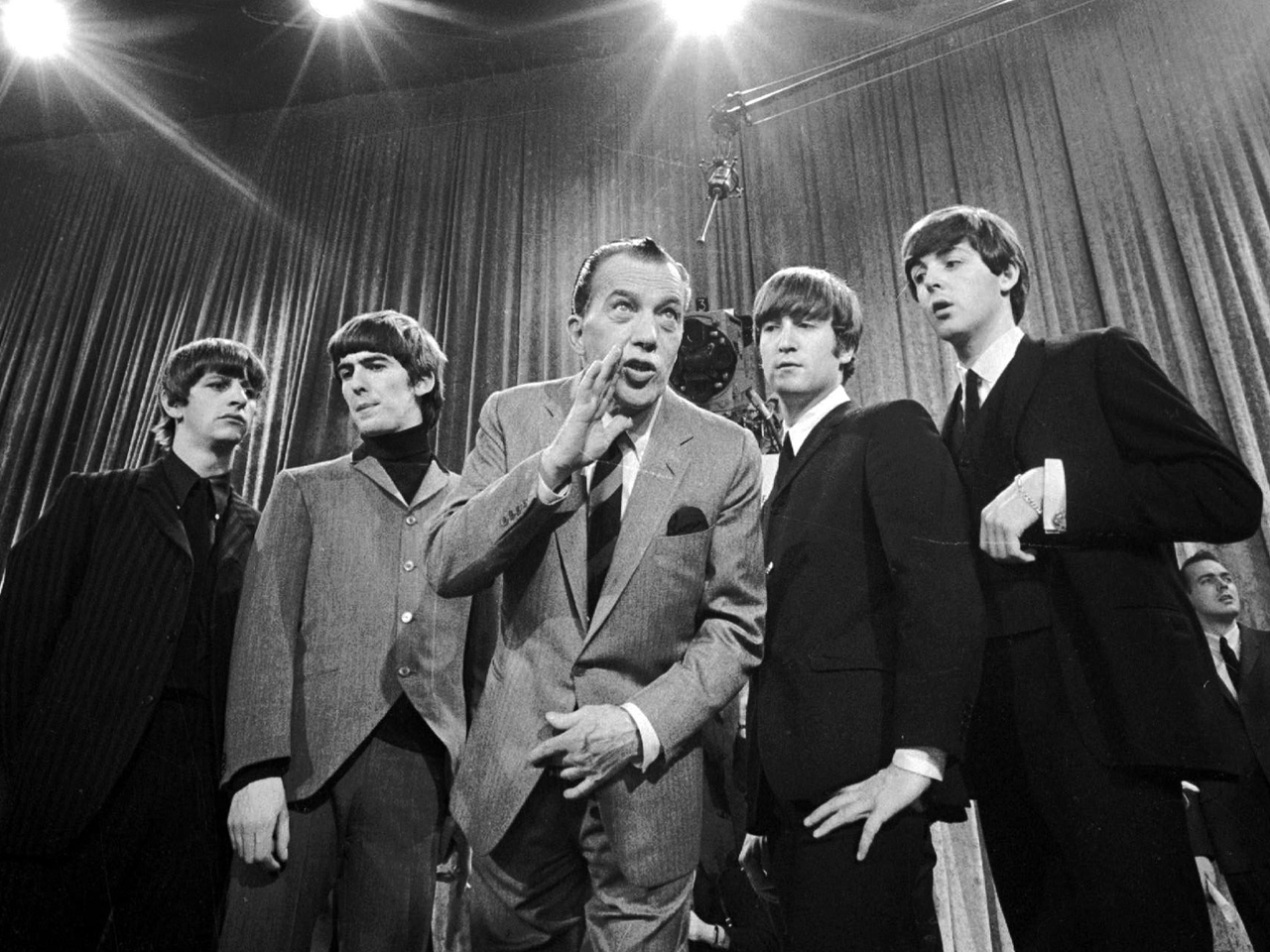 On Sunday, Feb. 9, it will have been 50 years to the date that the Beatles stepped foot inside the Ed Sullivan Theater in New York. It marked John, Paul, George and Ringo's first American TV appearance. Some 74 million people tuned in. And music would never be the same.

The Fab Four's 1964 historic performance on CBS' "The Ed Sullivan Show" will be celebrated this weekend with a live symposium, tribute concerts and even an interview and performance by surviving Beatles Paul McCartney and Ringo Starr.

Kicking off the festivities will be "50 Years: The Beatles," a live multimedia event taking place at the Ed Sullivan Theater from 6:30-8:00 p.m. ET that will be streamed at CBSNews.com and CBSNewYork.com/50YearsLater.
Hosted by Anthony Mason, CBS News senior business correspondent and anchor of "CBS This Morning: Saturday," the one-time-only symposium will examine the lasting cultural and musical impact the Beatles have had -- with the help of several high-profile music and cultural experts whose work has been influenced the band out of Liverpool, England.
The panelists include:

Nile Rodgers, a guitarist, producer and composer, multi-Grammy Award winner and the co-founder of the hit-making disco and R&B group Chic. He is considered one of the most influential producers of his time and has produced hits for Madonna, Diana Ross, David Bowie, Mick Jagger and Michael Jackson. Most recently, Rodgers earned three Grammys for his work with the electronic group, Daft Punk.

Tad Kubler is the lead guitarist and co-writer of the Brooklyn-based alternative rock band the Hold Steady. The group has been influenced by the work of the Beatles and has gained critical praise for its real and raw songwriting that has drawn comparisons to Bruce Springsteen.

John Oates of the hit-making duo of Hall & Oates. Hall & Oates has been recognized with American Music Awards and MTV VMAs, along with multiple Grammy nominations. In 2005, the duo was inducted into the Songwriters Hall of Fame. Oates also has a career as solo artist.

"Monty Python" collaborator Neil Innes co-created and performed all of the songs for the Beatles spoof, "The Rutles."

Pattie Boyd, a photographer and model who was married to George Harrison and the inspiration for his song "Something."

Andrew Loog Oldham, who managed the Rolling Stones from 1963 to 1967 and before that was the publicity assistant to the Beatles' manager; guitarist, songwriter.

Record producer Mick Jones, who founded the rock band Foreigner and played the same Paris concert hall as the Beatles 50 years ago.

Director Julie Taymor, whose Oscar-nominated film "Across the Universe" is a '60s-era love story powered by more than 30 Beatles songs.

The event, presented by "Motown: The Musical," will also include an art gallery and exhibit of Beatles memorabilia displayed inside the Ed Sullivan Theater. CBS will unveil a marquee duplicating the one displayed at the venue the night the Beatles first performed there.

Then starting at 8 p.m. ET, CBS will air "The Night That Changed America: A Grammy Salute to the Beatles," a two-hour TV special featuring current top artists covering the songs performed by the Beatles on that historic night and through the years, as well as footage from that landmark Sunday evening.

Johnny Depp, Sean Penn, Jeff Bridges, Kate Beckinsale and Anna Kendrick are among the celebrities who will be on hand to introduce the performers.

Not only will McCartney and Starr perform on the special, but they will also be interviewed by David Letterman. The late-night host sat down with the former Beatles earlier this month at the Ed Sullivan Theater for the taping.