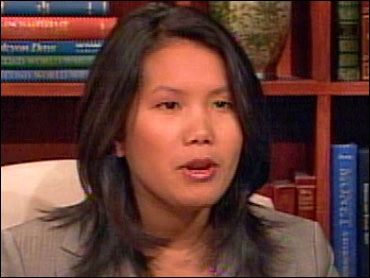 Napster is up and running, same as ever, thanks to two federal judges who Friday granted a stay to Internet tune-trading Web site that allows it to keep operating as it appeals a judge's order that would shut down the site.

The ruling bought time for the upstart Web site to devise a new legal strategy—and perhaps win friends in Congress who could change copyright laws—and for fans to continue trading tunes online.

A lower court judge Wednesday had approved a temporary injunction shutting the site down at 12:01 a.m. Saturday, pending a trial in a copyright infringement suit filed against Napster by the Recording Industry of America (RIAA) and several record labels.

The company filed an appeal of the shutdown order Thursday and asked the judges to delay the shutdown while they decided the appeal.

Friday, a two-judge panel of the 9th U.S. Circuit Court of Appeals suspended the order temporarily.

The appeals judges said "substantial questions" had been raised about "the merits and form of the injunction" and granted Napster the stay.

"As a music lover I was completely devastated and so since the decision, I've been spending hours upon hours downloading as much music and artists that I can," Bruno said. He believed the site was getting heavy traffic, probably from people doing the same thing he did.

While fans wanted to keep the music flowing, the company itself hoped to block the injunction to "make a deal with record-makers or get its friends in Congress to change the political and legal landscape," reported CBS News Legal Consultant Andrew Cohen.

Napster works as a clearinghouse—pointing users to computers where songs in the popular MP3 format can be downloaded. It is estimated that 70 million people are expected to be using the Web site by year's end.

Napster officials claim free music is here to stay and it only enhances the sales of CDs. They argue that the trades that take place over Napster constitute "one-to-one sharing" of copyrighted material—the high-tech equivalent of two buddies swapping vinyls.

But the RIAA estimates that song-swapping via Napster by an estimated 20 million people worldwide has cost the music industry more than $300 million in lost sales. The association filed suit against Napster last December.

The recording industry contends that Napster makes music piracy simple and available to anyone with a computer, and hailed the judge's ruling.

However, some say the recording industry's fight against Napster is like the movie executives' early battle against the VCR, which they feared would kill ticket sales at theaters. It didn't; both are still alive and well.

"The idea that by getting an injunction against Napster can turn the clock back three years…is a false hope. It's not going away," said Peter Coffee, technology editor of E-Week magazine.

And, say some analysts, the record industry's worries are unfounded. A recent study of more than 2,200 online music fans by Jupiter Communications suggests that users of Napster and other music-sharing programs are 45 percent more likely to increase their music purchases than fans who aren't trading digital copies online.

Napster CEO Hank Barry says he plans to prove that point this weekend though a so-called "buy-cott," where users will buy CD’s of artists they’ve found on Napster.

Even music lawyer Kim Guggenheim says his clients realize that the Internet is the record store of the future.

"Most of my colleagues think it’s far from adios—it’s a great ew opportunity for distribution," he said.

In a Webcast to fans after the injunction came down Wednesday, Napster said the ruling was a blow to music fans everywhere and promised to "keep fighting for Napster and for your right to share music over the Internet."