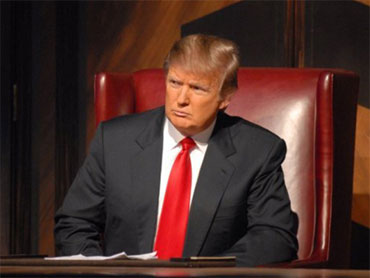 A revised edition of "The Apprentice" is premiering as part of NBC's fall lineup. NBC made the announcement Thursday, saying that the earlier-than-expected launch for this non-celebrity "Apprentice" was made to give the comedy "Love Bites" more development time.

On the show, 16 contestants who have lost their jobs because of the economic crisis will compete for a job with the Trump Organization, with host Donald Trump calling the shots.

"The Apprentice" will air Thursdays at 10 p.m. Eastern time, the slot originally pegged for "Love Bites," a new romantic comedy anthology. NBC says "Love Bites," which continues in development, will debut later in the season.

"The Celebrity Apprentice" will return next spring.