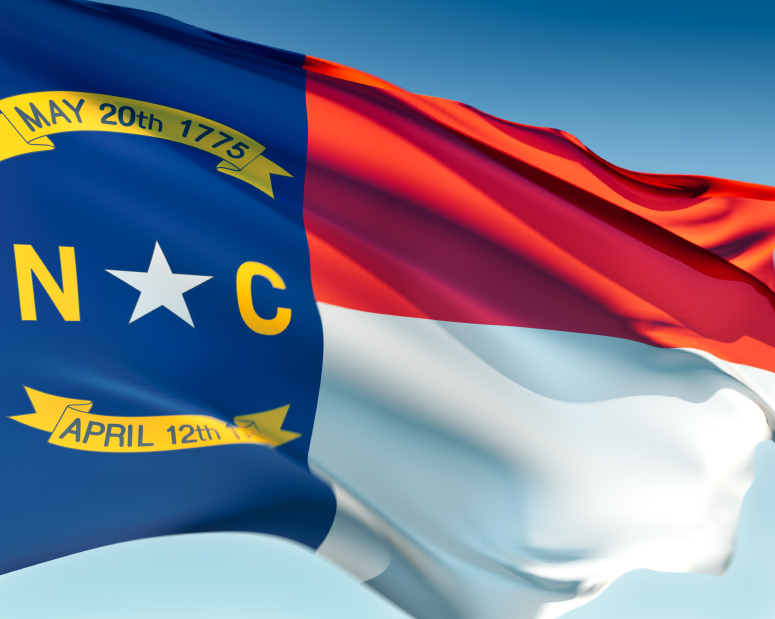 Since the 1970's, North Carolina's 15 electoral votes had been reliably in the Republican column. In 2000, George W. Bush won the state by 13 points, and in 2004 he won it by 12. In 2008, however, the state was suddenly in play. Thanks in part to unprecedented turnout among African-American voters, Barack Obama won the state by one point.

Whether President Obama can win the state again depends on whether he can mobilize the three demographic groups that helped propel him to victory four years ago: young voters from the state's many colleges, white-collar professionals in the North Carolina "research triangle" of Raleigh, Durham and Chapel Hill, and black voters. African-American voter turnout increased from 2004 to 2008 by 127,000 people, helping Mr. Obama carry the state by just 14,000 votes. Accounting for nearly 22 percent of the state's population, North Carolina has the largest share of African-Americans of any battleground state.

Mobilizing voters this year may be a struggle in comparison to 2008, given that North Carolina has one of the worst unemployment rates in the nation at 9.6 percent. The Obama campaign, however, hasn't given up on the state, keeping up a robust ground game there and spending more than $22 million on ads in the state since May. Mr. Obama himself has only made two stops in North Carolina since April 24, but his campaign has in recent weeks sent surrogates like First Lady Michelle Obama and Vice President Joe Biden.

The Romney campaign has made significant investments in North Carolina as well, spending more than $16 million in advertising there since May. The Republican National Committee and the pro-Romney super PAC Restore Our Future have spent an additional $9 million. Mitt Romney himself has only made four stops in North Carolina.

Ferrel Guillory, a professor at the University of North Carolina and former journalist at the News & Observer in Raleigh, said he's surprised Romney hasn't made more stops in the state to secure the right-tilting battleground state. Polls have for the most part shown Romney with a slight lead, but a recent poll from Elon University, conducted Oct. 21-26, shows the candidates in a dead heat, 45 percent to 45 percent.

"Republicans these days need an almost clean sweep of the South in order to get to 270" electoral college votes, Guillory said. "If Obama were to carry North Carolina again, he pretty much has a second term sewed up."