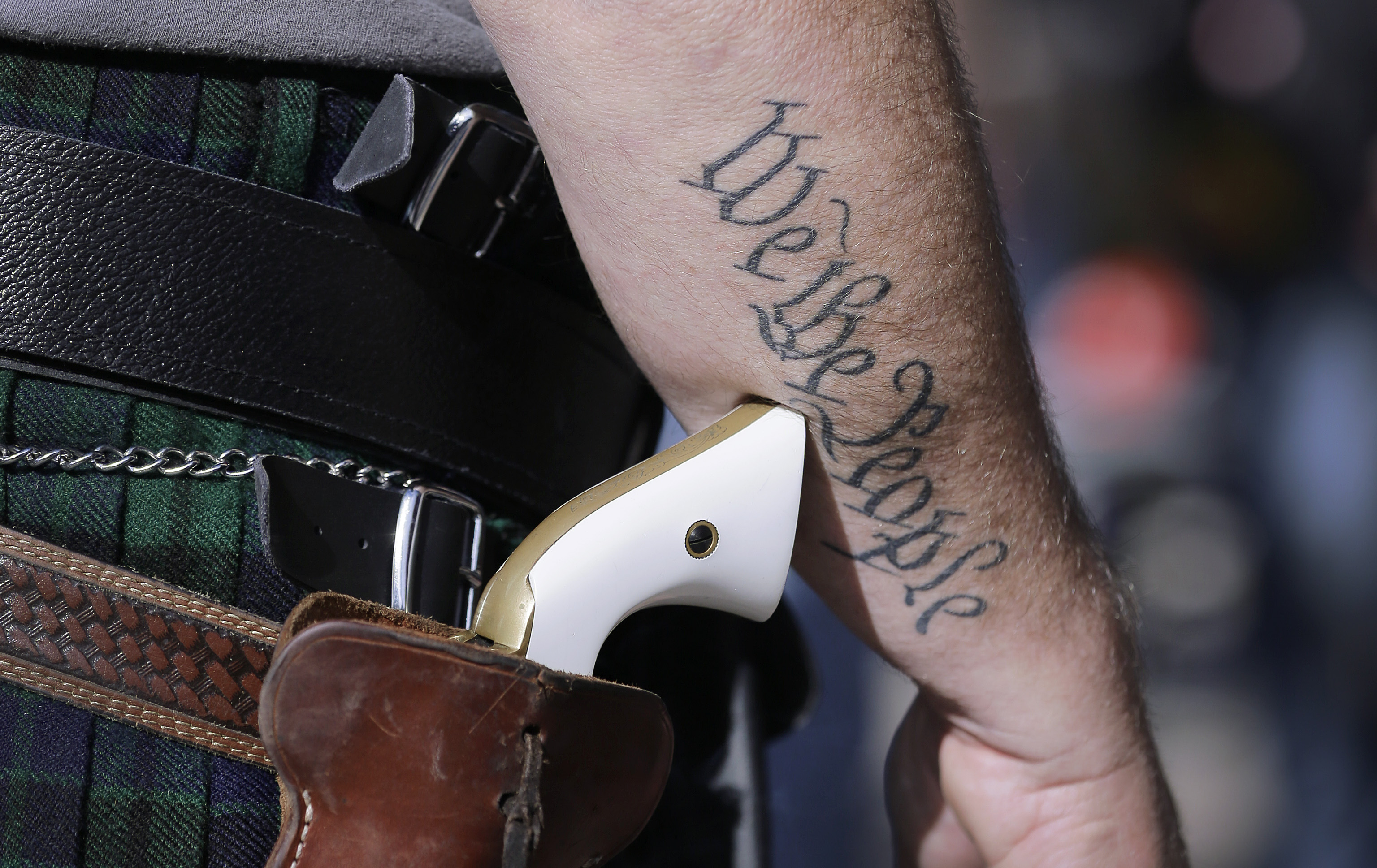 AUSTIN, Texas -- Texas lawmakers on Friday approved carrying handguns openly on the streets of the nation's second most-populous state, sending the bill to Republican Gov. Greg Abbott, who immediately promised to sign it and reverse a ban dating to the post-Civil War era.

Gun owners would still have to get a license to carry a handgun in a visible holster.

The state, known for its Wild West cowboy history and some the nation's most relaxed gun laws, has allowed concealed handguns for 20 years. Concealed handgun license holders are even allowed to skip the metal detectors at the state Capitol, as state troopers providing security assume they're armed.

But Texas was one of only six states with an outright ban on so-called open-carry, and advocates have fought to be allowed to keep their guns in plain sight. Cast as an important expansion of the Second Amendment right to bear arms in the U.S. Constitution, it became a major issue for the state's strong Republican majority.

"We think of Texas being gun-happy, but we didn't afford our citizens the same rights most other states do," said Rep. Larry Phillips, a Republican from Sherman, one of the bill's authors.

The House gave final approval on a mostly party-line 102-43 vote, drawing gleeful whistles from some lawmakers. A short time later, the Senate passed it 20-11, also along party lines, with all Republicans supporting it and all Democrats opposing.

The bill passed after lawmakers made concessions to law enforcement groups, who had been upset by an original provision that barred police from questioning people carrying guns if they have no other reason to stop them.

The final bill scrapped that language, meaning police will be able to ask Texans with handguns in plain sight if they have proper licenses.

Before Friday's vote, police groups had demanded that Abbott veto the bill if it wasn't taken out.

Gun control advocates have argued that open-carry is less about personal protection than intimidation. Gun rights groups have staged several large public rallies in recent years, sometimes at notable historical landmarks such as the Alamo, where members carried rifles in plain sight, which is legal.

The open-carry debate also stirred drama at the Capitol early in the legislative session, when gun rights advocates confronted one state lawmaker in his office. The lawmaker, Democrat Poncho Nevarez, was assigned a state security detail and House members voted to make it easier to install panic buttons in their offices.

"This session has been an alarming show of politicking that caters to a gun lobby agenda," Sandy Chasse with the Texas Chapter of Moms Demand Action for Gun Sense in America. "As a gun-owning Texas mom, this is not the Texas I want for my family or community."

Just like the current concealed handgun law, the bill requires anyone wanting to openly carry a handgun to get a license. Applicants must be 21, pass a background check and receive classroom and shooting range instruction -- although lawmakers have weakened those requirements since 2011.

Texas has about 850,000 concealed handgun license holders, a number that has increased sharply in recent years.

It also recognizes the concealed handgun licenses issued in more than 40 states, and license holders from those states will be allowed to openly carry their weapons in Texas once it becomes law.

"I have great faith in our concealed license holders that they will do the right thing and carry their gun appropriately," said Sen. Craig Estes, the Wichita Falls Republican who sponsored the measure in that chamber.

Democrats such as Sen. Rodney Ellis of Houston said they fear violence on the streets.

"I hope we don't have a host of Texans running around with a Rambo mentality," Ellis said.