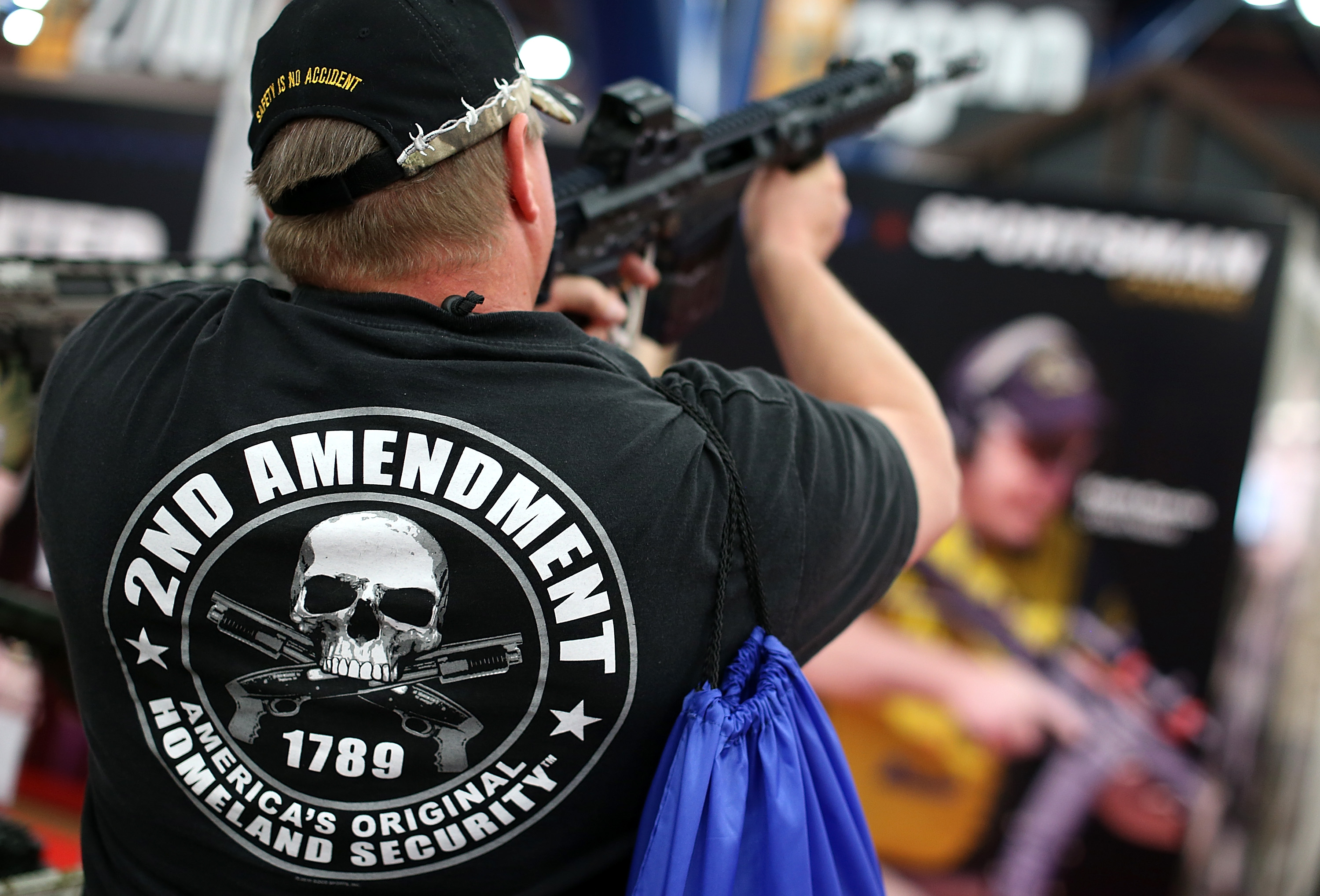 Last month, pro-gun rights demonstrators patronized Sonic and Chili's restaurants while toting AK-47s and other semi-automatics, prompting the establishments to request their customers conceal the weapons while inside; Saturday, pro-Second Amendment advocates rallied with their long guns in a Home Depot parking lot. Texas law permits unlicensed rifles, though not handguns, to be carried openly in public.

Though the NRA in its statement lauded the Lone Star State for being "second to none for its robust gun culture," the powerhouse organization added that it's "a rare sight to see someone sidled up next to you in line for lunch with a 7.62 rifle slug across his chest, much less a whole gaggle of folks descending on the same public venue with similar arms." To ostentatiously brandish a semi-automatic weapon in a public place is not only "rare," the group continued, "it's downright weird and certainly not a practical way to go normally about your business while being prepared to defend yourself."

"To those who are not acquainted with the dubious practice of using public displays of firearms as a means to draw attention to oneself or one's cause, it can be downright scary," the statement said. "It makes folks who might normally be perfectly open-minded about firearms feel uncomfortable and question the motives of pro-gun advocates."

Should the "attention-hungry few" gun owners continue their apparent campaign tactic of instilling fear to promote their beliefs, the consequences could be "lasting and consequential," the NRA cautioned, "such as turning an undecided voter into an antigun voter because of causing that person fear or offense. ...We owe it to each other to act as checks on our bad behavior before the legal system steps in and does it for us."

But the fairly extraordinary move by the strong-armed association is just a sign that it's gone weak, one of the groups herding the rifle-bearing protesters to mass demonstrations suggested Sunday: "The NRA has lost its relevance and sided with #guncontrolextremists and their lapdog media," members of "Open Carry Texas" wrote in a Tweet. Last month, the group's president said during a roundtable discussion that the NRA has been "basically coming down on us for standing up for our rights."