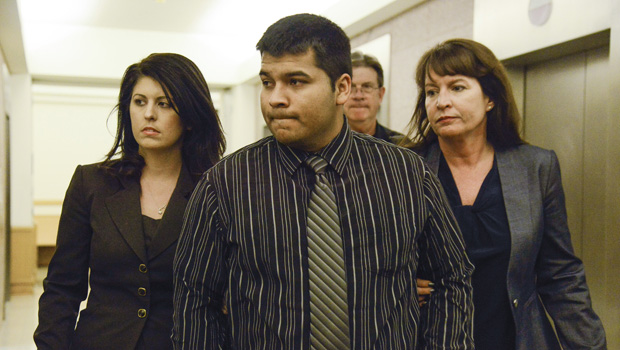 DALLAS - A Texas hospital removed life support from a pregnant, brain-dead woman following a judge's order that it was misapplying state law to disregard her family's wishes, the family's lawyers said.

Attorneys for Erick Munoz, the husband of Marlise Munoz, released a statement Sunday afternoon saying the order had been followed.

"Today, at approximately 11:30 a.m. central time, in accordance with the order of the 96th District Court of Tarrant County, Texas, issued Friday, January 24, 2014, Marlise Munoz’s body was disconnected from 'life support' and released to Mr. Munoz," Heather L. King and Jessica H. Janicek, Munoz's attorneys, said in a statement emailed to the press.

"The Munoz and Machado families will now proceed with the somber task of laying Marlise Munoz’s body to rest, and grieving over the great loss that has been suffered. May Marlise Munoz finally rest in peace, and her family find the strength to complete what has been an unbearably long and arduous journey."

Judge R.H. Wallace on Saturday gave John Peter Smith Hospital in Fort Worth until 5 p.m. Monday to comply with his ruling to remove Munoz from life support, which Erick Munoz says is what his wife would have wanted.

She was 14 weeks pregnant when her husband found her unconscious Nov. 26, possibly due to a blood clot.

Both the hospital and family agreed before Wallace's ruling that Marlise Munoz meets the criteria to be considered brain-dead - which means she is dead both medically and under Texas law - and that her fetus could not be born alive this early in pregnancy.

The case has raised questions about end-of-life care and whether a pregnant woman who is considered legally and medically dead should be kept on life support for the sake of a fetus. It also has garnered attention on both sides of the abortion debate, with anti-abortion groups arguing Munoz's fetus deserves a chance to be born.

Hospital officials have said they were bound by the Texas Advance Directives Act, which prohibits withdrawal of life-sustaining treatment from a pregnant patient. But in his brief ruling, Wallace said that "Mrs. Munoz is dead," meaning that the hospital was misapplying the law. The ruling did not mention the fetus.

The hospital has not pronounced her dead and has continued to treat her over the objections of both Erick Munoz and her parents, who sat together in court Friday.