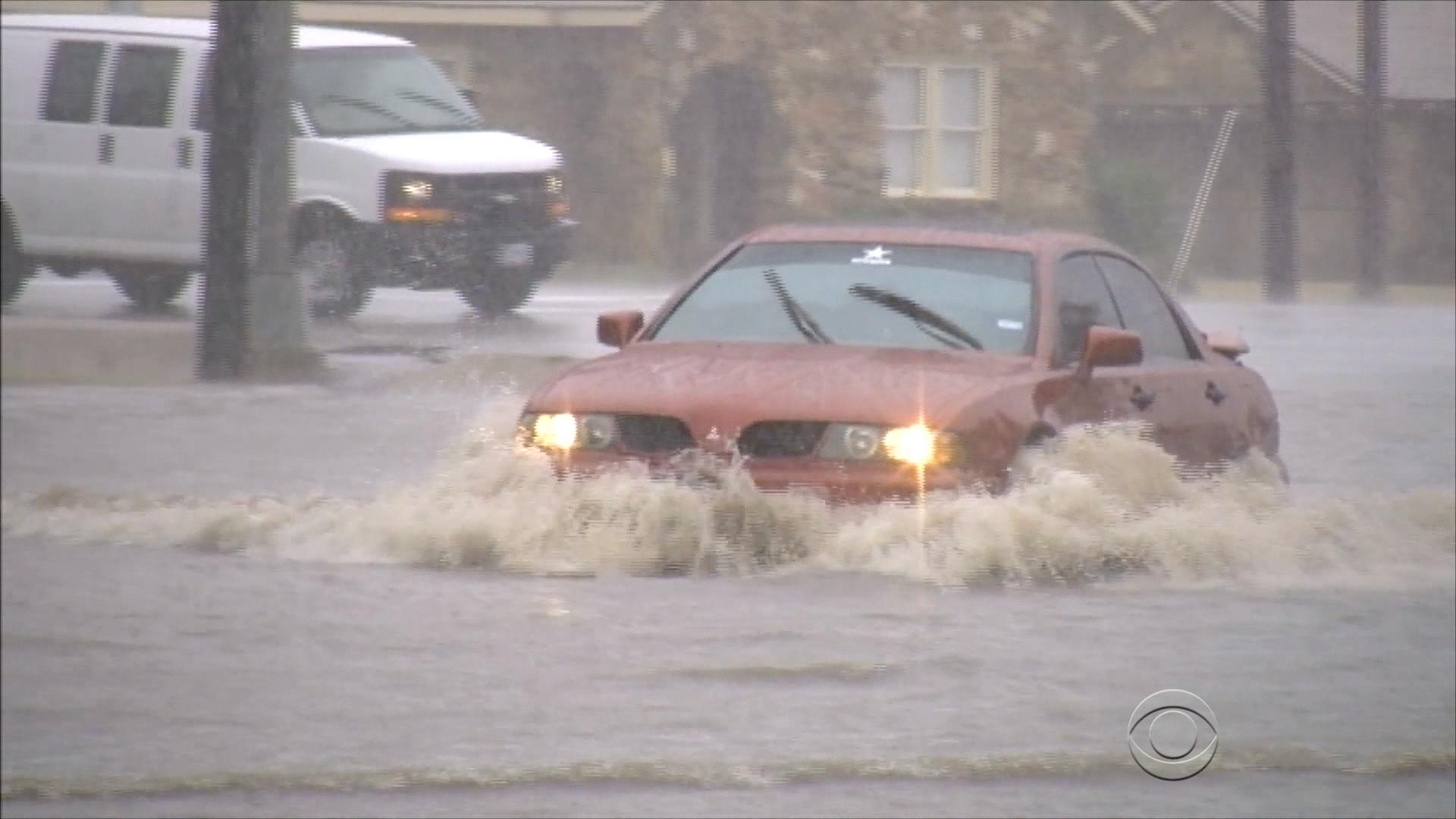 Near Waco, a section of Interstate 35 -- one of the nation's busiest highways -- was temporarily closed after rain flooded the road, CBS Correspondent Omar Villafranca reports.

This round of weather is the latest in a storm system that saturated the state. More than half of the state's 254 counties had outdoor burn bans in effect Friday, due to previous dry conditions, the Texas A&M Forest Service reported.

When conditions have been dry for an extended period of time, rainwater is not easily absorbed by the soil and flooding conditions are exacerbated by runoff.

In West Texas, runoff washed away a mobile home. No one was home, so no one was hurt.

Flood waters swallowed up an ambulance in Odessa and prompted at least 30 swift-water rescues in the area.

The fast-moving rain storm swamped low-lying streets in Dallas, forcing some drivers to wade through several feet of water.

The storm also toppled trees in its path and knocked out power to as many as 20,000 residents.

A lightning strike sparked a house fire, but the four people inside were able to get out.

As Texas is flooded by the current slow-moving storm system, it is expected to receive more rain from Category 5 Hurricane Patricia, where the forecast is for the record storm to make landfall on the Pacific Coast of Mexico this weekend.

With maximum sustained winds near 200 mph, Patricia is the strongest storm ever recorded in the eastern Pacific or in the Atlantic, said Dave Roberts, a hurricane specialist at the U.S. National Hurricane Center.