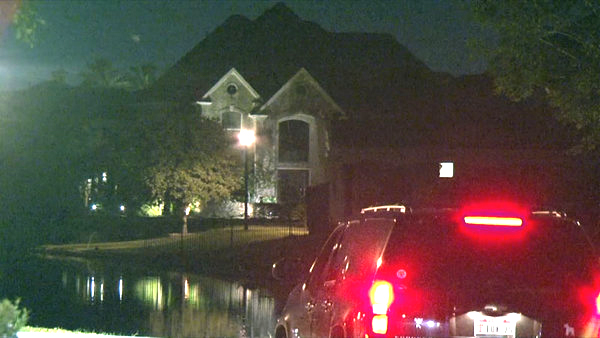 FORT BEND COUNTY, Texas - A husband and wife were found murdered in their Houston-area home on Thursday, reports CBS affiliate KHOU. Now, investigators are searching for the couple's 20-year-old son.

Ryan Robert Walton is the only one of Michael and Lynda Walton's four adult children that detectives have not been able to locate and question, according to the station. In a press conference Friday morning, the sheriff's office identified the victims, ages 54 and 52, respectively. Deputies said they had suffered gunshot wounds, and small-caliber shell casings were found at the scene. A weapon was not discovered.

Police have not named Ryan Walton a suspect in the murders.

KHOU reports authorities recovered surveillance video from the entrance to the family's gated community in Fort Bend County, just over 10 miles outside Sugar Land, Texas. Detectives said the video provided them with more information but would not comment on what it contained.

Deputies said 24-year-old Derrick Walton found his parents dead Thursday evening, according to the station. Officers were called to the scene shortly after 5 p.m. and quickly ruled out the possibility of a murder-suicide. KHOU reports the family was well-liked and respected within the community, and that Michael Walton was a developer of the subdivision where he and his wife lived.

The murders occurred a week before the couple's youngest child, 18-year-old Shelby Walton, is due to graduate from Katy High School, the station reports. The school sent out a letter of support to classmates and parents.

"Many of our students may have been friends or classmates with the student affected, or have known the family," the statement read, in part. "We will continue to extend our thoughts and prayers to those most impacted by this tragedy as they begin the healing process."