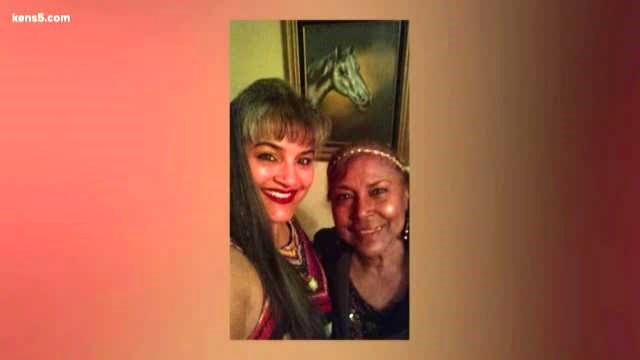 A 73-year-old woman thought she was going to die during a gunman's deadly massacre in a Texas church, her son told CBS affiliate KENS-TV.

But when the gunman approached Farida Brown as she was lying on the floor at the First Baptist Church in Sutherland Springs on Sunday, his focus shifted, her son, David Brown, told the station.

The gunman, identified by authorities as Devin Patrick Kelley, 26, turned his attention to another man with a gun, David Brown said. Stephen Willeford had run out of his house near the church barefoot, shot at Kelley and forced him to flee on a high-speed chase that ended in his death.

After David Brown arrived from Houston at his mother's side, a three-hour drive, she told her son that Kelley's rampage began with the gunman firing into the church through the windows.

"Then the shooter comes in the back door," David Brown said. "She's on the very back pew, and she's got a lady to her left, the Sunday school teachers to her right, and he yells, 'Get on the floor!'"

Brown said his mother watched Kelley's boots move around the church as he shot worshippers, killing 26 when it was all over.

In a separate interview, Carol Horton, Farida Brown's daughter, told KENS-TV that her mother played dead to stay alive. She was shot four times in the legs.

Then the gunman made his way to Brown's pew.

"The shooter was making his rounds, and he ended up there and started shooting this lady multiple times," David Brown said. "And the lady looked at my mom the whole time, and my mom was looking at her and telling her, 'It's OK, you're going to go to heaven. You're going to go to heaven,' and then she knew it was her turn to be shot, and so she just started praying that God would take her soul to heaven."

By that time, Willeford was making his way to the church, interrupting Kelley's rampage.

David Brown said that doctors expect his mother to make a full recovery.