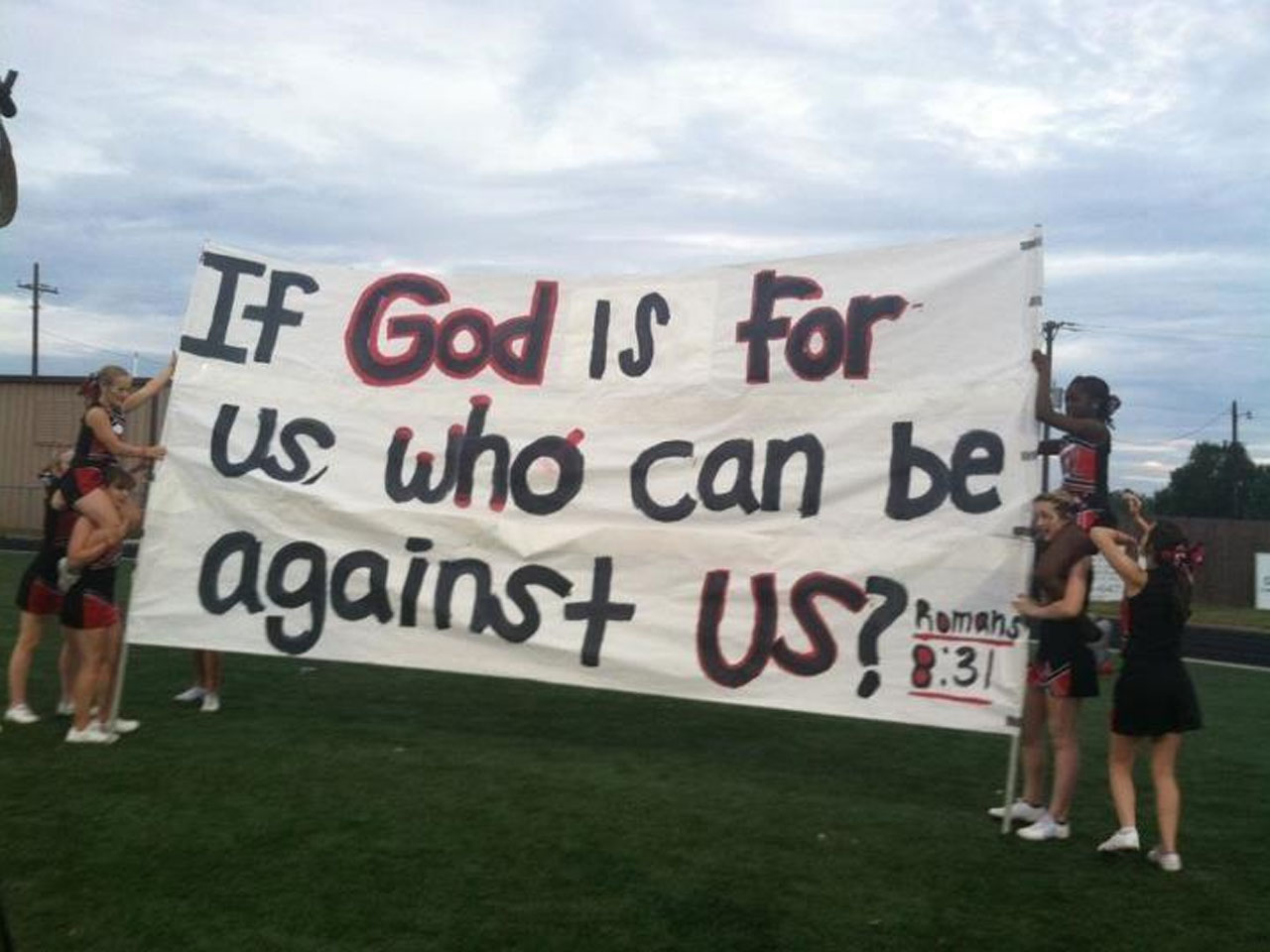 Abbott has filed court papers to intervene in a lawsuit that cheerleaders at Kountze High School filed against the school district complaining that a new policy violated their freedom of speech. In September, district officials told the cheerleaders to stop using Bible verses at football games after the Freedom From Religion Foundation complained.

The atheist group argued that using banners with phrases such as, "I can do all things through Christ that strengthens me," violates the First Amendment prohibition on the government establishing a religion.

After the school told the cheerleaders they could no longer use Bible verses, they filed suit in Hardin County district court. State District Judge Steve Thomas put a hold on the new school policy while he considered the arguments, and the cheerleaders continued to make the banners. He is expected to rule Thursday.

Abbott said that since the cheerleaders create the banners without school funding, they qualify as free speech and should not be banned.

"This is student-led expression, and that's perfectly constitutional," Abbott said. "We will not allow atheist groups from outside the state of Texas to come into the state to use menacing and misleading and intimidating tactics to try to bully schools to bow down to the altar of secular beliefs."

The foundation responded by accusing Abbott of abusing his elected position to promote religious views.

"Abbott has crossed the line from carrying out his secular constitutional duties to defend the state of Texas, to using his government bully pulpit to bully and scapegoat atheists," its statement said. "Those cheerleaders are free to worship as they like, go to the church of their choice, but not to exploit a public school event, and their school-sponsored podium, to push their personal religious views on an entire stadium."

The case began when the foundation wrote to the school district, threatening a lawsuit. The group is dedicated to the separation of church and state and believes that religion hinders social progress.

Joining Abbott at a press conference Wednesday, Gov. Rick Perry said he supported the cheerleaders and denounced the Freedom From Religion Foundation.

"Anyone who is expressing their faith should be celebrated, from my perspective, in this day and age of instant gratification, this me-first culture that we see all too often," Perry said. "We're a nation built on the concept of free expression of ideas. We're also a culture built on the concept that the original law is God's law, outlined in the Ten Commandments."

Kelly Shackelford, the president of Liberty Institute which is representing the cheerleaders, welcomed Abbott's intervention in the case.

"Greg Abbott again has proven that he is a friend of students and is willing to fight for their religious freedom," he said.