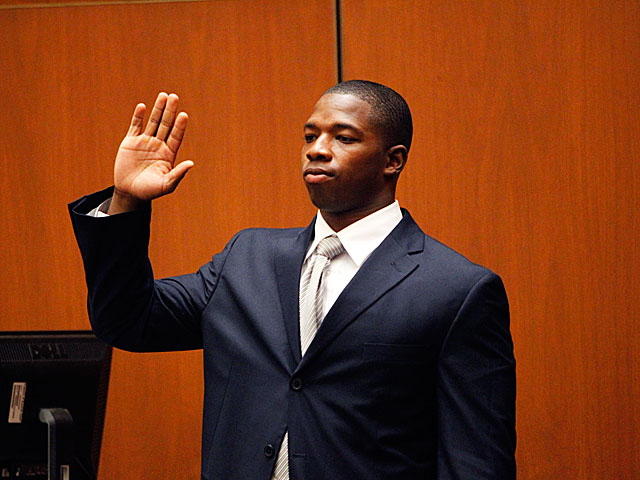 Prosecutors also hope the testimony of bodyguard Alberto Alvarez will bolster the theory that Murray was intent on concealing indications that he had been giving the singer doses of a powerful surgical anesthetic.

The third day of Murray's involuntary manslaughter trial is expected to keep jurors focused on events in Jackson's bedroom during the frantic moments when efforts were made to revive the unresponsive pop superstar.

The bodyguard's testimony is considered crucial to prosecutors' contentions that Murray delayed calling 911.

Murray's frantic voice message to the pop superstar's assistant shortly after finding Jackson unresponsive was played for jurors on Wednesday morning. In the message Murray is heard saying, "Call me right away please, call me right away, thank you."

Williams returned Murray's call and told jurors that the doctor simply told him that Jackson had a bad reaction and to send someone up. He said the doctor never told him to call 911 or described Jackson's condition.