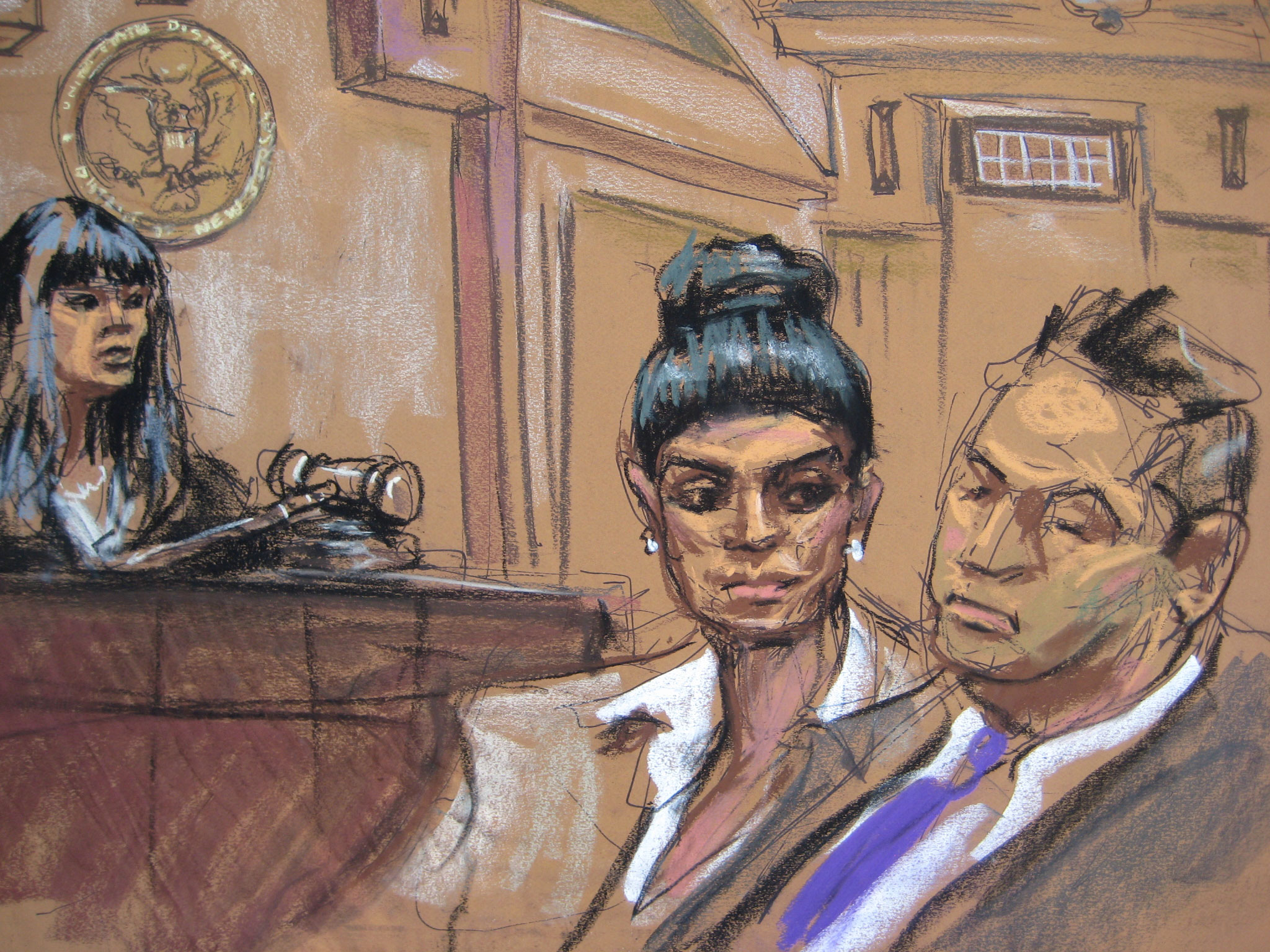 (CBS/AP) NEWARK, N.J. - Teresa and Guiseppe "Joe" Giudice, stars of the popular Bravo reality television series "The Real Housewives of New Jersey," appeared in a New Jersey courtroom Wednesday and pleaded not guilty to a host of federal fraud charges.

The couple entered District Court after passing through a gauntlet of news media outside the courthouse. Neither spoke during the five-minute court proceeding, and their pleas were entered by their respective attorneys.

The Giudices were charged last month in a 39-count indictment with conspiracy to commit mail and wire fraud, bank fraud, making false statements on loan applications and bankruptcy fraud. The couple is accused of exaggerating their income while applying for loans before their show debuted in 2009, then hiding their fortunes in a bankruptcy filing after their first season aired.

Both face hundreds of years in prison and millions of dollars in fines if convicted and given consecutive sentences, but federal sentencing guidelines would likely greatly reduce the penalties.

"We hope that she's vindicated and spends no time in jail, but it's a federal case and there's always a risk of jail," Teresa Giudice's attorney Henry Klingeman said, reports CBS New York.

The Giudices were also accused of submitting fraudulent mortgage and loan applications and fabricating tax returns and W2 forms.

Joe Giudice also is facing charges in Passaic County that he used his brother's identity to obtain a driver's license, presenting his marriage and birth certificates. He rejected a plea deal in April through his lawyer.

Teresa Giudice has parlayed her fame into cookbooks, a line of ready-made bellinis and "Skinny Italian," a specialty food line.

On the show, she is known for her expensive tastes and combative relationship with her brother and sister-in-law. The couple has four children.

A Bravo spokesman had no comment, reports CBS New York.