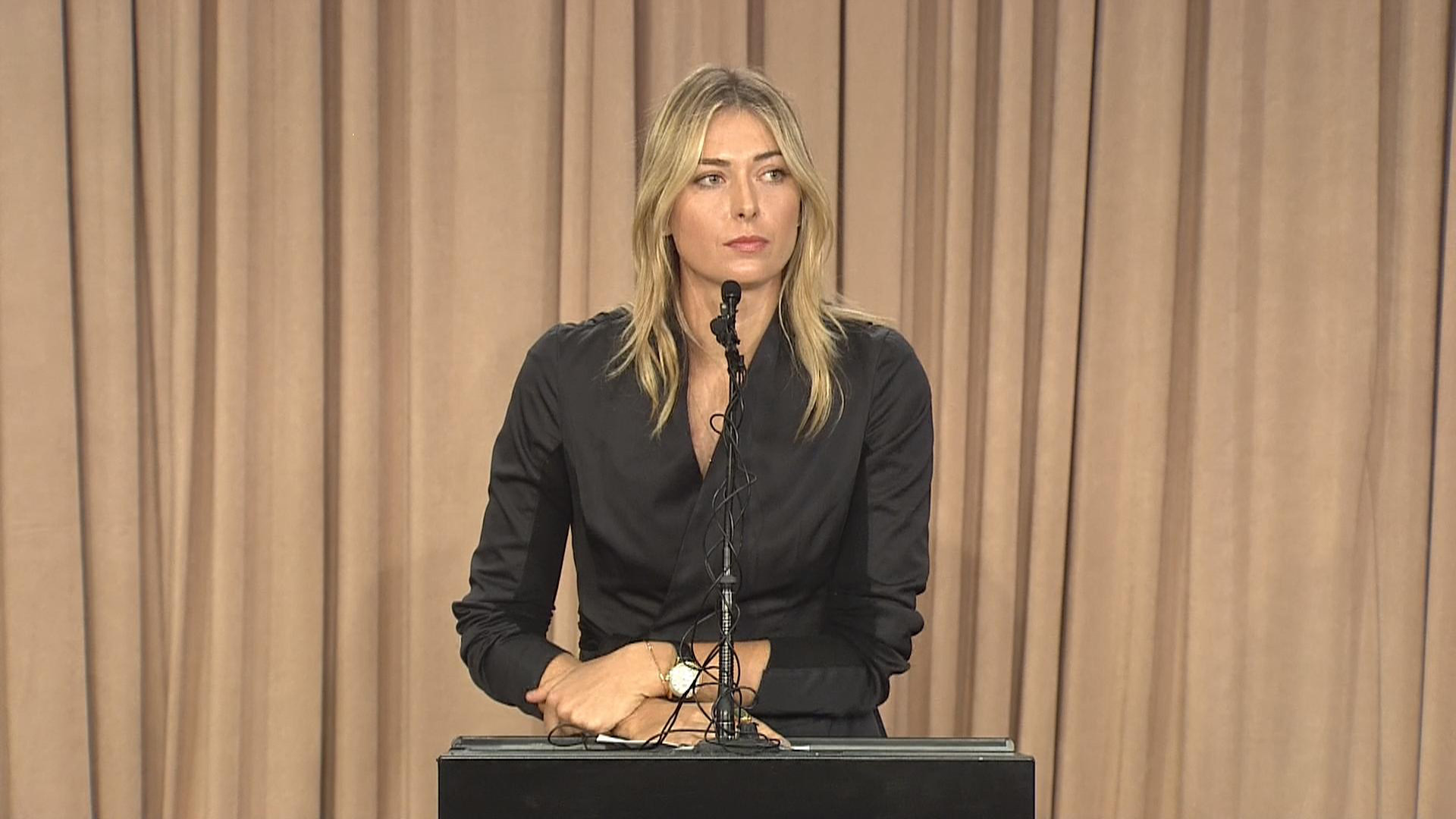 A five-time major champion made the announcement at a news conference Monday in Los Angeles.

Sharapova said she tested positive for meldonium, which she has been taking for 10 years for health issues. Meldonium became a banned substance this year.

The 28-year-old Sharapova said she tested positive for meldonium, which she said she has been taking for 10 years for numerous health issues. Meldonium became a banned substance this year under the WADA code, and Sharapova claims she didn't notice its addition to the banned list.

"I know that with this, I face consequences," Sharapova said. "I don't want to end my career this way, and I really hope I will be given another chance to play this game."

The WTA has not announced a penalty.

Sharapova's penalties could range from a multiyear ban to a minimal sanction with no suspension if officials believe she made an honest mistake.

"I have to take full responsibility for it," Sharapova said. "It's my body, and I'm responsible for what I put into it."

Sharapova has 35 career singles titles and over $36 million in career earnings. Sharapova is currently No. 7 in the WTA rankings after playing just three tournaments and the Fed Cup final in the last eight months since Wimbledon due to injuries. She dropped out of the upcoming BNP Paribas Open in Indian Wells last Thursday, citing injury.

Sharapova, hasn't competed since losing to Serena Williams in the quarterfinals of the Australian Open in January.

Sharapova is the world's highest paid female athlete, a distinction she has held for 11 years, according to Forbes. She has numerous sponsorships and off-court business activities.

The former number one player has won five grand slams in her career, and is one of six women to win all four grand slam championships -- French Open, U.S. Open, Australian and Wimbledon.