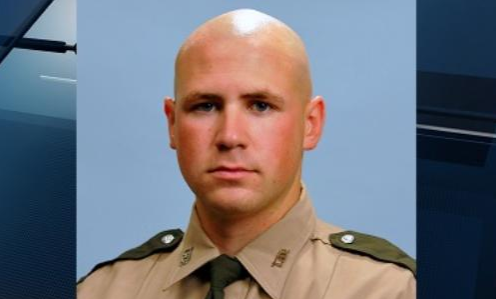 A district attorney's office in Tennessee says the actions of a trooper who allegedly groped a woman during a traffic stop and pulled her over again three hours later were "inconsistent with his training," CBS Knoxville affiliate WVLT-TV reports. "Our review of this matter revealed that Trooper Lloyd's actions were inconsistent with his training and Tennessee Department of Safety General Orders," said a release late last week from the Office of the Eighth Judicial District Attorney General's office.

It also said, however, it does not believe the trooper's actions during the encounter with the woman "form the basis for any criminal charge against him."

The woman, Patricia Wilson, says the trooper, Isaiah Lloyd, pulled her over for not wearing a seat belt in August last year, according to a lawsuit filed several weeks ago, in late January. Wilson said Lloyd asked her to get out of her car and lift up her camisole and shirt, then felt around her waistline, WVLT-TV reports. Wilson said Lloyd put his hands in her underwear and touched her buttock and pubic area.

Lloyd ticketed Wilson for not wearing a seat belt -- a pending violation the DA's office later dismissed -- and she continued on to work, according to the lawsuit. Three hours later, Lloyd pulled her over again, as Wilson's children -- 3 and 8 years old -- were in the vehicle.

"We have to stop meeting like this," Lloyd allegedly said. He also said he would not give her a ticket for having tinted windows and asked her where she was going, according to the lawsuit, WVLT-TV reports. Wilson said she was going to her the home of her children's father then back to her own house.