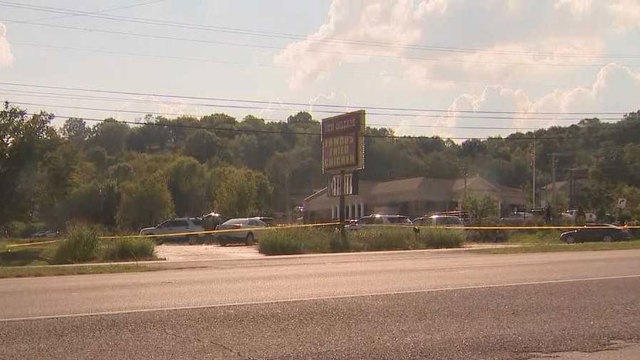 COLUMBIA, Tenn. -- A total of nine hostages were released from a suspect, who was keeping them inside a Maury County bank with a machete, CBS affiliate WTVF reports.

According to law enforcement officials, a 53-year-old held the nine people for several hours. Each of the hostages walked out of the front door of the bank into cheers from the crowd surrounding the bank.

The parking lot at the Community First Bank and Trust was blocked off by first responders and police.

Police responded to reports of a robbery at the Community First Bank and Trust in Columbia shortly before 2 p.m. on Friday, Columbia police Capt. Jeremy Alsup said in a news conference.

Witnesses at nearby businesses told CBS Nashville affiliate WTVF that authorities blocked off sections of the road outside the bank. They said officers in SWAT gear have surrounded the bank.

Authorities are not aware of the suspect's motives, but Alsup said they do not believe robbery was a "prime motive."