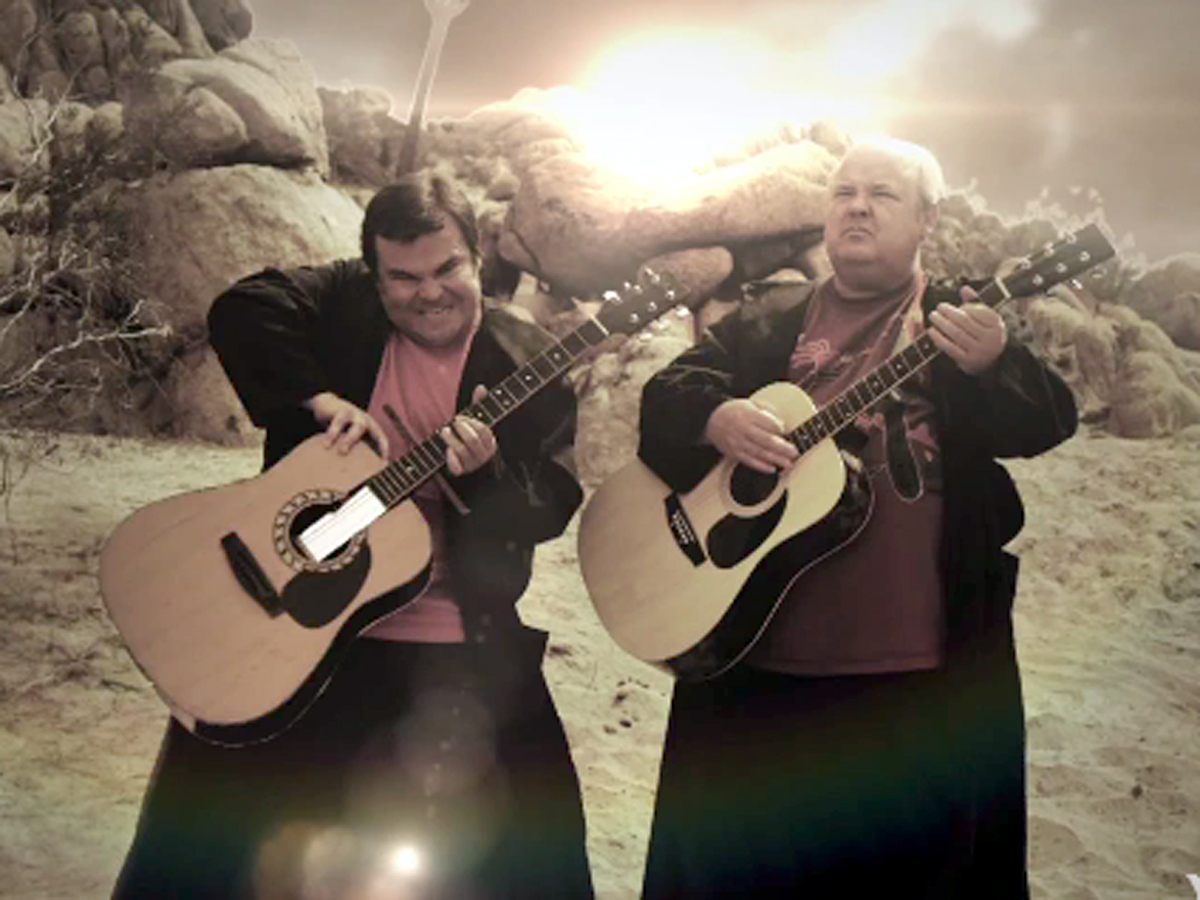 (CBS News) Tenacious D is back with a vengeance and, as always, a really great sense of humor. Check out their new music video for "Rize of the Fenix" that just hit the interwebs.

After a very long hiatus, it's great to see the band back in action.  And along with their music video for "To Be The Best," which was featured here on The Feed a few weeks ago, I'd say they are better than ever.  Yeah, I'm stating opinion as fact, so deal with it. Or don't. I don't know.

But I do know that I love they decided to poke some fun at the The Pick of Destiny and play with the idea of an unfinished music video while continuing to employ their same amazing style of rock parody.  So on behalf of The Feed, a big triple-rainbow salute of excellence goes out to the band!  And to check out more from Tenacious D, you can visit their YouTube page by clicking here.