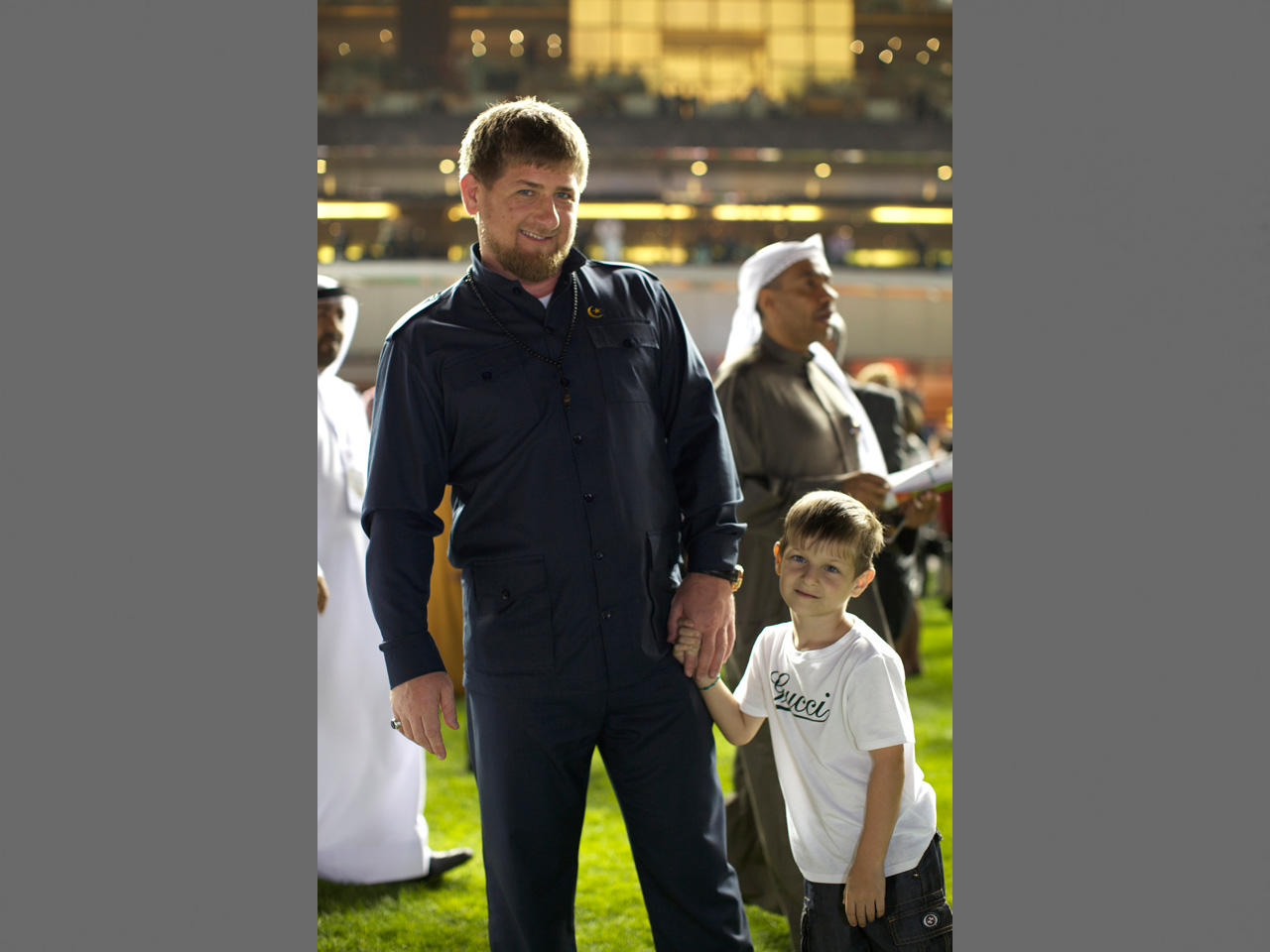 One of Kadyrov’s sons, 10-year-old Akhmad, beat another boy by a technical knockout in the cage during a so-called exhibition bout on a nationally televised fight card Tuesday, while his younger brothers Eli and Adam also won their fights as a crowd of adults in the hall cheered them on.

The children walked into the ring with background music, were announced in the same way as pro fighters and were rewarded with belts when they won, with their father looking on. The TV broadcast from the Chechen capital Grozny was chiefly focused on adult bouts, but featured professional commentary and graphics introducing the child fighters.

Kadyrov was inaugurated Wednesday to a new term as Chechnya’s leader on his 40th birthday.

Leading Russian MMA pro Fedor Emelianenko called the fights “unacceptable” and dangerous in a statement on his Instagram page, and said the children risked permanent injury and psychological harm.

“What happened at the tournament in Grozny is unacceptable and, moreover, cannot be justified,” said Emelianenko, who heads the Russian MMA Union. “There were little ones, eight years old, punching each other in front of happy adults. Is it really so important for you to organize a spectacle at the cost of children’s health?!”

It was “incomprehensible to me” that state TV showed children’s fights, he added.

Emelianenko said children under the age of 12 should not be allowed to take part in any MMA fights and that anyone under the age of 21 must wear a helmet and protective gear for safety reasons. The children in the televised bouts fought bare-headed. In at least one case, a child received a heavy blow to the head.

Kadyrov posted videos of the fights to his own Instagram page along with congratulatory comments for his sons. A defeated 10-year-old opponent “showed real masculine character,” Kadyrov wrote, adding: “I’m sure there are victorious fights ahead.”

Kadyrov has been repeatedly accused of human rights violations during his rule of Chechnya, including murders and forced disappearances.

He is a noted sports fan, overseeing a Russian Premier League soccer team, and once challenged one of his ministers to a boxing match after criticizing his work.

Kadyrov, who is a close ally of President Vladimir Putin, won re-election as Chechnya’s leader last month with almost 98 percent of the vote, according to regional election authorities. He faces almost no organized political opposition.