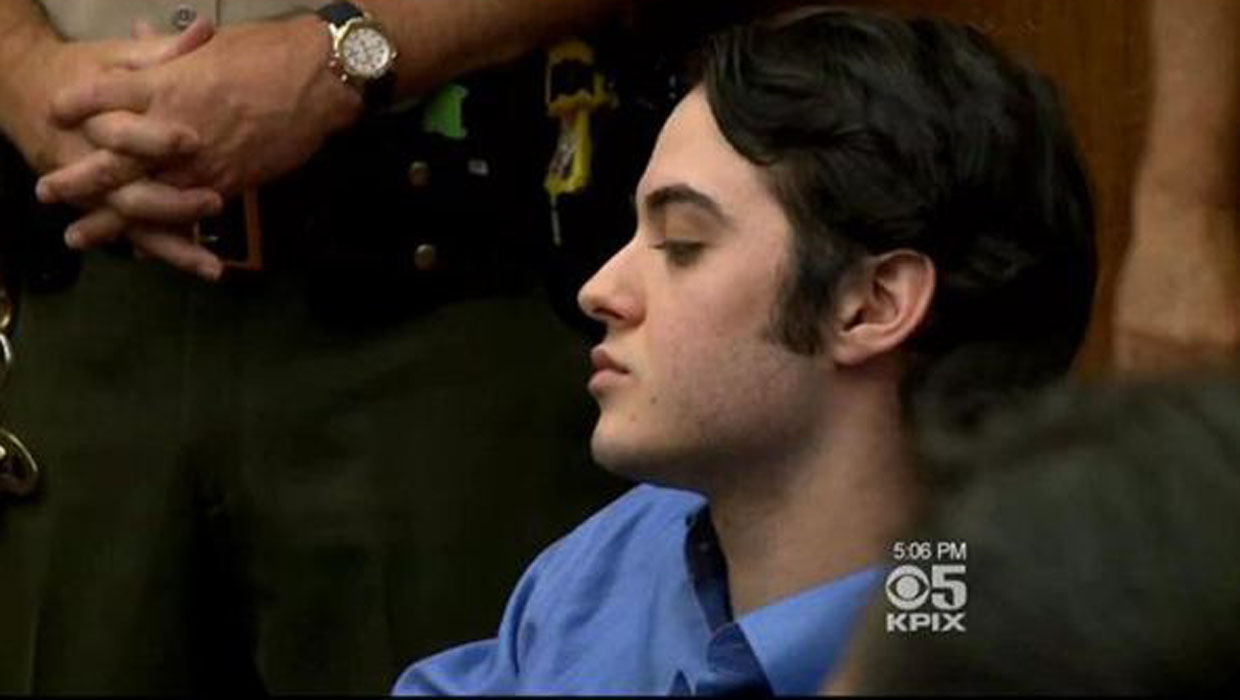 SAN RAFAEL, Calif. - A northern California teen convicted of a series of crimes including an attempt to gun down a romantic rival and the theft of celebrity chef Guy Fieri’s $200,000 Lamborghini, was sentenced Thursday to life in prison, reports the Marin Independent Journal.

Max Wade was accused of opening fire on a pickup truck on April 13, 2012, in which his acquaintances Landon Wahlstrom, 18, and Wahlstrom’s girlfriend Eva Dedier, 17, were riding, reports the paper. Authorities said Wade was known to supply the couple with fake ID’s and was jealous that Wahlstrom was dating Dedier.

According to the paper, the couple ducked and suffered only minor injuries from broken glass. Investigators on that case were led to Wade’s storage space, where they reportedly uncovered the Lamborghini belonging to celebrity chef Fieri, best known for his show “Diners, Drives-Ins and Dives.”

The sports car was stolen from a San Francisco dealership in 2011, reports the paper.

At trial, Marin County prosecutor Yvette Martinez said Wade had stolen the yellow Lamborghini to impress the girl and was willing to kill to get her attention.

Though Wade was 17 when he committed the crimes, he was charged as an adult and reportedly convicted of attempted murder against Wahlstrom, firing a gun into an occupied vehicle and possession of the stolen sports car, reports the Independent Journal.

Wade was sentenced to a life term with the possibility of parole on the attempted murder conviction, 21 years and four months for intentional discharge of a firearm, and 16 months for possession of the stolen Lamborghini, reports CBS San Francisco.

"It's a shocking case, and I'm sorry to be the judge who sentences such a young person to such a long sentence," judge Kelly Simmons said, reports the Independent Journal. "But he deserves it."

The paper reports that it is possible Wade could be released before age 40. He must serve 85 percent of the more than  21 year term before he begins serving the life sentence, but he will be eligible to apply for parole once his life term begins, his defense attorney told the paper.