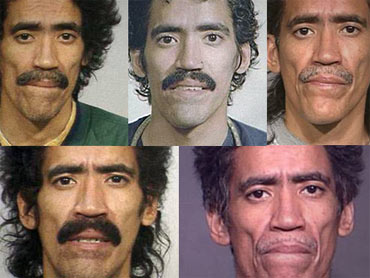 A homeless man whose deep, velvety voice and touching story prompted an outpouring of sympathy and job offers from across the country, has become an overnight sensation.

But as Williams' star rises, a picture is also emerging of the checkered past that left him a homeless felon, estranged from his family and addicted to crack cocaine.

On Thursday, Williams, who was living in a tent near a highway in Columbus, Ohio just days ago, was in his hometown of New York for an emotional reunion with his 90-year-old mother, media appearances, and to do some commercial voiceover work.

In his first national television interview Wednesday with CBS' "The Early Show," Williams said "Oh my God it's just sensational for one [thing], it's numbing for another, overwhelming, I mean there's just so many words. It's amazing, well, I feel like, I've already been characterized as Susan Boyle, you know."

It's been a shocking turn of events for the golden-voiced man, who had gotten by living in shelters and occasionally with family and friends over the past few years. Williams has also been in his share of trouble. His past includes a lengthy list of arrests. He has served time in prison for theft and forgery and has been cited with numerous misdemeanors, including drug abuse.

He was most recently arrested on May 14. He pleaded guilty to a first-degree misdemeanor theft charge. In court records, his address is listed as "Streets of Columbus."

The Smoking Gun reviewed police reports describing Williams' criminal past and spoke to a manager at a National Tire & Battery in Columbus, who said Williams had become an "ongoing problem" for the business, begging customers for money and refusing to leave the property.

"The businessman, who only wanted to be identified as Dan, told TSG that Williams's newfound notoriety had left him a 'little aggravated,'" the website reported. "The man said that he had seen Williams urinate in front of the business, and watched recently as he and his female friend stripped to their underwear as they changed into dry clothes during a rainstorm."

To be sure, Williams did not try to conceal his past in his original interview with Columbus Dispatch. "Alcohol and drugs and a few other things became a part of my life," he said. "I've got two years clean and I'm trying hard to get it back."

The Dispatch reports that Williams spent three months in prison in 1990 for theft and nearly two months in 2004 for multiple crimes.

The paper reports that Williams last worked in radio doing voiceovers for a local station in the 1990s, before being laid off in 1997. An anonymous co-worker from the station said that he had a reputation for theft and added, "To be honest, I'm shocked he's still alive, considering all the stuff he was into."

Left homeless after his life and radio career were ruined by drugs and alcohol, Williams has been offered a job the Cleveland Cavaliers, and the 53-year-old is being pursued by NFL Films and others for possible work. Williams and his compelling tale became an online sensation after The Columbus Dispatch posted a clip of him demonstrating his voiceover skills while begging by the side of the road.

Watch the original video below.

"I don't know which one to choose, which one is the right one," he said on NBC regarding the job prospects. But he said he was ready to handle the second chance he was being given and predicted that in five years, he'd be working as a radio program director and living in his own apartment. Williams said he found a "new sense of spirituality" in 2010 that would help him deal with whatever success comes.

Williams was contacted Wednesday by the Cavaliers, who have offered him a position that could include announcing work at Quicken Loans Arena, the team's downtown facility. Williams said the team has offered him a two-year contract and said they would pay his living expenses.

She told the paper he'd lived with family on and off since the divorce, but his drug use created problems.

Pullien said that family members are happy for Williams' newfound success but also raised concerns that the fame could be dangerous for him - saying his past radio career exposed to "the wrong crowd."

Upon learning of Williams' criminal history, the Cavaliers said their offer still stands.

"We believe in second chances and second opportunities," said Tracy Marek, the team's senior vice president of marketing. "The gentleman deserves an opportunity to explain certain situations. We're not jumping to conclusions. It's not fair."

Cavaliers spokesman Tad Carper said exact details of the team's offer and their plans to help Williams with housing were still being worked out.

The Cavaliers did not know much about him, but were moved by Williams' ordeal.

"When you know something's right, you just have to launch," Marek said. "One of the big things that we talk about here, with our organization, is how important urgency is - when you see something that feels good and seems right."

Williams flew Wednesday night for a reunion with his 90-year-old mother, Julia, who lives in Brooklyn.

"Early Show" co-anchor Chris Wragge accompanied Julia on her way to LaGuardia Airport for the anticipated reunion. "I'm very proud of him. I hope that he can do good," she told Wragge.

She hadn't seen Ted in more than 10 years, and was overjoyed at the thought of laying eyes on him again.

Still, in an exclusive interview on "The Early Show" Thursday, Julia told Wragge, "It was alright" that she didn't get to see Ted at the airport. "I wanted to be there when he got off the plane," she said, "but I wasn't. But it's alright."

She has stood by him during his battles with addiction.

"She has always been my best friend," he said, crying. "When I was a kid, she would take me down to Radio City Music Hall and on the subway. I'm just glad that she is still around. I prayed that she would live long enough that I could make her proud and see could her son do something other than stand along the side of the road with a sign asking for money."

Julia Williams is thrilled her only child is turning his life around. She can't wait to see him.

"This will be my day to see my son get up and do something to help himself," she said. "He has so much talent. I hope this will be the thing for him. He came from a nice family. And then he went poor, poor. So, maybe this will build him up and let him see that there's more in life than hanging around with the wrong people, and taking drugs."

Julia's Williams trip with Wragge to the airport: