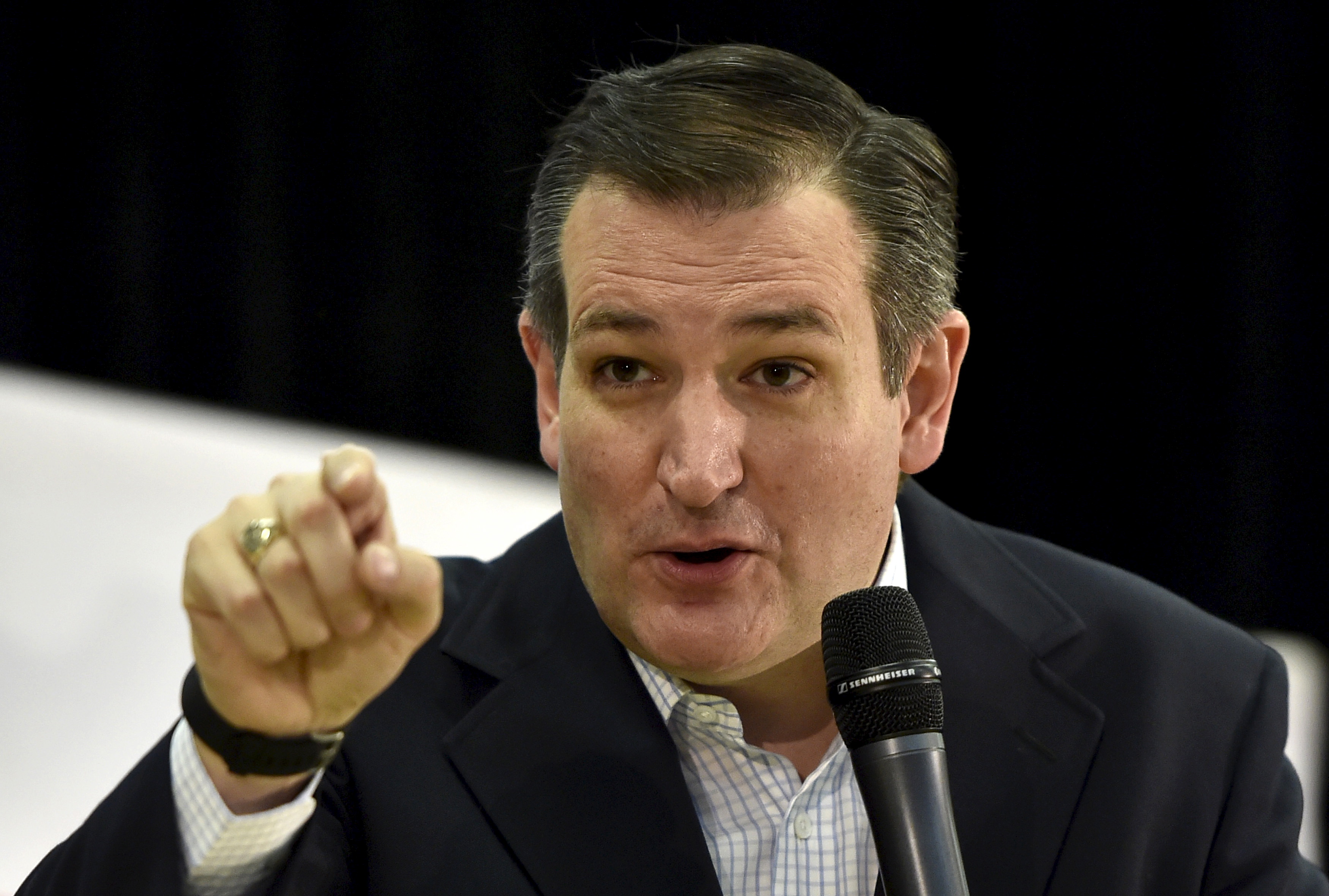 After months of avoiding a firm position on how he would handle the estimated 11 million people in the U.S. illegally, Republican presidential candidate Ted Cruz now says he would have federal agents go look for people who do not have legal status.

In an interview on Fox News' Monday evening, host Bill O'Reilly pressed Cruz on whether, he, like fellow candidate Donald Trump, would specifically go out and round up people in the U.S. illegally.

"Of course you would," Cruz said. "That's what [Immigration and Customs Enforcement] exists for. We have law enforcement that looks for people who are violating the laws. It apprehends them."

In a January interview on CNN's "State of the Union," Cruz appeared to reject this type of enforcement.

"No, I don't intend to send jackboots to knock on your door and every door in America. That's not how we enforce the law for any crime," he said at the time.

But on Fox News, Cruz was asked what he would do about "Tommy O'Malley," a hypothetical immigrant from Cork County, Ireland, who overstayed his visa to the in the U.S., had a few children and settled in Long Island.

"You, President Cruz, are going to send the Feds to his house, take him out and put him on a plane back to Ireland?" O'Reilly asked.

"You better believe it," Cruz said. But he added that the U.S. does not have a biometric entrance and exit system to track people who overstay their visas because the Obama administration refuses to implement one as required by federal law (such a system was first mandated by Congress in 1996 but Presidents Clinton, Bush and Obama have all struggled with implementation).

"As president, I will put that in place, so we will know the day someone overstays their visa and be able to send law enforcement to apprehend them home," Cruz said. He went on to criticize Trump and his fellow senator and presidential candidate, Marco Rubio, for saying they would allow people who have come to the U.S. illegally to become U.S. citizens.

Trump has promised that he will deport every immigrant living in the U.S. illegally if he is elected president.

"We're rounding 'em up in a very humane way, in a very nice way," he said on "60 Minutes" last year. But he did say some will be allowed to return if they are "really good people," though he has not specified whether he would allow them to become citizens.

Rubio was one of the original authors of the Senate immigration bill, which would have allowed some, but certainly not all immigrants in the U.S. illegally to apply for citizenship after meeting certain criteria. He has since backed away from his support for legislation, and argues that the border must first be secured before a decision is made about what to do with the undocumented population.

In a January interview on "Meet the Press" he was slightly more explicit about how he would tackle immigration.

"If you're a criminal alien, no, you can't stay. If you're someone that hasn't been here for a very long time, you can't stay," he said. He added, "I don't think you're gonna round up and deport 12 million people."

Then he said, "It is very clear now more than ever that we are not going to be able to do anything on people that are illegally until we first prove to people that illegal immigration is under control and America is safe."