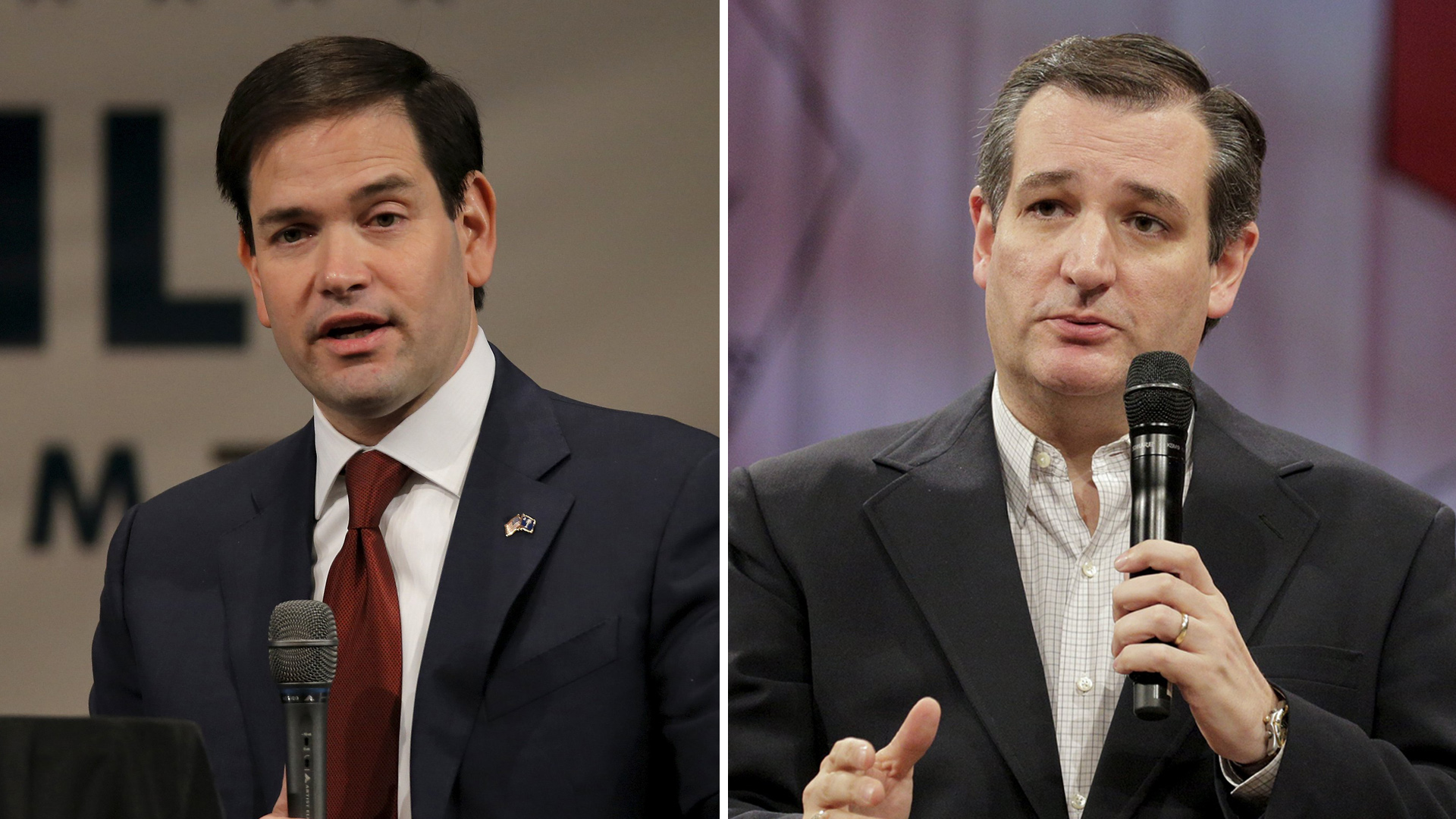 Sen. Ted Cruz on Monday announced that he had asked his spokesman Rick Tyler to resign that morning after his campaign pushed a video that made it appear like Sen. Marco Rubio was mocking a Cruz staffer's bible.

"This morning, I asked for Rick Tyler's resignation," Cruz told reporters. "I have made clear in this campaign we will conduct this campaign with the very highest standards and integrity."

Rubio lashed out against the Cruz campaign Monday morning for the video that shows him walking past a Cruz staffer reading the Bible and according to the on-screen text, telling that staffer there are "not many answers" in the Scripture he was reading.

Rubio called the move "incredibly disturbing," and characterized it as part of a "pattern" of "deceptive and untrue" tactics that he believes have come to define the Cruz campaign. Rubio said the words on the screen did not reflect what he said in reality.

"I know exactly what I said to that young man," Rubio told reporters in Las Vegas. "I said the answer to every question you'll ever have is in that book. And then I pointed to the Book of Proverbs which he was reading, and I said particularly that one which is a book of wisdom."

Rubio "was presumably not expecting to run into Rafael Cruz, father of presidential candidate Ted Cruz, and Cruz campaign staffer Christian Collins," the paper wrote. "However, once he saw them he decided to have some fun with them."

Late Sunday night and again early Monday morning the Cruz campaign apologized for passing around the video on social media. Tyler said the video "misquoted a remark the Senator [Rubio] made to the staffer." He told Fox News' Martha MacCallum the staffer said Rubio in fact made a "light-hearted remark." In his statement Tyler blamed unclear audio from the video and added that his post had been deleted.

The Daily Pennsylvanian has since removed the text from the video and added an update, which includes this statement: "Though our original transcription reflects what we originally heard, after reviewing the audio, we feel it is too unclear to say for sure."

Daily Pennsylvanian President Colin Henderson told CBS News there would be no comment at this time and referred us to the updated article.

The video's circulation is the latest in a string of tactics Rubio and his campaign have highlighted as examples of a politician who is willing to do or say anything to get elected and is not the strict conservative he claims to be.

For Rubio, accountability from the Cruz campaign would include a pink slip. "Who's going to be fired when Ted Cruz is president," he asked. "Because this campaign now has repeatedly done things that they have to apologize for and no one's ever held accountable."

The Rubio campaign has been insistent in its messaging that Cruz and his campaign have consistently lied.

"[Y]ou're sending the message to the people that work for you, 'Go out and do anything you want, and if you get caught, we'll just apologize but we'll keep doing it.'"

"That seems to be what happened here." Rubio concluded.

CBS News' Rebecca Shabad and Alan He contributed to this story.