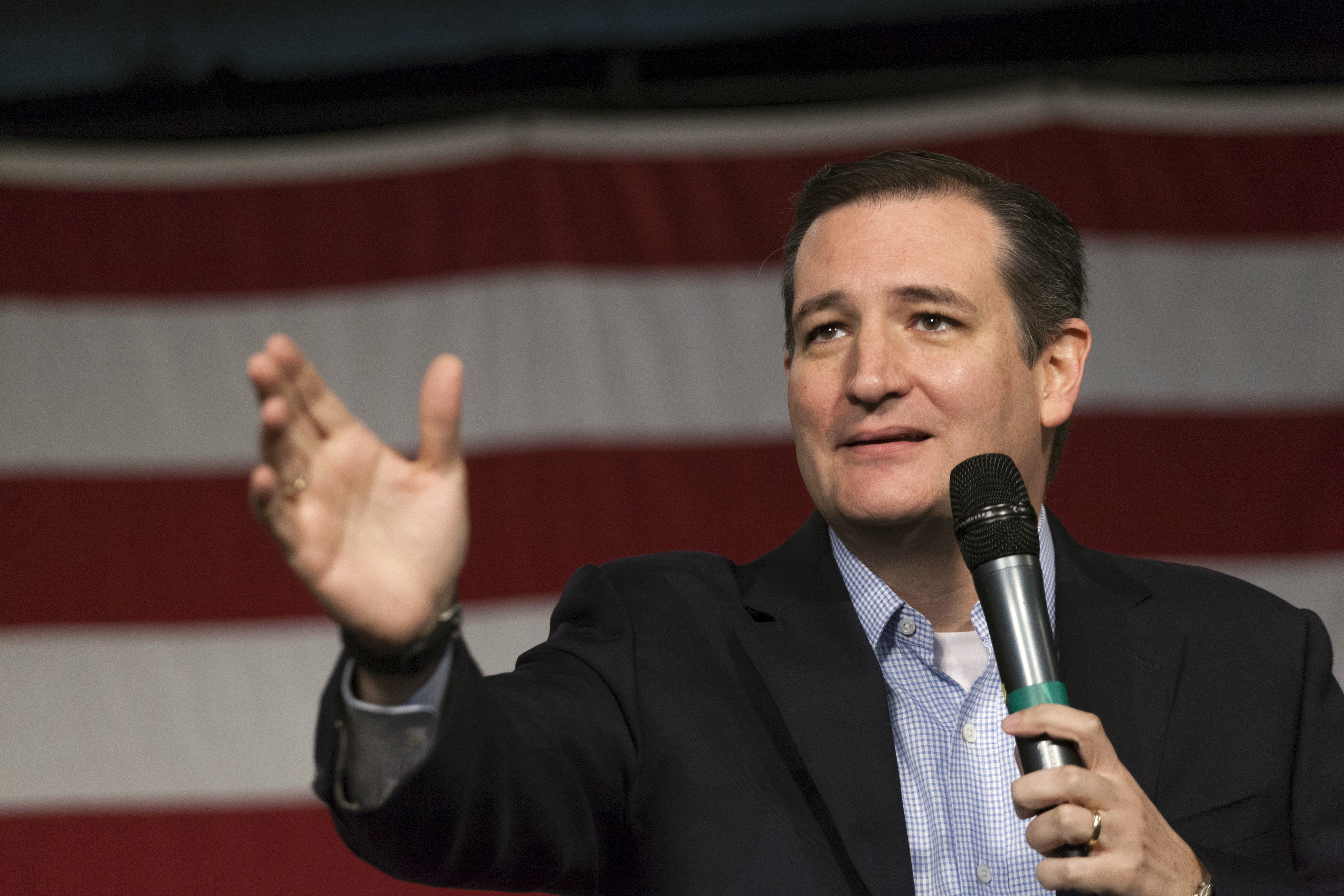 BettendorfPresidential candidate Ted Cruz on Monday evening ridiculed idea that Republicans were waging a "war on women," calling it, "made up nonsense."

"Last I checked, we don't have a rubber shortage in America," Cruz joked in response to a question at a town hall in Bettendorf, Iowa about his stance on contraception.

During the 2012 and 2014 election cycles, GOP views on contraception came under scrutiny due the party's opposition to the Affordable Care Act -- the controversial health care law requires insurance companies to fully cover the cost of birth control. That issue, among others, was used to suggest Republicans were waging a "war on women."

Yet Cruz on Monday suggested that Democratic front runner Hillary Clinton and other Democrats embraced the issue because they had no other way to rally voters.

"What do you do? You go the condom police."

Clinton "can't run on Obamacare" and "certainly can't run on foreign policy," Cruz argued. Consequently, he colorfully suggested that scaring voters about the "condom police" was her only avenue to success.

"'I'm going to make up a completely made up threat and try to scare a bunch of folks that are not paying a lot of attention that someone is going to steal their birth control,' he said in a mocking Clinton imitation. "What nonsense."

The large, standing-room-only crowd laughed in approval when the Texan joked, "Last I checked we don't have a rubber shortage in America. When I was in college, we had a machine in the bathroom, you put 50 cents and viola."

Cruz also assailed other Republicans who, in his words, "curled up in a ball" and said "don't hurt me" when the "war on women" charge was leveled against them.

Toward the end of the town hall, Cruz slammed Planned Parenthood when an audience member asked what he would do to shut the organization down. He said that the undercover videos of Planned Parenthood officials talking in graphic terms about the procurement of fetal body parts show that, "it appears Planned Parenthood has committed a pattern of ongoing felonies."

Laying out the penalty of up to 10 years in prison for the federal crime of selling body parts of unborn children, Cruz claimed, "On these videos you have Planned Parenthood doing exactly that." In fact, the videos show Planned Parenthood officials stressing that they cannot make a profit by transferring fetal tissue to researchers. Planned Parenthood has maintained that it never made a profit this way -- and thus did not break the law.

The senator pledged that a potential Cruz administration would investigate the Planned Parenthood on his first day in office and "prosecute any and all violations by that organization."

Cruz did not address the recent shooting that occurred in a Colorado Planned Parenthood facility. However, earlier Monday on the Hugh Hewitt radio show, Cruz commented that the coverage of the shooting has "really displayed the ugly underbelly of the media."

"You know, every time you have some sort of violent crime or mass killing, you can almost see the media salivating, hoping, hoping desperately that the murderer happens to be a Republican so they can use it to try to paint their political enemies," he said. "Now listen, here's the simple and undeniable fact: The overwhelming majority of violent criminals are Democrats."

The Texas senator has surged in Iowa to 21 percent in the polls, according to the latest CBS News Battleground Tracker.

Joel Johnson of Quad City, Iowa who was at the Bettendorf town hall described Cruz as "very high on the list" of candidates he was considering and as "having more substance" than Donald Trump "who says a lot of what we feel." Voter Steve Scully of Davenport, Iowa called Cruz "heartfelt" and said was deciding between Cruz, Ben Carson, and Donald Trump saying, "It's those three, I left my business this afternoon at three o'clock, I wouldn't be here if he [Cruz] wasn't important as one of the candidates to me."