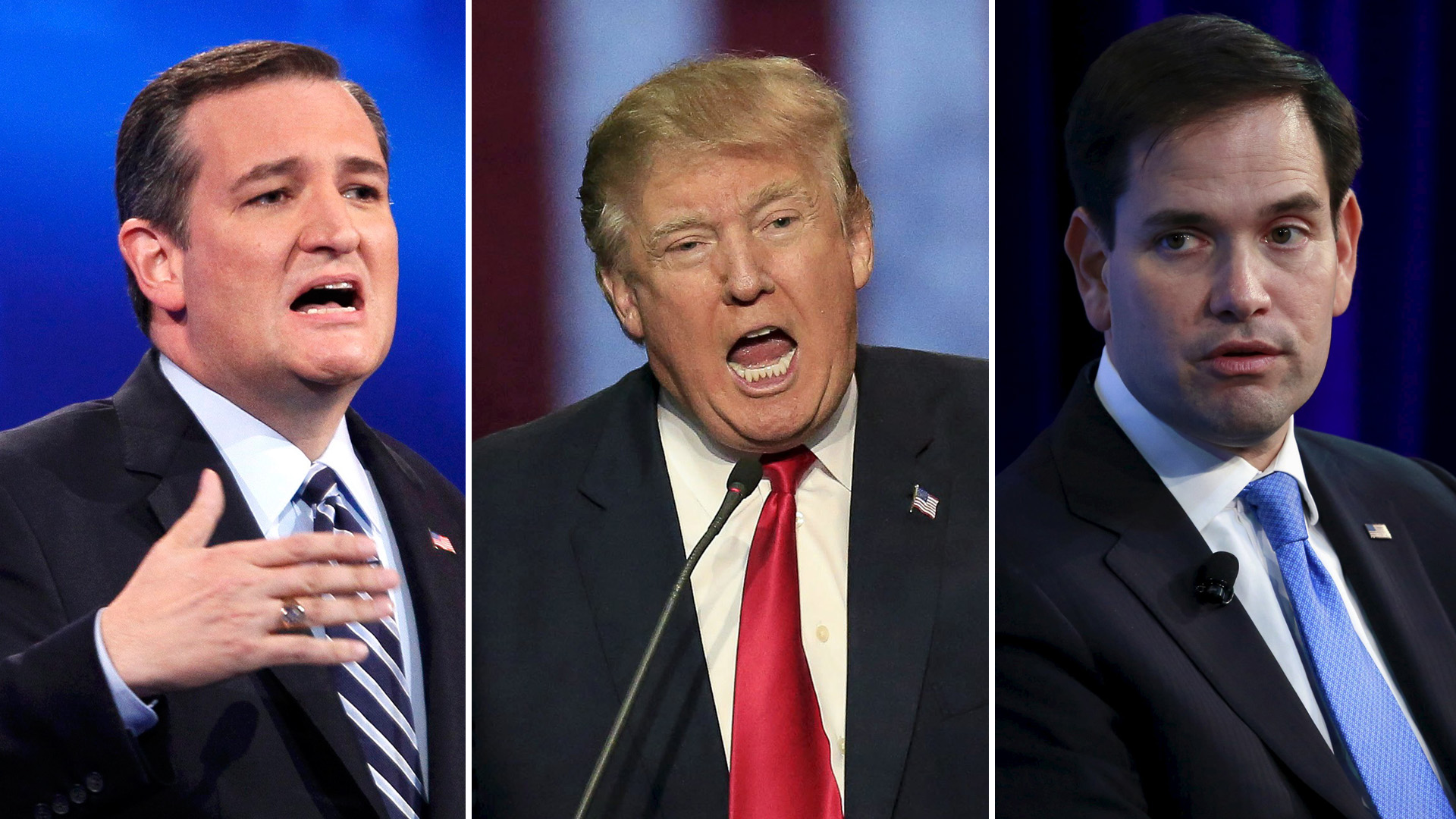 Donald Trump has returned to the lead in Iowa while Ted Cruz has now surged past Ben Carson into second place. Carson has slipped from a first-place tie into third.

While Iowa's Republicans generally feel Trump is ready to be commander-in-chief, Cruz scores even better on this measure, boosted by support from very conservative and Tea Party Iowans who feel he is ready to assume the post. That's more than say so about Trump, Carson, Rubio and Jeb Bush.

Since last month, Ted Cruz has gained ground -- and Ben Carson has lost ground -- among some key voting groups in Iowa: evangelicals, Tea Party supporters, those who are very conservative and older voters. And while Trump still leads among some of these groups, it's Cruz who is ahead among the very conservative, and Trump leads Cruz by just two points among evangelical voters.

Cruz's move has come directly at the expense of Carson, as nearly one-quarter of his voters switched.

In New Hampshire, Donald Trump keeps his commanding lead, keeping up support from conservatives, Republicans and the independents who say they're coming into the GOP primary to vote for him. This month finds Marco Rubio nearly doubling his support and pushing into second place -- albeit far back of Trump -- at 13 percent now, up from 7 percent, enough to edge past Carson and Cruz in the nation's first primary.

In New Hampshire, even as he's moved up, Rubio draws mixed evaluations on whether he's ready to be commander-in-chief. But he still bests Jeb Bush and Ben Carson on the measure; Bush is narrowly viewed as not ready, and Carson is overwhelmingly seen as not ready by New Hampshirites.

Almost all of each candidates' own supporters feel he is ready to be commander-in-chief, so these numbers also reflect differences driven heavily by perceptions among non-supporters. But among non-supporters, Cruz still does well. Carson, less so among those not already backing him.

Importantly for Trump: Most of his voters believe he can do all the things he says, much more so than Carson's voters believe about Carson. Their voters were asked how confident they were in their ability to get done what they say they want to. For Trump, 61% of his voters are confident in New Hampshire, but also in Iowa and South Carolina, patterns are very similar.

And when Trump backers are asked their favorite thing about him, the top answer is that he says what others are afraid to say - a key explainer of his support even as others find some of his statements controversial.

ISIS, the impact of Paris, and immigration

Handling ISIS has become a litmus test for candidates: at least two-thirds of Republicans in Iowa, New Hampshire and South Carolina all say a candidate must agree with them on this topic in order to win their vote.

A sizable percentage of GOP primary voters in all three early states said their decision as to who to support was at least somewhat affected by the Paris attacks.

Immigration and the GOP Race

Immigration policy has become a deal-breaker in the Republican race: voters say a candidate must agree with them on it in order to earn their vote. This is markedly different from issues like same-sex marriage, on which Republicans are willing to disagree with their candidate, and more similar to handling ISIS. It also greatly outpaces matters of faith and religion, including in Iowa, where Republicans are more willing to compromise. 61% of Iowa GOP voters say their nominee must agree with them on immigration, as do 63% in New Hampshire.

Large majorities of Republican primary voters in Iowa, New Hampshire and South Carolina express tough views toward illegal immigrants, including eight in ten who view them as harm to national security. More than four in five say that they have broken the law and should be penalized or deported.

But Republicans' perceptions of illegal immigrants in these states aren't entirely negative: majorities in each state also view illegal immigrants as hard-working, and about half say they fill jobs that Americans won't do. Many who voice these descriptions simultaneously feel that illegal immigrants have also broken the law or pose potential harm, suggesting that for many Republicans, views on this are more nuanced than straight up-or-down approval on candidates' proposals might suggest.

In Iowa, South Carolina and New Hampshire, voters who support the Tea Party and those who are more conservative express the most negative views of illegal immigrants. About nine in ten voters in these groups see illegal immigrants as driving down wages and threatening national security, and think they should be penalized or deported.

In New Hampshire, where independents typically play a large role in the primary, independents are only slightly less likely than Republicans to view illegal immigrants negatively.