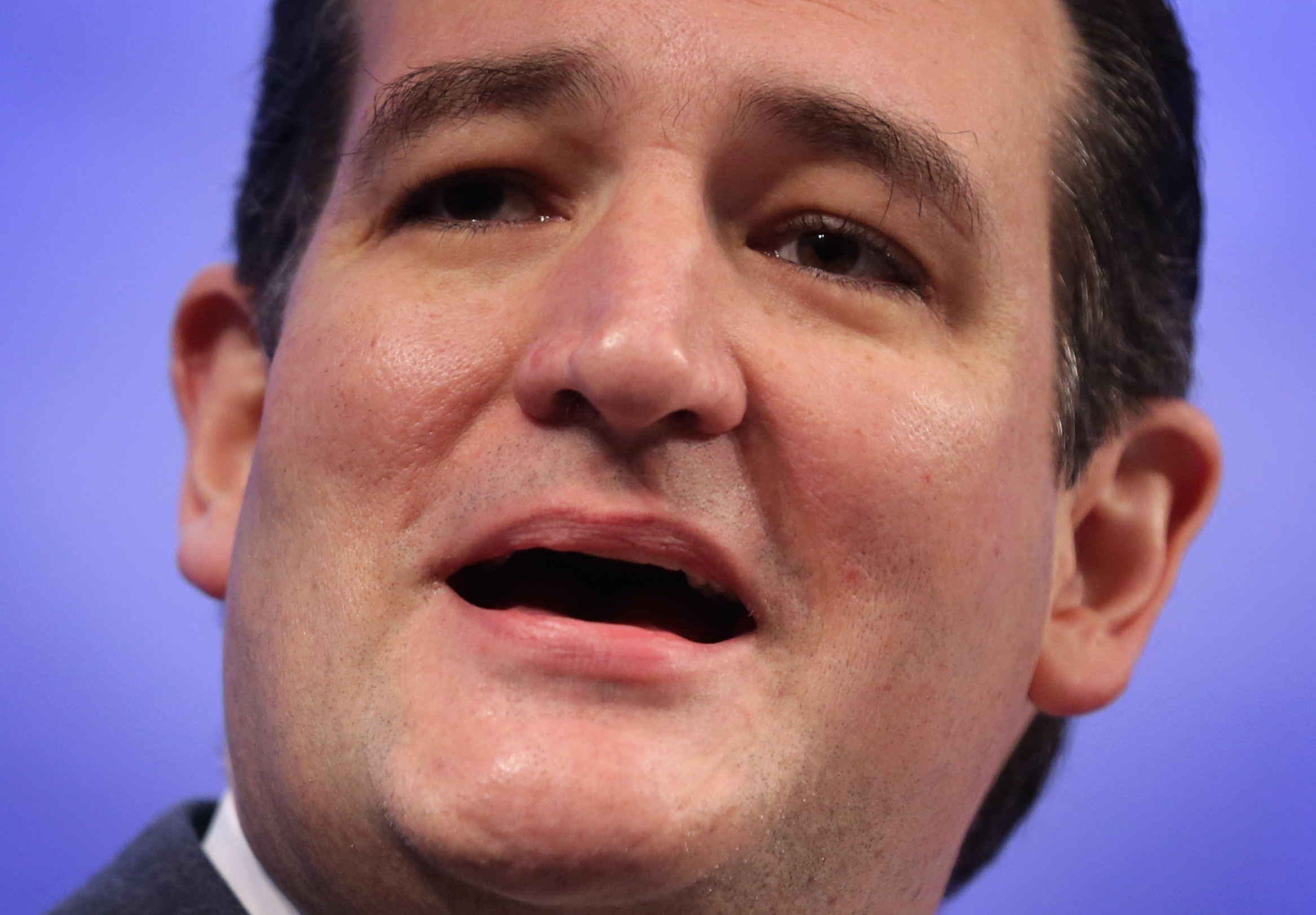 WASHINGTON -- Politicians poked fun at adversaries and themselves Saturday night at the annual Gridiron dinner, a gathering of journalists and public figures.

Cruz, not known to closely follow party leaders' instructions, told the crowd that McConnell had asked him to represent the GOP "and when Leader McConnell wants something, who am I to say no?"

Much of Cruz's testy relationship with GOP party leaders stems from the Texas Republican's frequently-expressed belief that some Republicans are simply not conservative enough. At the 2014 Conservative Political Action Conference this weekend, Cruz said that Republicans must nominate strong conservatives who stand on principle if they hope to recapture the presidency, joking about recent, moderate GOP presidential candidates who were ultimately defeated.

The joke prompted Sen. John McCain, R-Ariz., one of Cruz's most dogged GOP critics, to demand an apology on behalf of former Senate Majority Leader Bob Dole, who was injured during World War II.

"I wonder if he thinks that Bob Dole stood for principle on that hilltop in Italy when he was so gravely wounded and left part of his body there fighting for our country," McCain said Friday on MSNBC.


Also speaking at the Gridiron dinner was Charlie Crist, who was Florida governor as a Republican and seeks to regain the job as a Democrat. Crist said he checked his big ego by reminding himself that John McCain found Sarah Palin a worthier running mate in 2008. And he took a jab at Cruz, saying the Texas tea partyer's followers wear "tri-cornered aluminum hats."

The final speaker was Secretary of State John Kerry, a former senator and 2004 presidential nominee.

Kerry joked about government spying on people including journalists, saying it was "so nice to put faces to the metadata." Kerry said Obama asked him to tell the audience: "if you like your rented tuxedo you can keep it."

Every president since Grover Cleveland has attended the Gridiron dinner, which was first held in 1885. Obama attended the gridiron in 2011 and 2013.