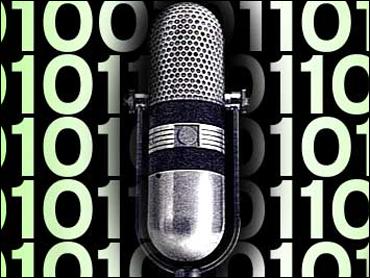 Get ready for a new radio format: "All Tech, All The Time," reports Larry Chiaroni of KCBS-AM.

Radio network AMFM of Dallas and CNET, a San Francisco-based technology news and information company, are joining forces to offer radio listeners a mix of high-tech news, reviews and interviews.

CNET Radio will make its debut this month on a San Francisco Bay Area radio station, KNEW 910AM, and might be tried in other markets later this year.

Analysts say the format might be successful in San Francisco, near the Silicon Valley, but they aren't too sure about its broader appeal.

"In a high-tech market like San Francisco, there certainly is demand for this," said Christopher Ensley, an analyst with Lazard Freres & Co. "I don't think that's going to be true in every market around the country. It's probably a niche format."

"It's an experiment," acknowledged James de Castro, chief executive of AMFM's Internet operation. "Compelling radio works anywhere. Is this going to be compelling enough to put on AM radio in Dallas? I don't know yet."

Brian Cooley, CNET's director of radio, said programming won't be geared to San Francisco specifically. It could be broken up and used in pieces on stations in other cities, he said.

Cooley said CNET is aiming for listeners in their 30s and 40s. "It's not just for IT (information technology) professionals or investment bankers, nor are we talking to the new user" of technology, he said.

CNET-produced programs will air from 5:30 a.m. to 7 p.m. PT. The remaining hours will be filled with advertiser-provided programs, replays and music or a feed from CNN, executives said.

The station will serve up a mix of breaking news about technology, reviews of new products and interviews with major industry figures. Programs will also be broadcast on CNET's Internet radio service and promoted on CNET's Web sites and AMFM's six other Bay Area stations.

AMFM and CNET will share the station's advertising revenue.

Tim Wallace, an analyst with Banc of America Securities, said the deal represents new media's recognition of the marketing power of an old staple, radio. He predicted it will drive up stock valuations for radio companies.

"The radio companies have been exploring the idea of combining their forces with the Internet. I think we'll see more of this," Wallace said.

Ensley said Internet companies accounted for about 10 percent of radio advertising in the fourth quarter of 1999, and the experimental format in San Francisco will attract them.

CNET produces news on computers, technology and the Internet for its own Web sites and for television. It also owns a 13 percent stake in NBC Internet Inc., the online arm of the NBC television network. It had 1998 sales of $56 million.

AMFM's pending acquisition by Clear Channel Communications Inc. of San Antonio, Texas, is expected to be completed this year and would make it the largest owner of radio stations in the country with more than 800 stations.