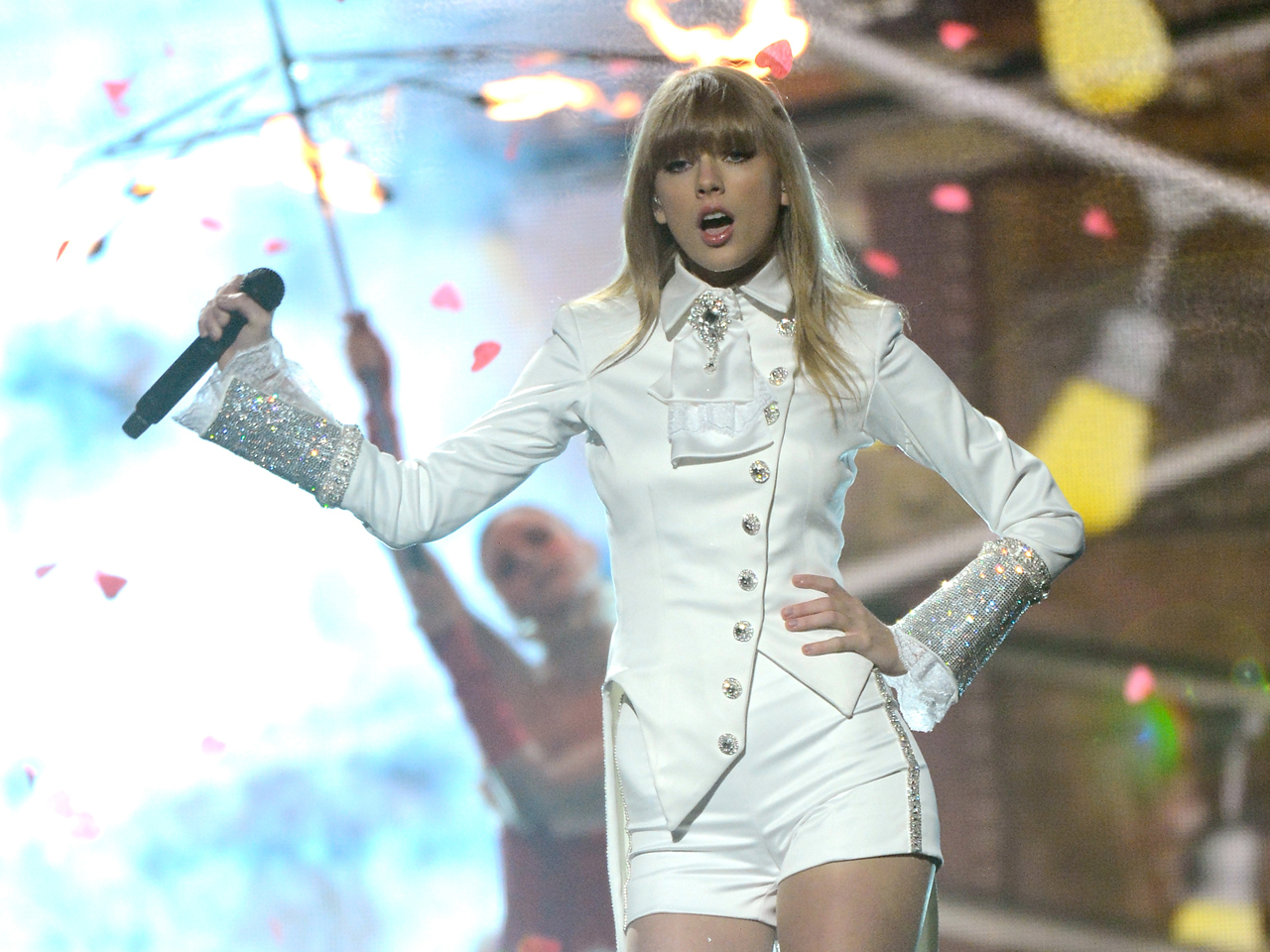 After Swift broke into a faux British accent during her Grammy-opening performance, several One Direction fans took to Twitter to voice their disdain at the apparent dig at one of the singer's former flames, One Direction member (and native Brit) Harry Styles.

The English-accented flourish came when Swift started speaking in the middle of an "Alice in Wonderland"-like performance of her Grammy-nominated song "We Are Never Ever Getting Back Together." She attempted a British accent when she said, "So he calls me up and he's like, 'I still love you,' and I'm like, 'I'm sorry, I'm busy opening up the Grammys.'" Reaction was swift.

"Did Taylor Swift just do an English accent?" director Judd Apatow tweeted immediately after it happened.

Swift and Styles dated late last year, and Swift is known for referencing her ex-boyfriends in her music.