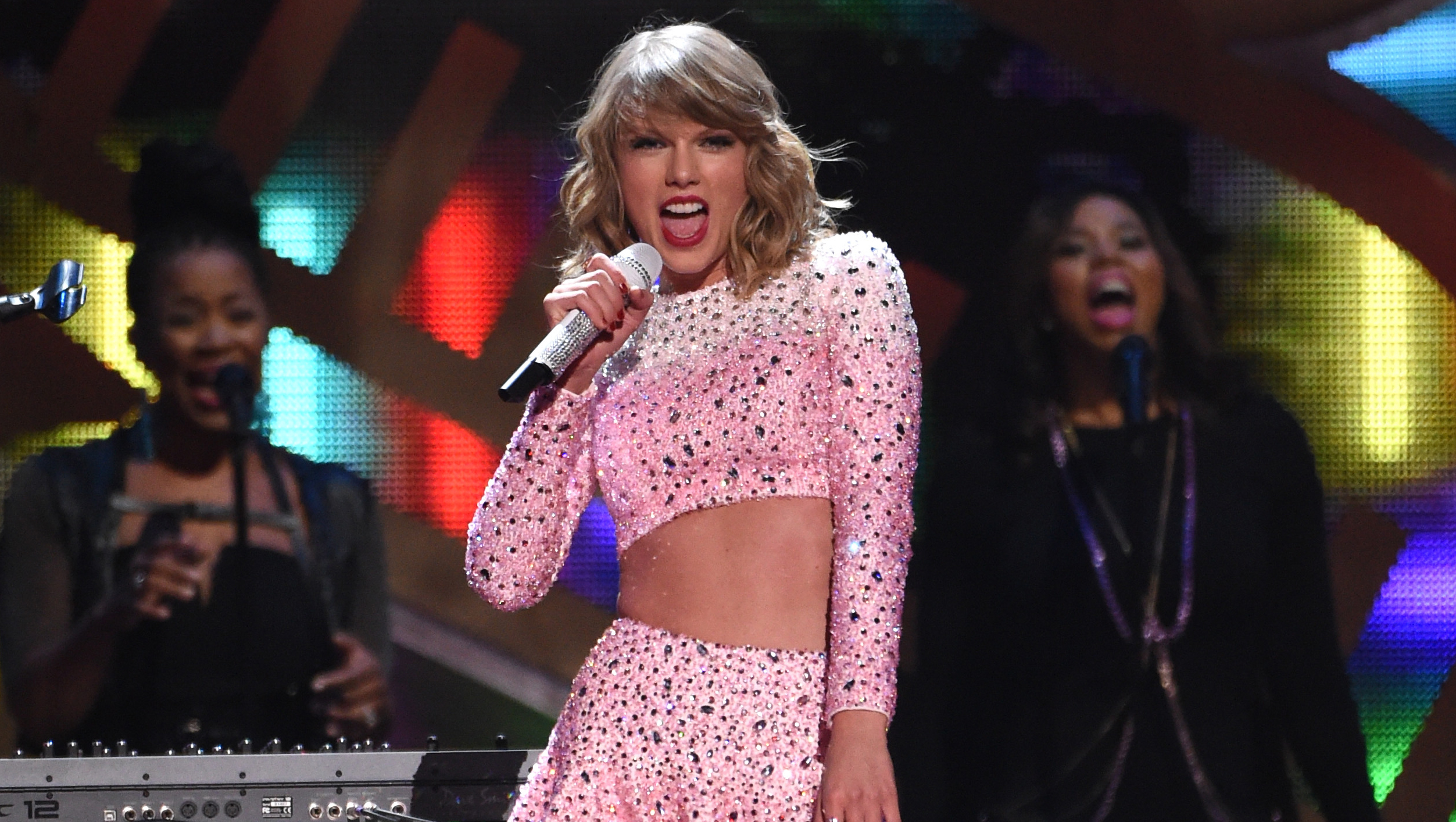 Swift's fifth effort, which she has described as her "very first documented, official pop album," debuted Monday following a promotional blitz that included shutting down Hollywood Boulevard for a performance and releasing three songs to fans early -- including the first single, "Shake It Off."

So now that it's out, what's the verdict? Critics have weighed in with their reviews -- read on to see what they've had to say.

"Deeply weird, feverishly emotional, wildly enthusiastic, '1989' sounds exactly like Taylor Swift, even when it sounds like nothing she's ever tried before. And yes, she takes it to extremes. Are you surprised? This is Taylor Swift, remember? Extremes are where she starts out." -- Rob Sheffield, Rolling Stone.

"Executive-produced by Swift and [Max] Martin, two of the all-time biggest hitmakers, the LP could have been an overstuffed Frankenstein of battling ideas. But instead it's Swift's best work -- a sophisticated pop tour de force that deserves to be as popular commercially as with Robyn-worshipping bloggers; an album that finds Swift meeting Katy and Miley and Pink on their home turf and staring them down." -- Jem Aswad, Billboard.

"At her best (2010's ''Dear John,'' 2012's ''All Too Well''), she's the most vivid songwriter of her generation, able to summon the storm clouds of every heartbreak you've ever had with one couplet and then sweep them away with another. But too often on '1989'she's trying to win at somebody else's game, whittling her words down to generic love stuff over flowy synthesizers." -- Adam Markovitz, Entertainment Weekly.

"Swift's fifth record is a bold, gossipy confection that plays to her strengths -- strengths which pretty much define modern pop, with its obsession with the private lives of celebrities and its premium on heightened emotion. The album's one failing? There's no obvious single here as unequivocally great as 'I Knew You Were Trouble.'" -- Kitty Empire, The Guardian.

"The era of pop she channels here was a collision of sleaze and romanticism, of the human and the digital. But there's barely any loucheness in Ms. Swift's voice. Her take on that sound is sandpapered flat and polished to a sheen." -- Jon Caramanica, The New York Times.

"Swift's genius -- or part of it, anyway -- has been to turn the same mix of unabashed neediness and cunning that can make her tough to defend as a celebrity into rock-solid musical assets. On '1989,' she matches deceptively simple, irresistibly catchy melodies with lyrics that can seem by turns confessional and elusive, playful and aching." -- Elysa Gardner, USA Today.

"As long as Swift writes autobiographically, her romantic affairs will be the subject of speculation, but it's the expertly crafted sound of '1989' that marks her most impressive sleight of hand yet -- shifting the focus away from her past and onto her music, which is as smart and confident as it's ever been. Who are these songs about? When they sound this good, who cares?" -- Sam Lansky, Time.